Dees back depth to replace Oliver 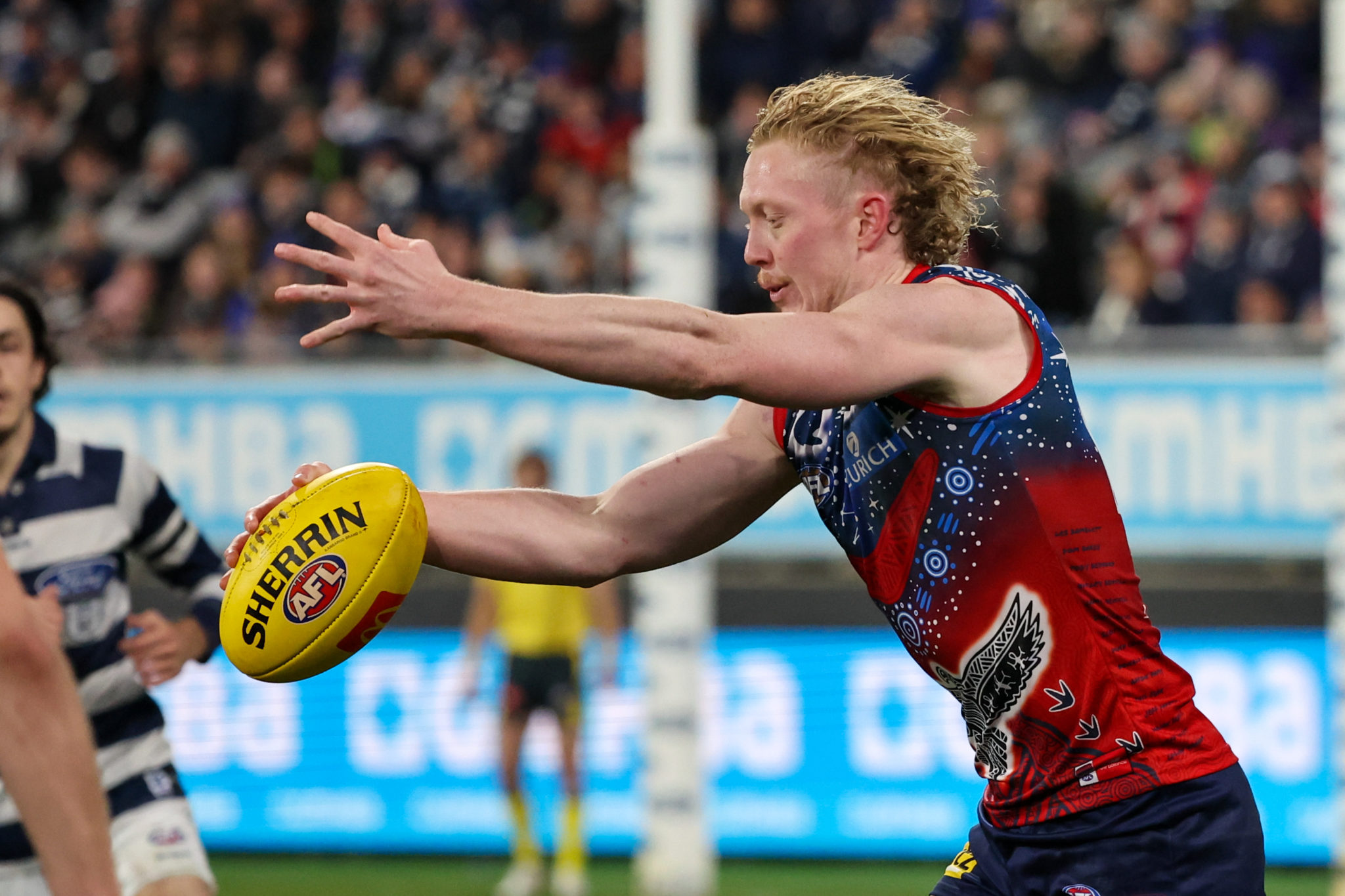 MELBOURNE defender Christian Salem is confident the Demons have the depth to cover for Clayton Oliver while the star midfielder is sidelined with a fractured thumb.

Oliver suffered the injury when he was accidentally kicked by Geelong’s Joel Selwood in Thursday’s 28-point loss to the Cats.

The 24-year-old has since undergone surgery and is likely to miss Sunday’s clash with Port Adelaide in Alice Springs before returning for next week’s encounter against the Western Bulldogs.

Oliver is among the favourites to win this year’s Brownlow medal, and he will be sorely missed against Port at a time when the Demons are attempting to halt a worrying form slump.

But Salem has faith in the team’s depth.

“He (Oliver) is incredible. He keeps getting better each week,” Salem said.

“If he does miss, the good thing for us is we’ve got a lot of boys in the VFL that are AFL ready. I’m sure someone will put their hand up.

“There’s Luke Dunstan (and Jake) Melksham. Just sort of depends on the balance that the coaches want to do.”

Melksham has played just three AFL matches this season, the last being in round 11.

The 30-year-old hit the headlines in June when he punched teammate Steven May after the premiership defender had reportedly made a grand final slur.

Melksham injured his hand in the incident and had to undergo surgery, while May copped a one-match ban from the club for drinking alcohol while recovering from concussion.

Melbourne (12-4) are just percentage adrift of the ladder-leading Cats despite losing four of their past six games.

The Demons have averaged just 74.5 points per game across that stretch in a significant drop in scoring output when compared to the first 10 rounds (93.7).

Salem feels it is wrong to blame the forwards.

“It’s not only the forwards’ responsibility, it’s us backs and the mids delivering it inside 50m.

“We’ll work on that. We’ve got a longer week this week in training.

“It’s something we have been chipping away at, and it’s probably only a matter of time before it turns around for us.”

Salem missed 11 weeks with a knee injury earlier this season, and the premiership defender says he is still working his way back into form.

“I’m not at the level that I want to be at at the moment in terms of output to the team,” he said.

“But I guess that’s sort of expected with being out for three and a bit months. I’m slowly looking to build again this week.”