Eagles coach: “It was an arm-wrestle for four quarters” 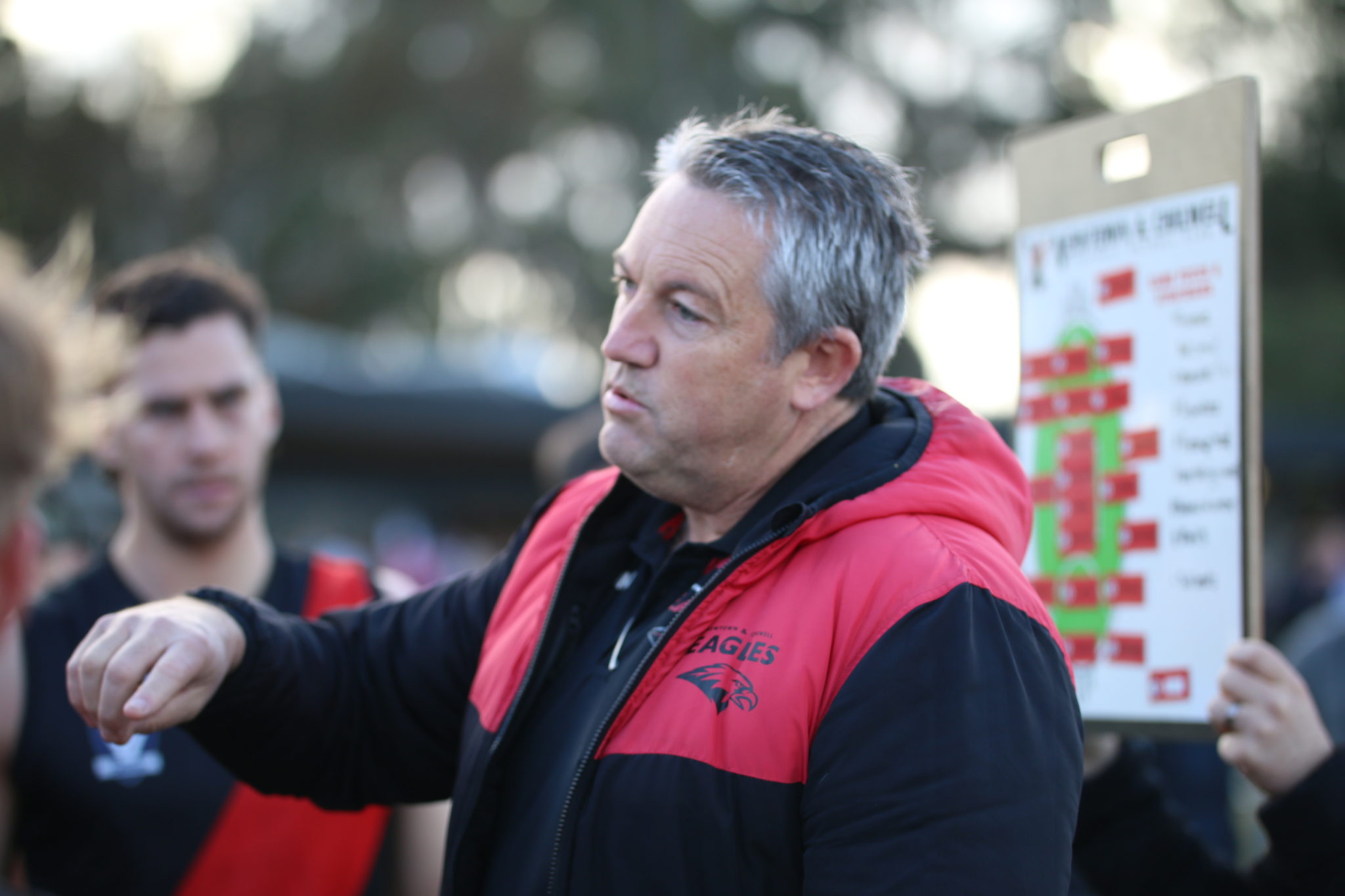 NEWTOWN & Chilwell has been on the right end of a narrow margin after outlasting Leopold in a finals-like clash by five points at Memorial Park.

With its three losses by nine points or less, including by under than a goal to St Mary’s and Colac, the Eagles had their noses in front when it mattered to claim a five-point win, 11.8 (74) to 10.9 (69).

“It was an arm-wrestle for four quarters, and we’ve been in a few of these close ones against some of the better teams in the competition,” coach Damien McMahon said.

“So to be on the right end of one in a tight one was a positive for our football club.”

“I was hoping we had learned a lot from the St Mary’s game a few weeks ago where we had the game stitched up and let it slip in the last three minutes.

“This had a lot of similar elements to that.”

Newtown & Chilwell kicked just one goal in the final term, through captain Matt McMahon, but it halted the momentum Leopold had gained.

He was one of several fourth-quarter heroes the Eagles had.

“He went forward and took an exceptional mark and shot at goal, which was critical in the scheme of things,” Damien McMahon said.

“Lachie Bond hurt his knee but came back on the ground and took a great mark.

“Lachie Waddell in his second game for us really stood up, and the combination of Waddell and (Cam) Wilkinson up against Trent West was something that helped us get over the line.”