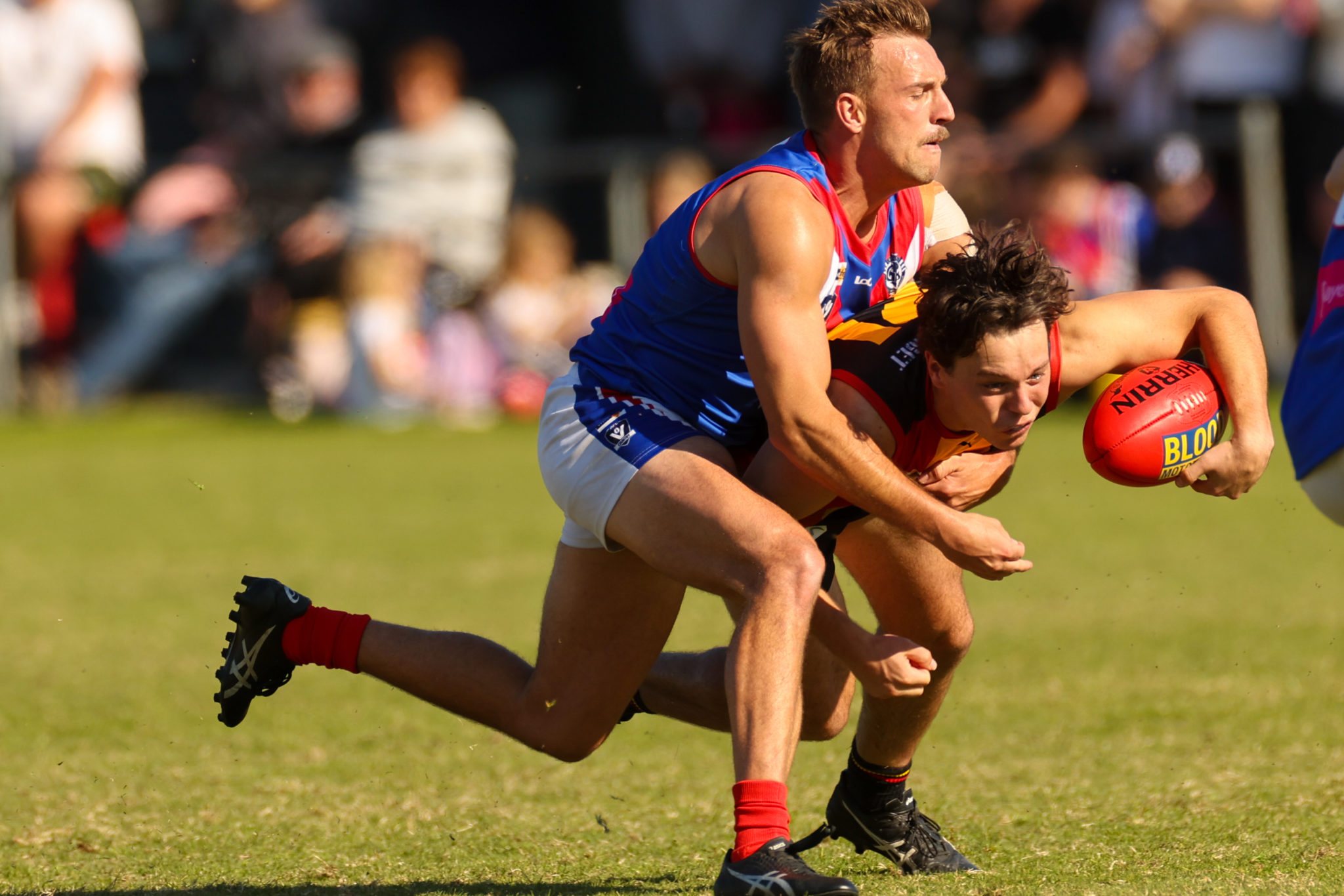 ST JOSEPH’S faces the prospect of being without James Hickey for crucial clashes with South Barwon and Grovedale after being offered a two-week suspension for an incident in Saturday’s win over North Shore.

The reliable defender was offered a set penalty after being reported for rough conduct following a dangerous tackle on young Seagull Will Milsome in the second quarter of the clash at Drew Oval.

Joeys have confirmed they will challenge the ban at the tribunal on Tuesday night.

Bannockburn big man Kieran Fulton was offered a two-week set penalty for a dangerous tackle on Corio’s Blake Ash early in the third quarter of the Tigers’ win at VIVA Energy Oval.

However, after viewing the vision and consulting with the reporting umpire, the MRP has reduced the ban to one week.

If Fulton accepts, he will miss the meeting with third-placed Geelong West at Victoria Park.

Thomson veteran Jackson Macleod’s 10-goal haul against Anakie has been soured after the MRP charged him with rough conduct.

Following a request from the Roos to view an alleged first-quarter incident in the clash at Godfrey Street, the MRP found Macleod chose to bump and made high contact with Nick Kalbarczyk.

Macleod will miss the match-up with fellow top-five contender Bell Post Hill after the Tigers chose to accept the ban.

It was better news for Newcomb’s Corey Ogle, with the MRP finding he had no case to answer for an incident involving Modewarre great Josh Finch.

The Warriors asked for an incident in the second quarter at Grinter Reserve to be looked at.

However, the MRP believed the free-kick and 50m penalty were appropriate in the circumstances.