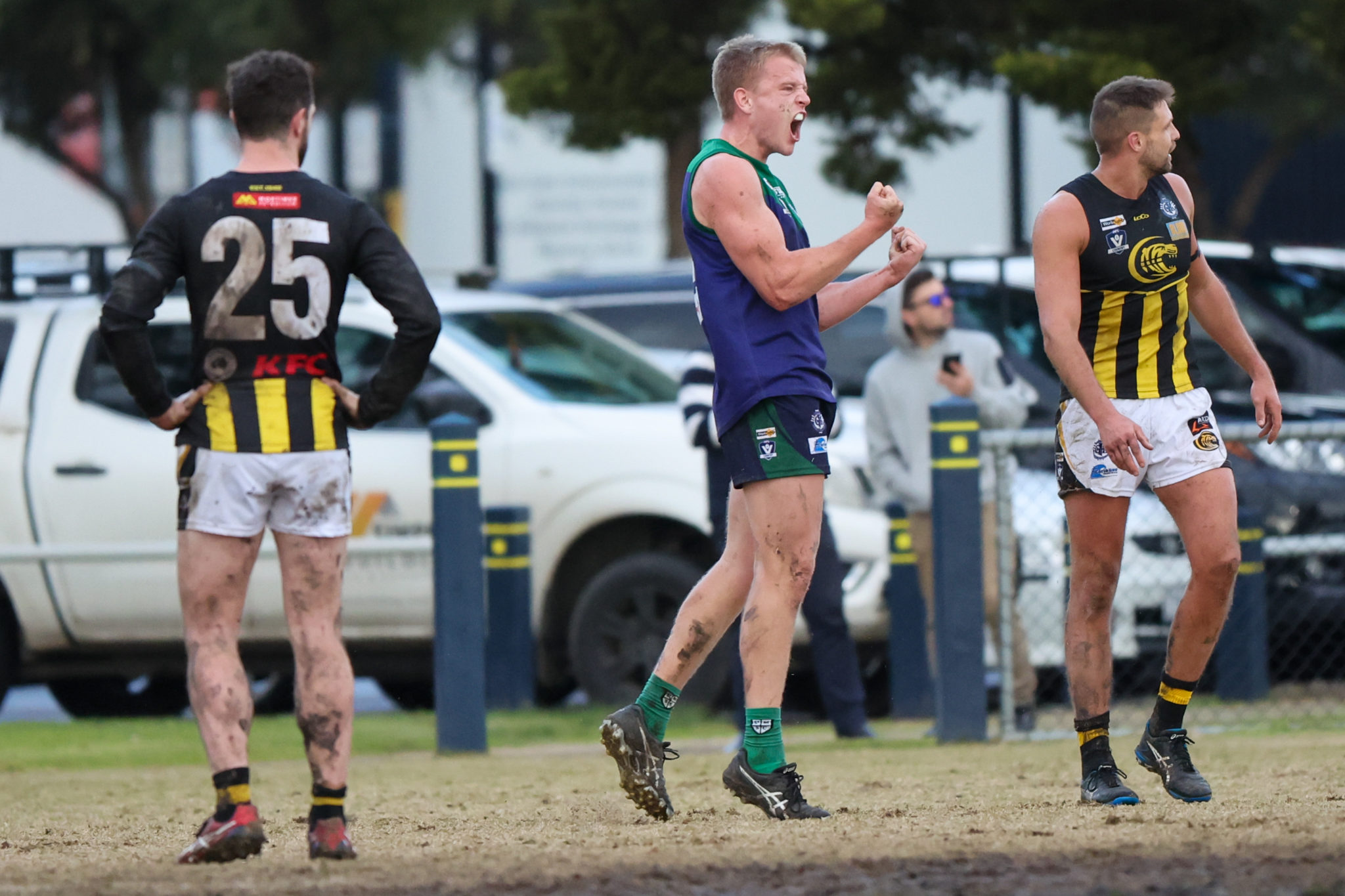 A FIVE-goal burst to round out the top-of-the-table clash between St Mary’s and Colac at Anthony Costa Oval has the Saints in the box seat to claim the GFL minor premiership.

Trailing by 18 points when Tigers veteran Jake McGuane goaled at the eight-minute mark, the Saints held their nerve to kick four goals in the next nine minutes to take the lead.

And as he did against Newtown & Chilwell three weeks earlier, Zak Sherman produced a composed finish to have the final say on the scoreboard in the 12.5 (77) to 9.11 (65) victory.

“I just spoke to the boys about the fact that their resilience is terrific,” co-coach Travis Robertson told Geelong Broadcasters.

“You get three goals down and other sides, potentially, could roll over.

“But they stayed calm, they knew what they needed to do, (and) their last 20 minutes was awesome.”

“I don’t know how many times ‘Garns’ has touched the footy, but he’s had plenty of it,” Robertson said.

“Even ‘Beama’ (Ben Moloney) in the last 15 minutes was influential.

“And we’ve got some young kids who have stood up today as well.”

One of those youngsters was Lachie Peck.

Playing just his 15th GFL senior game, he kicked three goals, including two in the final term, to help swing the momentum back the Saints way.

“He just gets better every week,” Robertson said. “He had a bit of a slow start to the year.

“But the work he puts into his game; into his physical condition, is now paying rewards.

“And he’s a terrific set shot at goal and he can kick a good distance.”

For Colac, it was a missed opportunity to draw level on points with St Mary’s and keep the minor premiership battle alive with five rounds remaining.

However, with the buffer now two games and 12 per cent, a qualifying final appears to be the Tigers’ likely finals starting point.

“We just thought we gave it up late,” co-coach Rowan McSparron said. “We were probably in a position to win it but just didn’t quite get the job done.

“They do like to push hard in front of the footy, and I think we just didn’t quite set up well enough around the ball and just let them have that exit out the front of the stoppage, which, in the end, hurt us.

“You just can’t have lapses against really quality opposition like St Mary’s.

“We gave them 10 minutes in that last quarter where they had footy their own way, which is not what we want to do.”