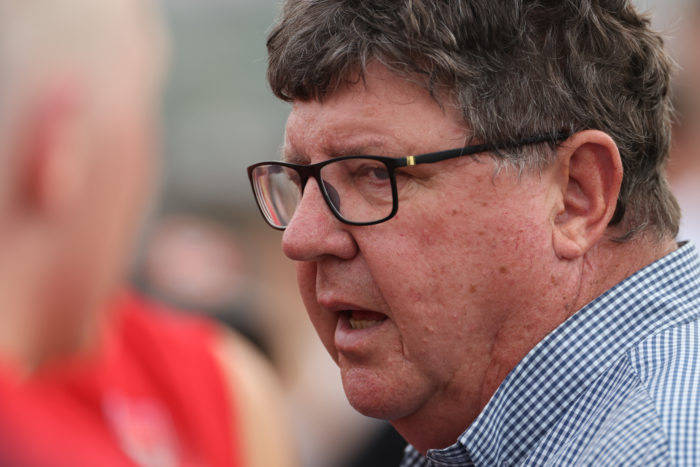 OUTGOING Portarlington coach Pete O’Connor believes the club needs to replace him with an experienced off-field mentor rather than an inexperienced on-field leader.

O’Connor, who the club announced last week would be stepping down from the Demons after three years in charge, says many playing coaches go into the position without a background in the role.

“Most of them haven’t had the experience of coaching because they’ve become good players in the competition,” O’Connor said.

“So, you’re getting a good player, normally, with no coaching experience.

“And coaching’s a hard gig if you haven’t done it before; it’s all about that man-management stuff.

“And that, to me, is the key to coaching.

“Players who come straight from the field with a good reputation haven’t necessarily been doing that sort of stuff.

O’Connor has overseen one of the most challenging periods in the club’s almost 150-year history, with the impact of COVID-19 limiting his ability to turn around Portarlington’s fortunes.

The former Barwon Heads mentor was appointed ahead of the eventually cancelled 2020 season, resulting in his tenure being limited to just 30 games once this year is done.

“Covid’s been really tough for everyone in football,” O’Connor said.

“Last year in particular, with the stop-start nature of the season and we only got 12 games in, it was really tough.

“And it was tougher for us because we weren’t winning, so it was difficult to regenerate and recreate the motivation between the breaks.”

Lowering his golf handicap will be O’Connor’s immediate focus post-August 13.

However, he has indicated to president Steve Cogger he is keen to stay involved with the Demons.

“You don’t want an ex-coach hanging around making a nuisance of himself,” O’Connor said.

“But, if there’s a role or something I can do to help out, then I’m more than happy to help the club out in the future, that’s for certain.”