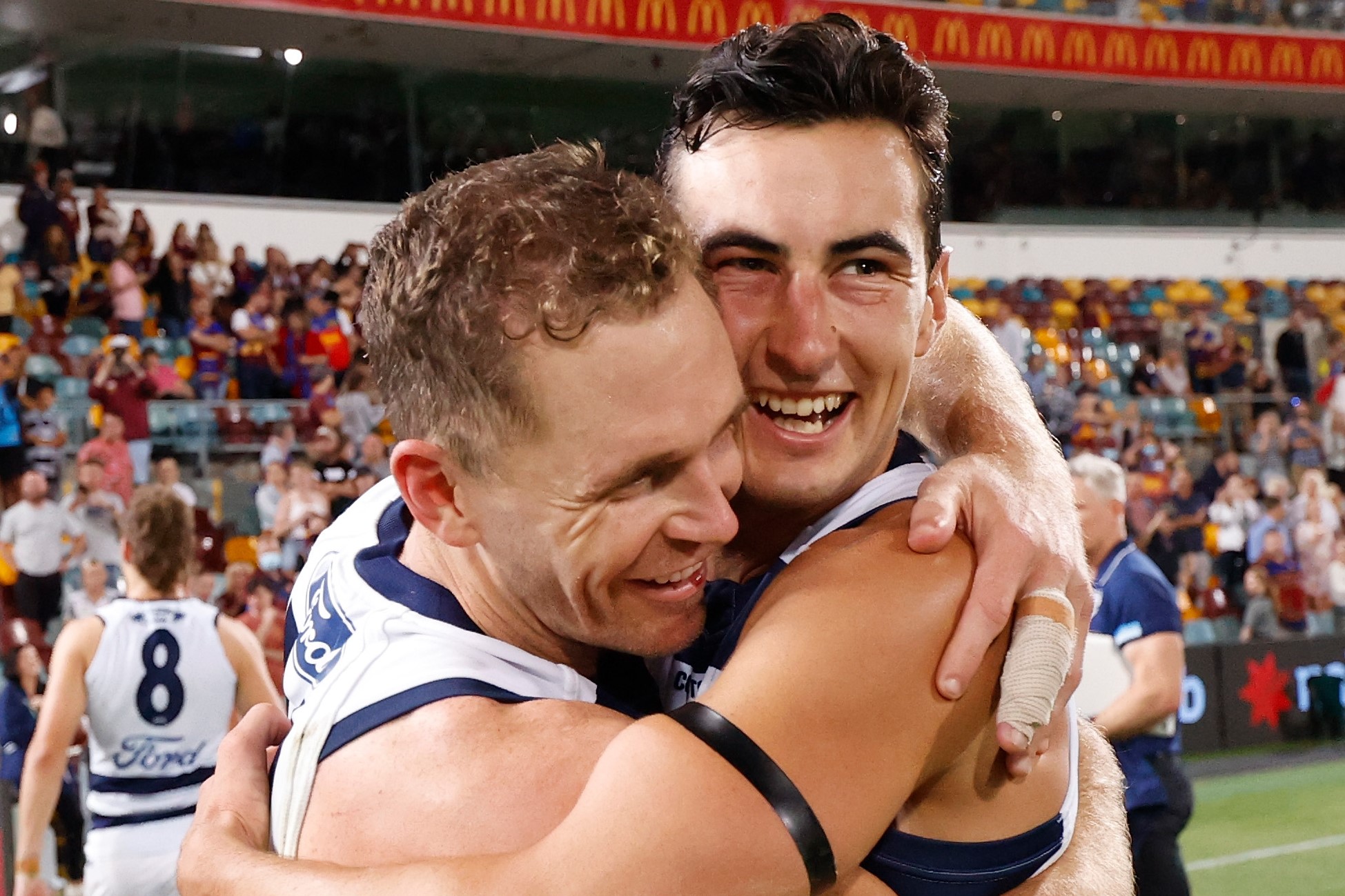 SAM Simpson has been cleared to return to action and will play in Geelong’s VFL clash with Carlton on Saturday.

The out-of-contract 23-year-old, restricted to just 19 AFL games in six seasons on the Cats’ list, has been struggling with the lingering effects of a concussion suffered at training in February.

“After enduring a long recovery period, Sam will be available to play his first game in the VFL this weekend,” the club’s head of medical and conditioning services Harry Taylor said.

“Sam has shown great resilience and commitment through his reconditioning program, and his teammates are rapt to see Sam back playing footy.”

Joining Simpson in taking on the Blues will be draftee James Willis, who becomes the last of Geelong’s 2021

Willis, who joined the Cats with pick no.32 from SANFL club North Adelaide, has battled a knee issue for much of his time at GMHBA Stadium.

“James has been diligently working through his reconditioning program, and it will be great to see James in the blue and white hoops,” Taylor said.

Midfielder Brandan Parfitt has been cleared to return from a broken hand suffered in the Round 12 win over the Western Bulldogs.

Defender Jake Kolodjashnij will be tested later this week as he comes towards the end of the AFL’s 12-day concussion protocol.

The 34-year-old has been limited to just five AFL games and one VFL game this year.

An exact timeframe for his return hasn’t been set, but time on the sidelines will likely impact his ability to be part of the Cats’ premiership push.

“Shaun had a minor surgical procedure last week to clean up his knee,’ Taylor said.

“Shaun will now progress through a reconditioning program with availability set for the medium term.”

Conway suffered a concussion following a head knock in the VFL loss to the Casey Demons on Friday night, while Kroeger has been diagnosed with glandular fever.