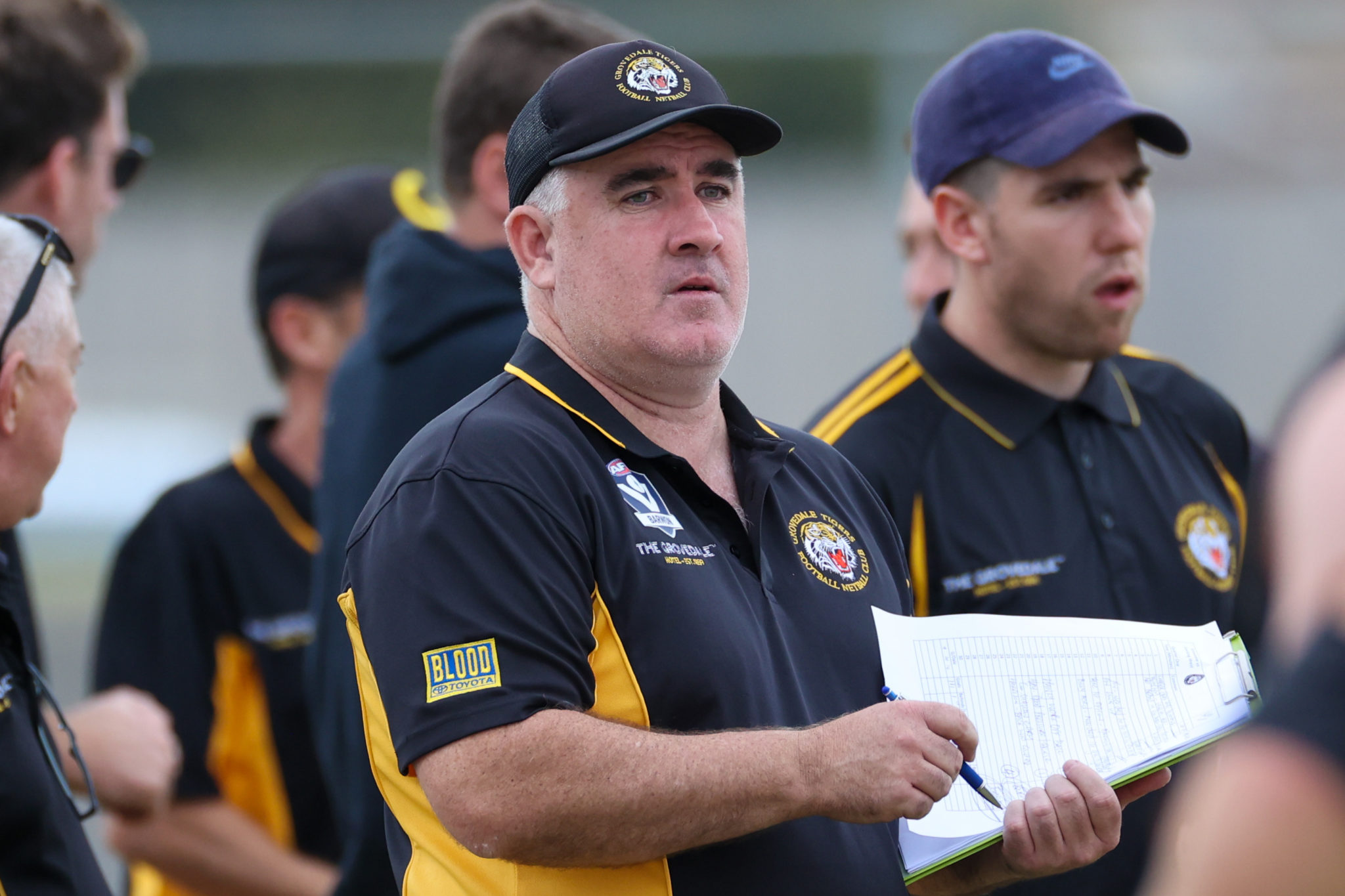 The Tigers have put themselves back into top-five calculations either side of the mid-season break with wins over fellow finals contenders South Barwon and Geelong West.

While a win over Lara on today won’t be enough to snatch fifth spot, a win by South over the fifth-placed St Joseph’s would leave Grovedale equal on points with the Swans with four rounds remaining.

“We’re just keeping it pretty simple. If we keep winning, we keep ourselves in the mix to play finals footy.

“We’re not too worried about what everyone else is doing. If we keep playing good footy and winning week-to-week, then we give ourselves a chance.”

Minor premiership-bound St Mary’s and top-three contenders Leopold are among the challenges facing Grovedale in the run home.

However, Fraser knows the Tigers can’t take their eyes off this weekend against Lara.

“We’re certainly not looking too far ahead … Lara gave us a bit of a scare earlier in the year,” he said.

“We certainly won’t be taking Lara lightly, and we need to make sure we get the job done on Saturday.”

It’s no coincidence that Grovedale’s revival has coincided with the return of Ryan Abbott from Geelong VFL duties.

The star ruck was dominant against South and West, averaging 25.5 disposals, 7.5 clearances, 30 hitouts and 4.5 hitouts to advantage.

“He provides leadership to a really young group, (and) he gives us first use of the footy,” Fraser said.

“The way he’s playing at the moment, he’s running on top of the ground … he’s playing like an extra midfielder.

“He gives confidence to the group when we’ve got a quality bloke Ryan on the field.”

Grovedale will welcome back talented youngster Flynn Young for the clash with the Cats, with decisions to be made on Luke Ford, Marty Brennan and Cam Delaney following training on Thursday.

Fraser is also waiting to hear if Geelong VFL requires Mitch Chafer and whether Tom Gillett, who kicked six goals at NAB League level on Sunday, will be made available by the Geelong Falcons.