Statement win by the Cats 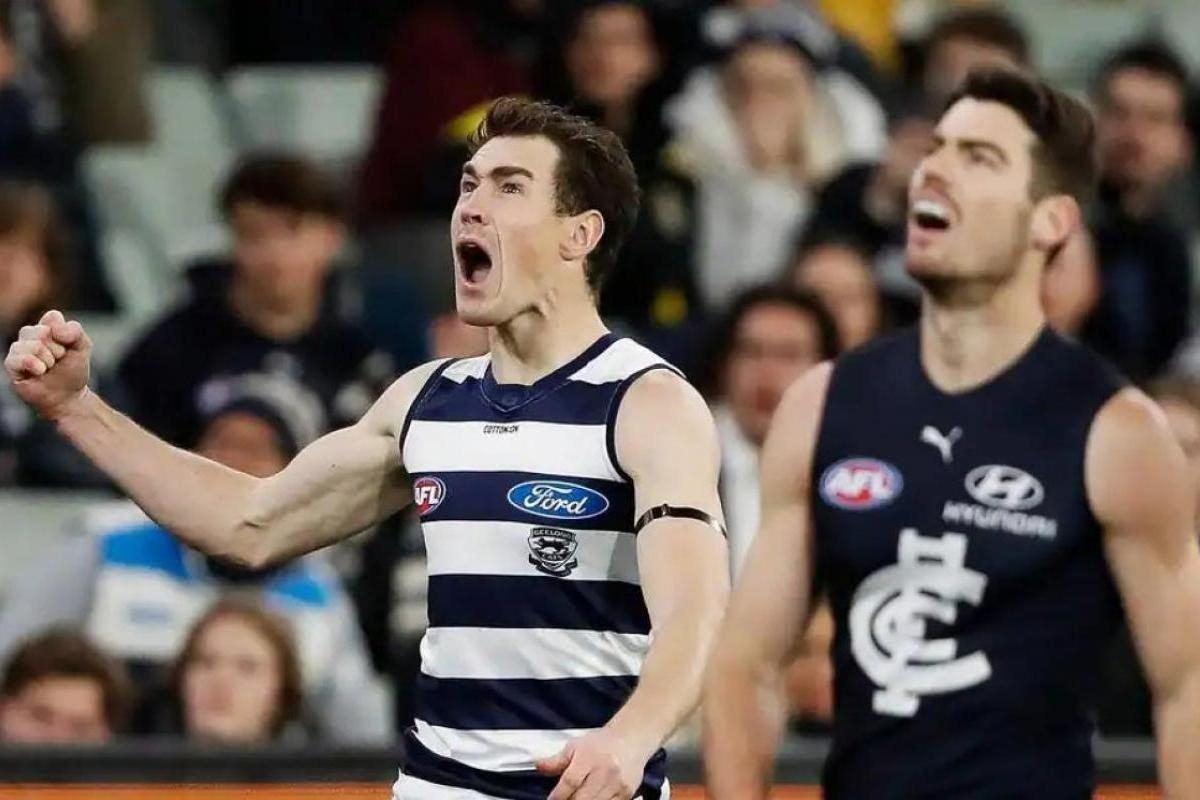 GEELONG has made an emphatic statement, dispatching Carlton by 30 points to consolidate their position on top of the AFL ladder.

Apart from a brief period in the first quarter, the Cats had the Blues’ measure at the MCG on Saturday night to canter to an eighth straight victory.

Geelong (13-4) have not tasted defeat since losing to St Kilda in round nine, making it back-to-back wins against finals teams after their convincing triumph over reigning premiers Melbourne last week.

Curnow played his part with three goals to be arguably the Blues’ most influential player but emerging Geelong defender Sam De Koning blanketed McKay (0.1, nine touches) in another classy display.

Cameron delivered the knockout punch when he snapped an extraordinary goal-of-the-year contender in the pocket late in the third quarter to give Geelong a 29-point buffer at the final break.

The Blues managed just four goals for the rest of the game after booting four in hurry late in the first term.

Carlton’s fierce pressure, a trademark of most of their best wins this season under coach Michael Voss, was lacking.

The only downside for Geelong was winger Sam Menegloa being subbed out with concussion early in the game.

The result leaves Carlton (11-6) a game and percentage outside of the top-four with five games to play as they attempt to secure a finals spot for the first time since 2013.

Geelong will travel to the Adelaide Oval for a clash with the resurgent Port Adelaide next Saturday, while the Blues will host GWS at Marvel Stadium on Sunday.