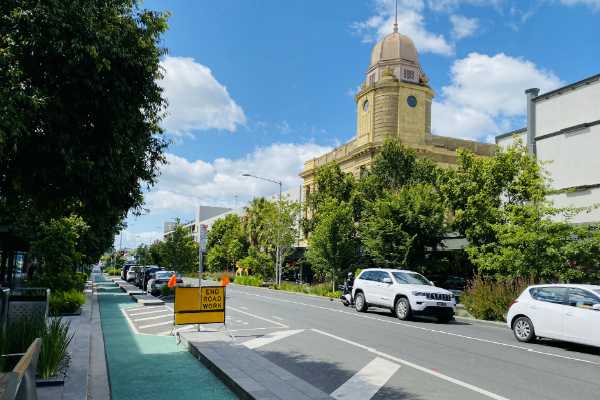 A recent finding from the TWU found the bike lanes in Melbourne’s CBD made the city less safe for transport workers, delivery and truck drivers.

Locally, delivery businesses and truck drivers are increasingly frustrated that separated bike lanes in the Melbourne CBD are continuing to compromise their safety, and many locals are complaining about the lanes lack of use from cyclists, as well as the increased traffic forced to use less driving lanes.

TWU state secretary Mike McNess said lanes make the city a less safe workplace for its members because of access and parking problems.

“Let’s be clear – transport workers are an essential component of the CBD’s infrastructure and cannot just be kicked out of the city,” he said.

“All road users, particularly essential transport workers in the course of their jobs, must have a seat at the table in genuine consultation to create safe working zones.

“Transport workers move millions of dollars of cash throughout the city and need accessible, safe working zones close to businesses and banks.’’

The removal of safe loading zones puts the lives of delivery drivers, cyclists and pedestrians at risk. The council did not consult with the transport industry before removing the zones. Other cities manage to have both, there’s no reason why Melbourne shouldn’t.