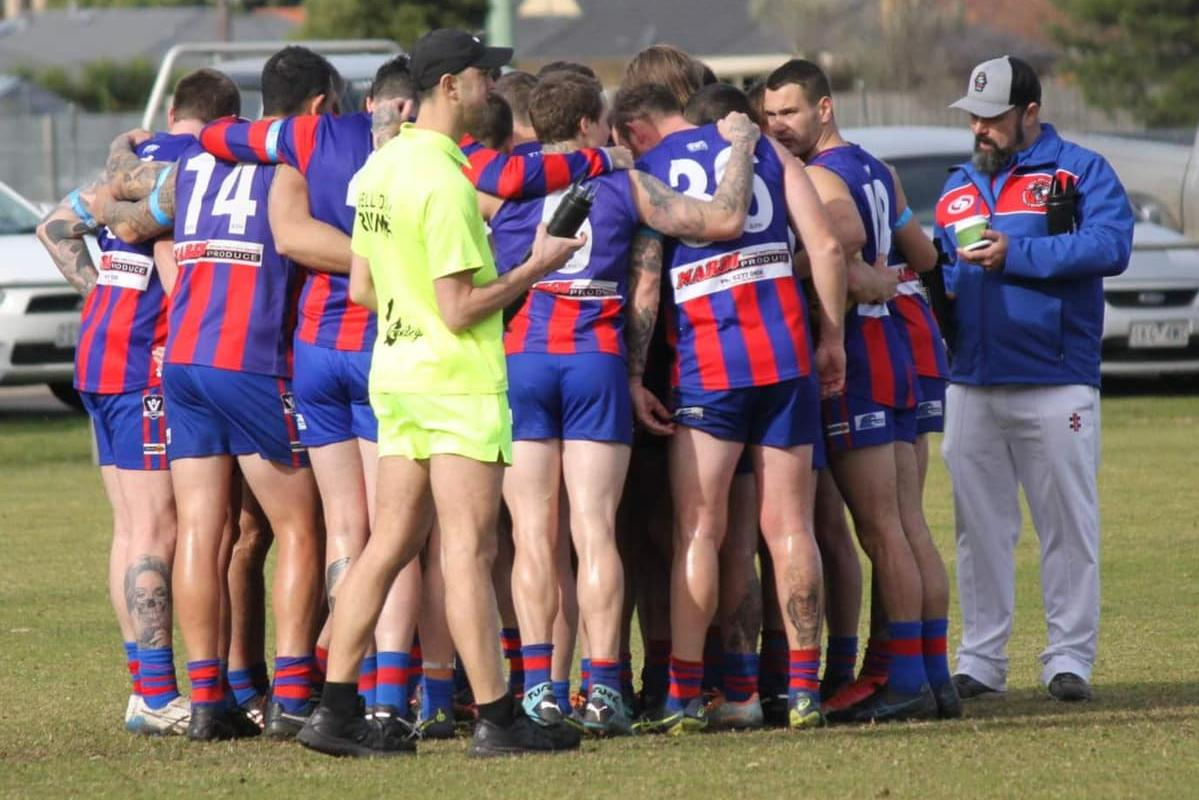 Bell Post Hill held off Thomson at Myers Reserve by eight points to move a game clear of the Tigers in fifth spot.

It was one of two goals from Costello. Jayden Ettridge, in his first senior games of the season, also kicked two goals.

League-leading goalkicker Will Ford was held to one goal by Thomson defender Travis McGuire.

Jordan Camm, Sam Green and former Belmont Lion Shane O’Connell each kicked two goals for the Tigers, who lost Sam Jacka and Daniel Freeman on the morning of the match.

McGuire was supported in defence by Steve Salajan, whose intercept marking was a feature.

Image: Bell Post Hill during their win over Thomson on Saturday [https://www.facebook.com/bphfnc]