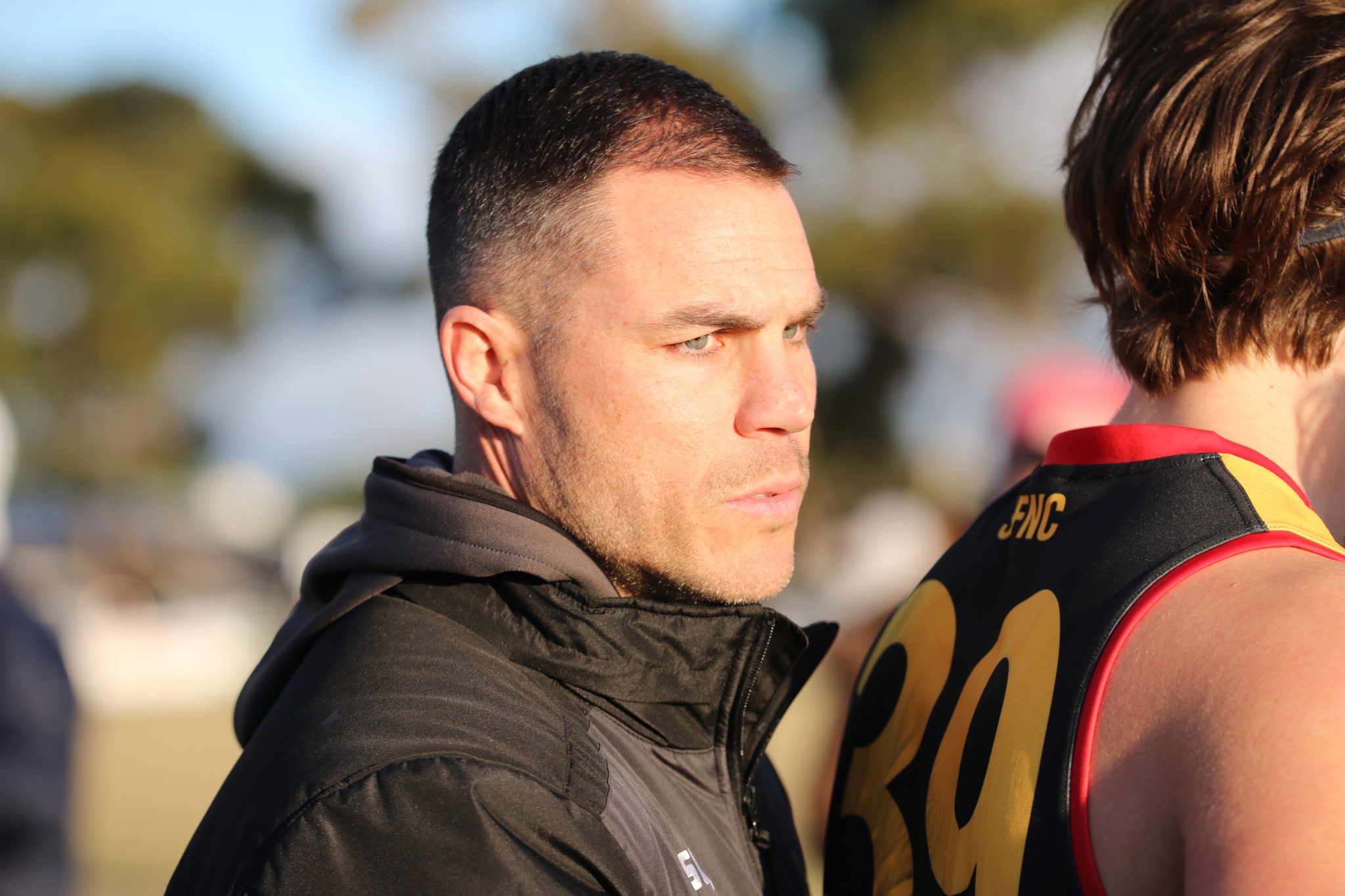 Kicking with the aid of the breeze blowing to the northern end of the ground in the opening term, Joeys banged on seven goals to one to open up a 37-point lead at the first change.

“We spoke about having a really fast start and weathering the storm,” Carson said.

“We knew a fair bit was riding on this result for South Barwon, and we figured they were really going to throw the kitchen sink at us.

“So for our boys to jump out of the blocks with 7.2 at quarter time, it was the perfect start and really set us up for the day.”

The win keeps St Joseph’s in fifth spot, one game and percentage clear of Grovedale, which it plays in a mouth-watering clash at Drew Oval in Round 15.

Victory over the Tigers will give Joeys a two-game buffer with three rounds remaining.

“It’s really good to play these teams in a very similar position to us on the ladder,” Carson said.

“I certainly do the sums in my head, and I know our coaching staff do.

“I don’t know if the players look into it as much.

“It becomes another big game for us.”

After a stint in the reserves, which yielded 25 goals in three games, Ayden Gras returned to kick three goals for St Joseph’s.

“He started like a house on fire,” Carson said. “He kicked two of the first three goals and looked really clean and sharp.

“As the game wore on, he got a little bit more fatigued, and I think that’s just the difference between 12 and 2 o’clock footy.

“But, late in the game, he kicked a really important goal into the breeze.

“He’s come on in and leaps and bounds, and I’m really proud of his efforts.”

The Swans’ season could be as good as over if it can’t upset St Mary’s at Anthony Costa Oval on Saturday.