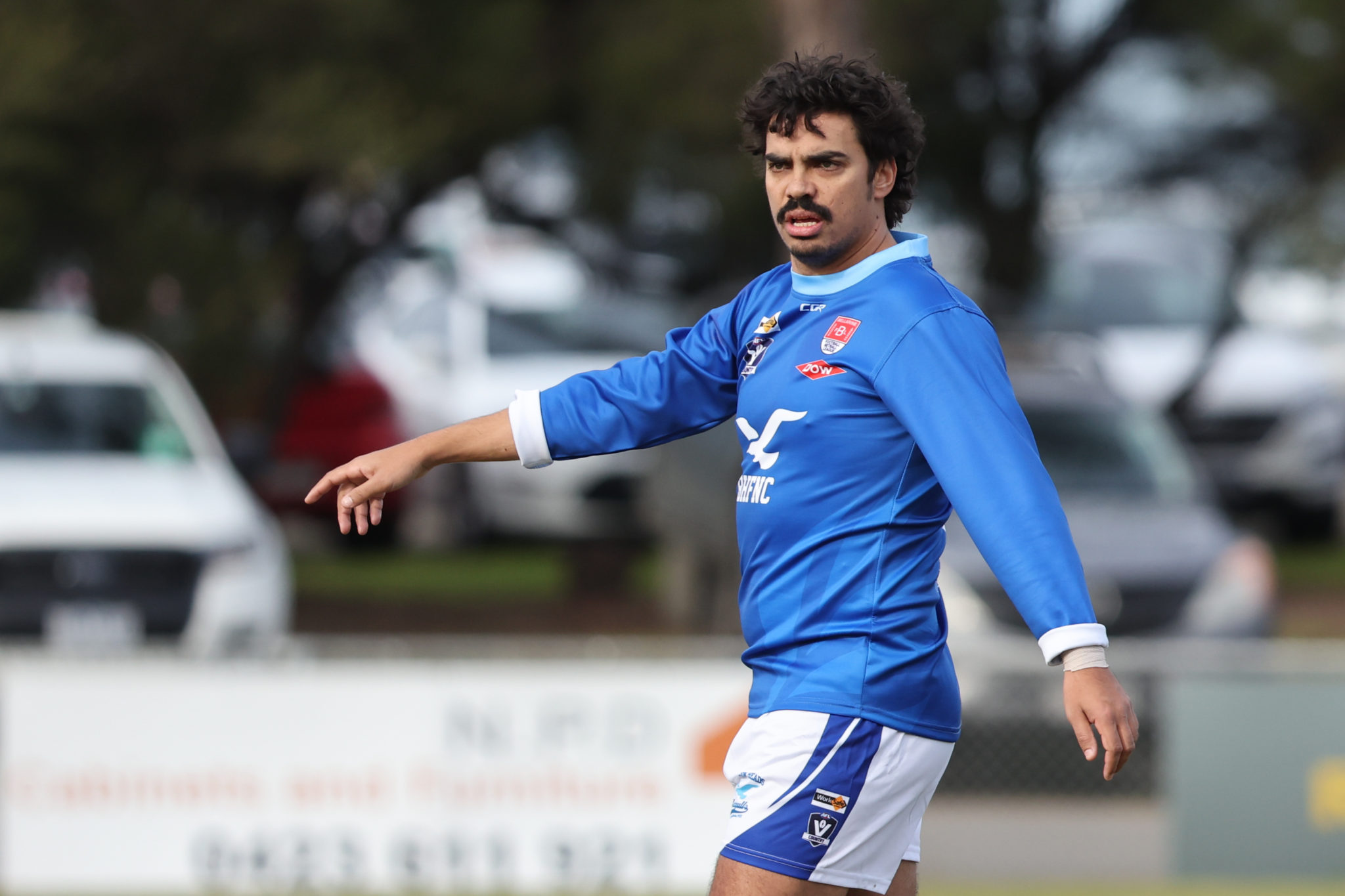 TONY Armstrong has won rave reviews from coach Dan Donati following his debut appearance for Barwon Heads in the 67-point win over Newcomb at PlasterCom Oval.

After first training with the Seagulls in mid-June, the former Sydney, Collingwood and Adelaide player turned media personality became available for the first time on Saturday, and he didn’t disappoint.

“He was fantastic,” Donati said. “He uses his voice; he’s just one of those guys who fits in and makes a real effort.

“He played across the half-back line; I played him on a wing and up forward.

“For a guy who hasn’t played footy for a couple of years … for a first-up game, I was really pleased mainly with what he brought to the group.

“His energy, direction, and voice – he was awesome.”

In the first quarter, Barwon Heads kicked into the wind and managed three goals while holding Newcomb to two.

“To come in a goal in front after the first quarter, we did the work, and in the second quarter, we got a bit of reward for effort,” Donati said.

“The second half was a bit tighter and harder to score.

“But, I was really pleased in the end because I really rate Newcomb as a competitive outfit, so it was a good win.”

Logan Mitchell was a standout for Barwon Heads, while Donati was also impressed with the performance of Bendigo product Darby Graham in the ruck.

“Darby’s been really good for us,” he said. “He came in about five or six weeks ago to do a role in the ruck for us.

“He hasn’t played a lot of ruck in his career; he was playing the backline in the reserves.

“But, he just competes. He got his hand on a heap of contests. He got a lot of handballs, a lot of clearances.

“Without Brock Close and Mat Dyer, he’s stood up and done a really good job for us.”

A hamstring injury suffered by young gun Charlie Walter took some of the shine off the performance.

“He’s been really good for us; played every game since Round 1, and he’d kicked a couple of goals and was playing really well yesterday,” Donati said.

“It’s a bad one, so we certainly won’t see him the next three weeks.”

Captain Brenton Rees managed two goals for the Power, with Ryan Jackman and Richie Hollins among their best.

Barwon Heads will host Geelong Amateur in Round 16, while Newcomb has a meeting with top-of-the-table Torquay.