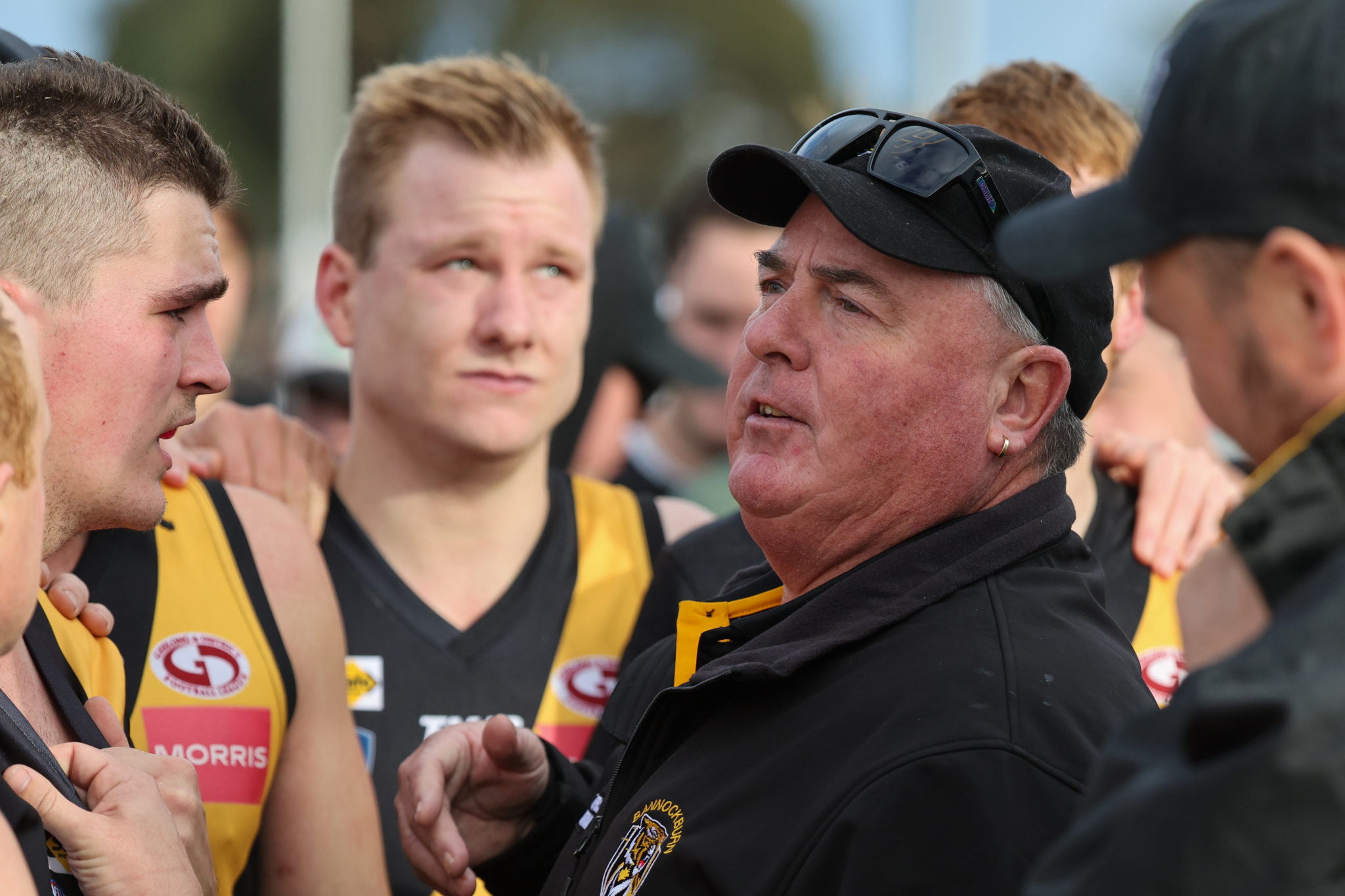 BANNOCKBURN has gained the upper hand in the four-way battle for third spot following a gutsy 10-point over Geelong West at Victoria Park.

The Tigers replaced the Giants in the last of the double-chance positions with four rounds remaining, courtesy of a 10.10 (70) to 9.6 (60) victory.

“It was a big game for both clubs,” Bannockburn co-coach Ron Pilgrim said.

“I spoke to (Giants coach) Mitchy Wight before the game, and we both knew it was nearly a do-or-die to finish top three.

“We did well in the end because we were a bit undermanned, and they probably controlled most of the game, to be honest.

“We were kicking into a 4-5 goal breeze in the last quarter, and we managed to get up, so there was a fair bit of character shown by the boys.”

With its final four rounds featuring teams outside the top five, it was Bannockburn’s last chance to score a win against a team currently in finals positions.

Going into the win over the Giants, the Tigers had a 1-4 record against the other top-five sides.

“To win a game like we did yesterday when halfway through the last quarter we were going to lose, I think it builds some really good momentum coming into finals,” Pilgrim said.

“And it builds belief when you’ve got some players out of your side as well.”

Pilgrim was full of praise for captain Dan Measures’ performance in defence.

“His leadership, particularly in the last quarter, when they were kicking with the strong breeze, repelled the ball time and time again and set up the back half,” Pilgrim said.

“Without Josh Cole at centre half-back, he was really good yesterday.”

Of the nine goalkickers for Bannockburn, Lachie Battaglia was the only one to kick two.

Blake Dye starred with five goals for the Giants to take his season tally to 62.

The Tigers will face Anakie in Round 15, while West hosts North Geelong.