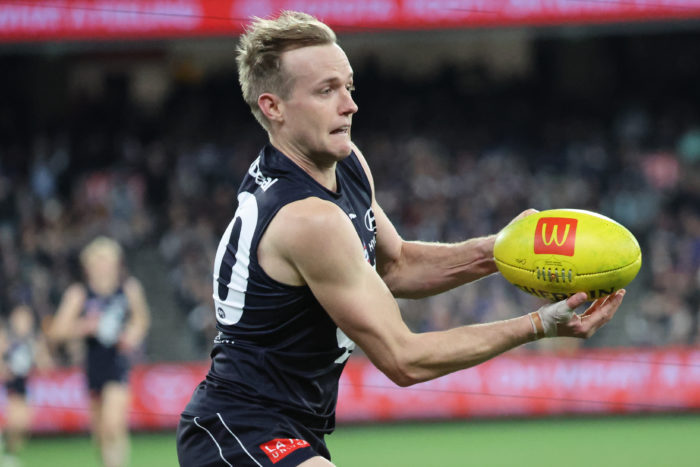 CARLTON has opted against challenging the two-match AFL suspension handed down to Will Hayes for the dangerous tackle that concussed Geelong’s Sam Menegola.

Hayes tackled Menegola to the ground during Saturday night’s clash at the MCG, not realising the Cats midfielder had already lost control of the ball.

There did not appear to be any overt malice in the incident.

However, Menegola’s head struck the ground, and he had no way of protecting himself, which led the match review officer to his decision.

The incident was assessed as careless conduct, high impact and high contact.

Menegola had to be substituted out of the match.

Former Western Bulldogs midfielder Hayes was playing his second match for Carlton – his first in the starting 22 – since being selected in the mid-season draft.

The 27-year-old had 23 disposals in an impressive display but will now miss matches against GWS and Adelaide as the Blues chase a top-four spot.

Menegola has already spent time on the sidelines because of concussion this year after receiving a head knock during a VFL match in April.