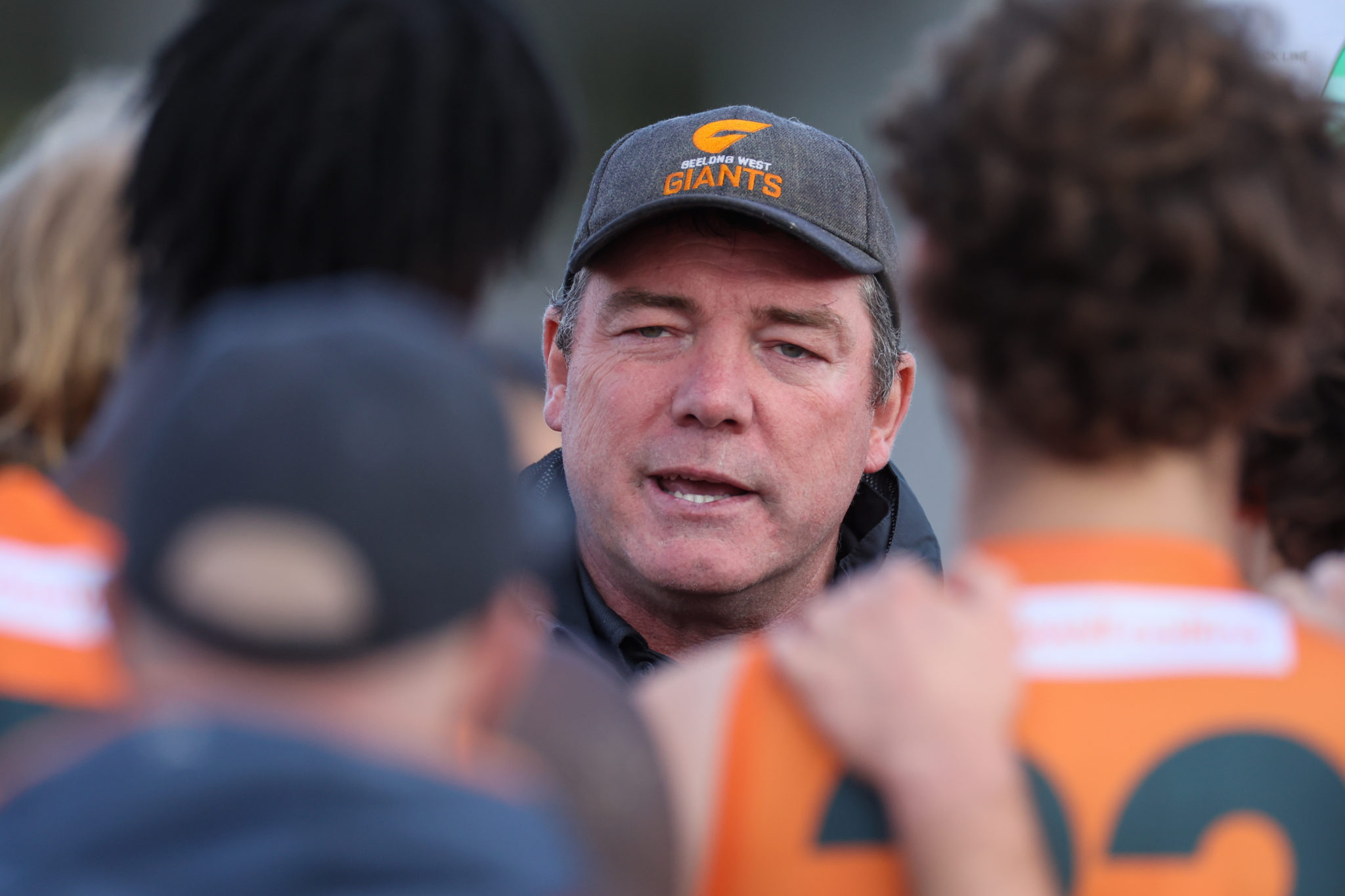 DESPITE its finals flame extinguished by Saturday’s loss to Newtown & Chilwell, Geelong West coach Greg Mellor believes his team still has plenty to gain in the final month of the season.

The 60-point defeat at the hands of the Eagles has the Giants three games and 37 percentage points adrift of fifth-placed St Joseph’s with four rounds to play, extending West’s finals drought to 14 years.

“We’re disappointed; we need to get better, and we need to continue to learn,” Mellor told Geelong Broadcasters

“So, we’re going to look towards building on a couple of things and set a couple of mini-goals over the next four weeks that we can work towards.”

Two more wins would give the Giants their best return in a season since 2008.

“We’re playing sides that are all around us – either just above or just below,” Mellor said.

“We want to make sure we win as many of them as possible.

“It would be nice to win as many of them as possible.

“It would be nice to finish with four wins.”