Ryder in fitness race to play again this year 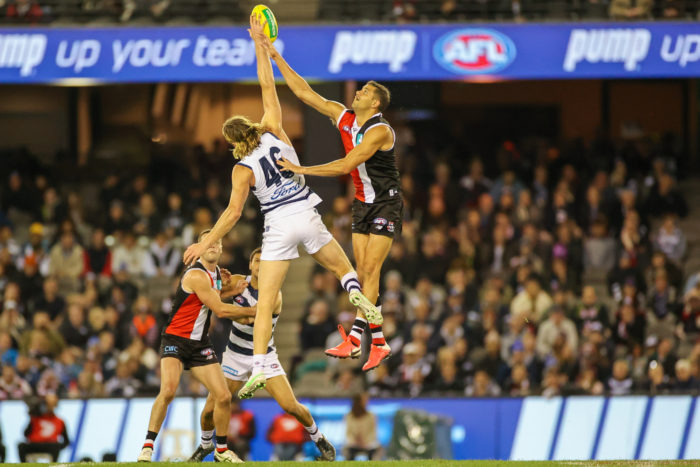 STAR St Kilda veteran Paddy Ryder could miss the rest of the AFL season, casting doubt on his AFL future.

The dynamic ruckman hurt his calf late in the Saints’ disappointing 28-point loss to the Western Bulldogs on Friday night.

St Kilda on Monday confirmed Ryder would miss between four and six weeks after scans revealed damage to his calf.

With five home-and-away rounds remaining, the Saints sit 10th on the ladder and face an uphill battle to qualify for the finals.

Though 34, Ryder remains one of St Kilda’s most important players and forms a lethal ruck combination with Rowan Marshall.

But out-of-contract and with a history of soft-tissue injuries, Ryder is no certainty to play on next year.

Having debuted in 2006, Ryder has played 281 games, including 38 for St Kilda, after moving to Moorabbin from Port Adelaide ahead of the 2020 season.

Saints teammate Dan McKenzie has also suffered a calf injury and will miss up to six weeks.

Meanwhile, Richmond will be without Dustin Martin and Tom Lynch as they look to bounce back from consecutive defeats in their crucial match against Fremantle.

Martin and Lynch suffered hamstring injuries in rounds 16 and 17 respectively and were sidelined in Saturday’s costly upset loss to North Melbourne.

Richmond had hoped they would be fit to return against the Dockers at Marvel Stadium on Friday night, but the Tigers on Monday put a line through the pair for another week.

In better news for Richmond, Ivan Soldo (thumb), Sydney Stack (fractured cheekbone) and Jack Ross (knee) are expected to be available for selection.

Young defender Josh Gibcus is a chance to play despite being substituted out of the Kangaroos loss with a shoulder injury.

Richmond (9-8) is clinging to eighth spot, having lost their past two matches by a combined six points.

They have lost three of their last four ahead of the meeting with fourth-placed Fremantle (12-5), which dropped a home game against Sydney last week.