Farrell to step down 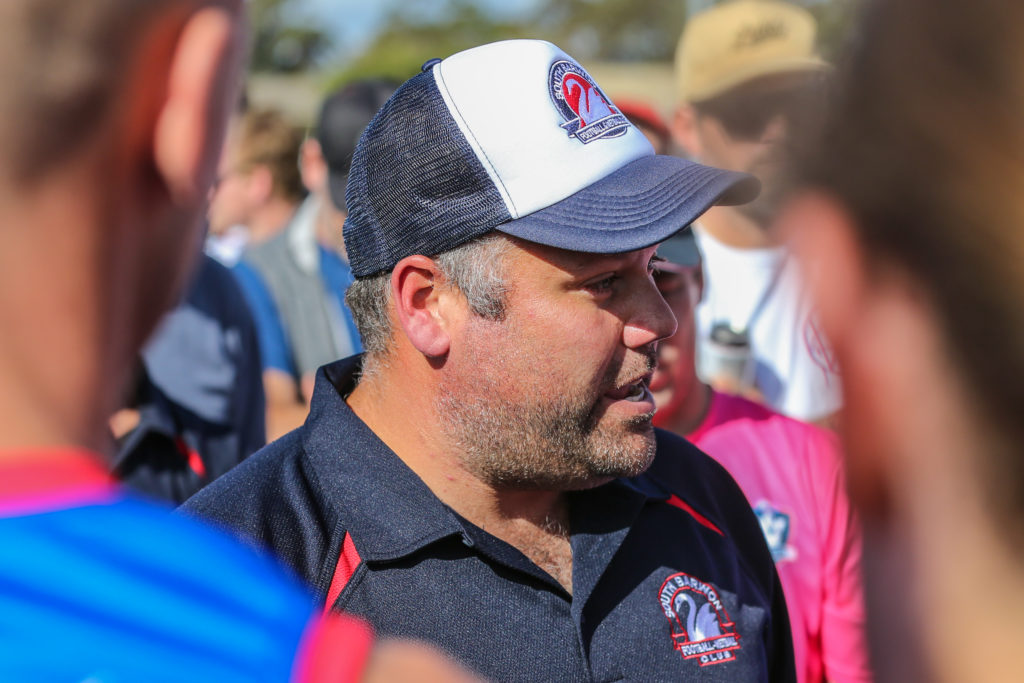 SOUTH Barwon has become the second GFL club to enter the market for a new coach, with incumbent Dave Farrell stepping down at the season’s end.

The highly-rated Farrell informed the Swans’ playing group tonight (Thursday) that he wouldn’t be seeking a sixth-year in charge at McDonald Reserve, believing it’s time for a change at South.

“I know stepping down now is the best thing for this group and our club,” Farrell said.

“A new coach will bring some fresh ideas, and a view through a different lens will no doubt create opportunities for players to explore new roles.

“It will possibly provide opportunities at the later time slot or just develop areas of their game I haven’t been able to.”

Farrell, who has a 36-27 record in charge of South, took the Swans to a first finals appearance in five years in 2018 and a third-placed finish in last year’s Covid-impacted season.

He’s confident his replacement will take on a club well-positioned to challenge for a first premiership since 2013 in the coming years.

“The depth of talent on our list is as strong as anywhere,” he said.

“Our 12pm (reserves) side is currently sitting on top of the ladder despite the availability and injury challenges we’ve experienced this year.

“That is testament to that depth, and for the incoming coach, the list couldn’t be more stable or hungry to keep improving.”

Farrell said the timing of his decision will allow South Barwon to get a headstart on finding a replacement, especially with the door still open for the Swans to snatch fifth spot if it can finish the home-and-away season with four wins.

“Sharing this news now with our season very much alive will ensure the transition to the next coaching group will be seamless; we will do whatever is needed to deliver that,” he said.

“With the split round, we have anywhere between 6 and 9 weeks together to take a big swing at four really strong sides, and I am confident if we can capture our best form for long enough, we can still do some damage.”

Sitting seventh with a 7-7 record, a win over the Saints, and a rare Grovedale win at Drew Oval against St. Joseph’s will have South four points outside the top five.

However, a loss for the Swans and a win for Joeys will all but shut the door on finals.

Image: South Barwon coach Dave Farrell will step down at the end of the season. (Sports Media Image/Marcel Berens)