Flu season could be over 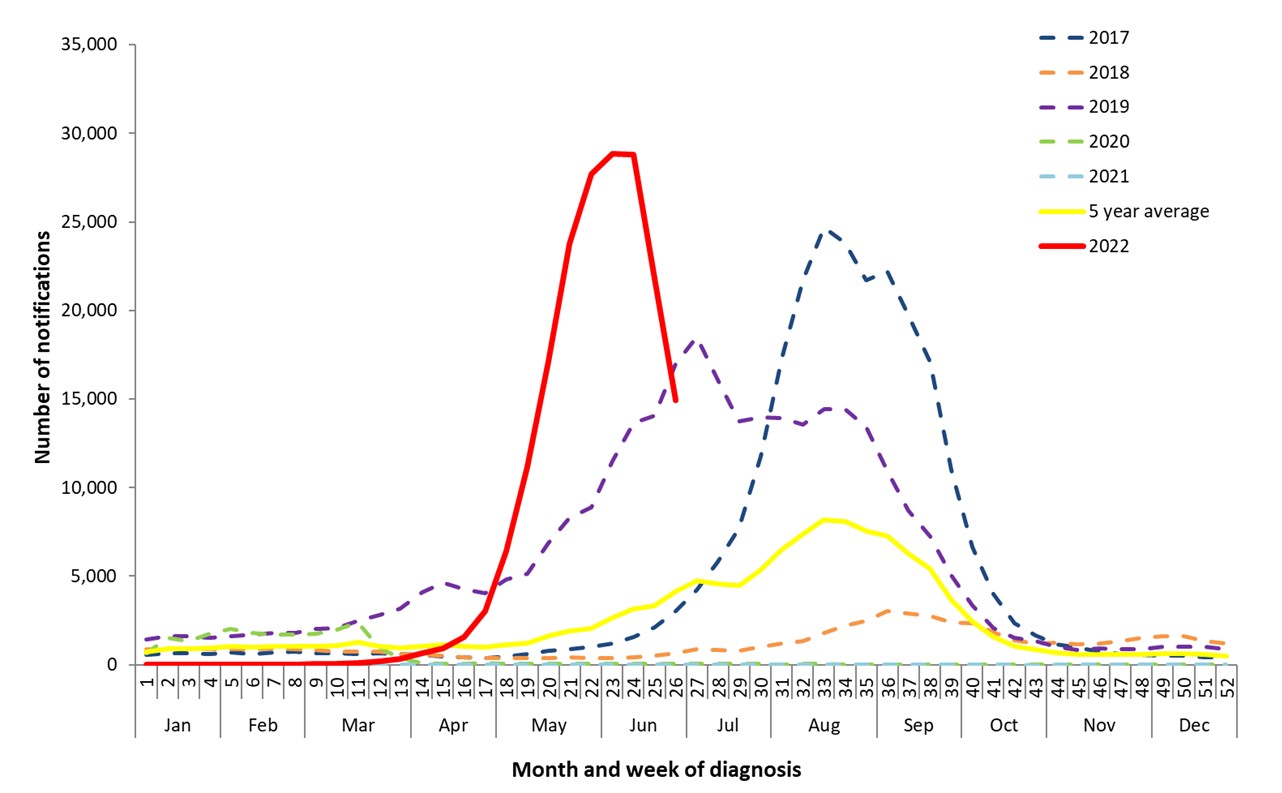 Data collected by the Federal Health Department shows this year’s flu season was earlier, saw higher cases than average, and could be on the way out already.

This comes as State Health Data showed Geelong as the local government area with the second highest number of flu cases –  1,301 cases this year.

Before the pandemic, the flu season peaked in June, September and August for 2019, 2018 and 2017 respectively.

The past two years saw no discernable flu season, with most of the population wearing masks, socially distancing and staying at home due to the COVID-19 pandemic, further showing mandates helped stop the spread of not only COVID, but the flu as well.

The 5-year average set the peak in August.

However, this year the number of flu diagnoses skyrocketed in April, before peaking in May and sharply declining in June.