Roos with something to play for 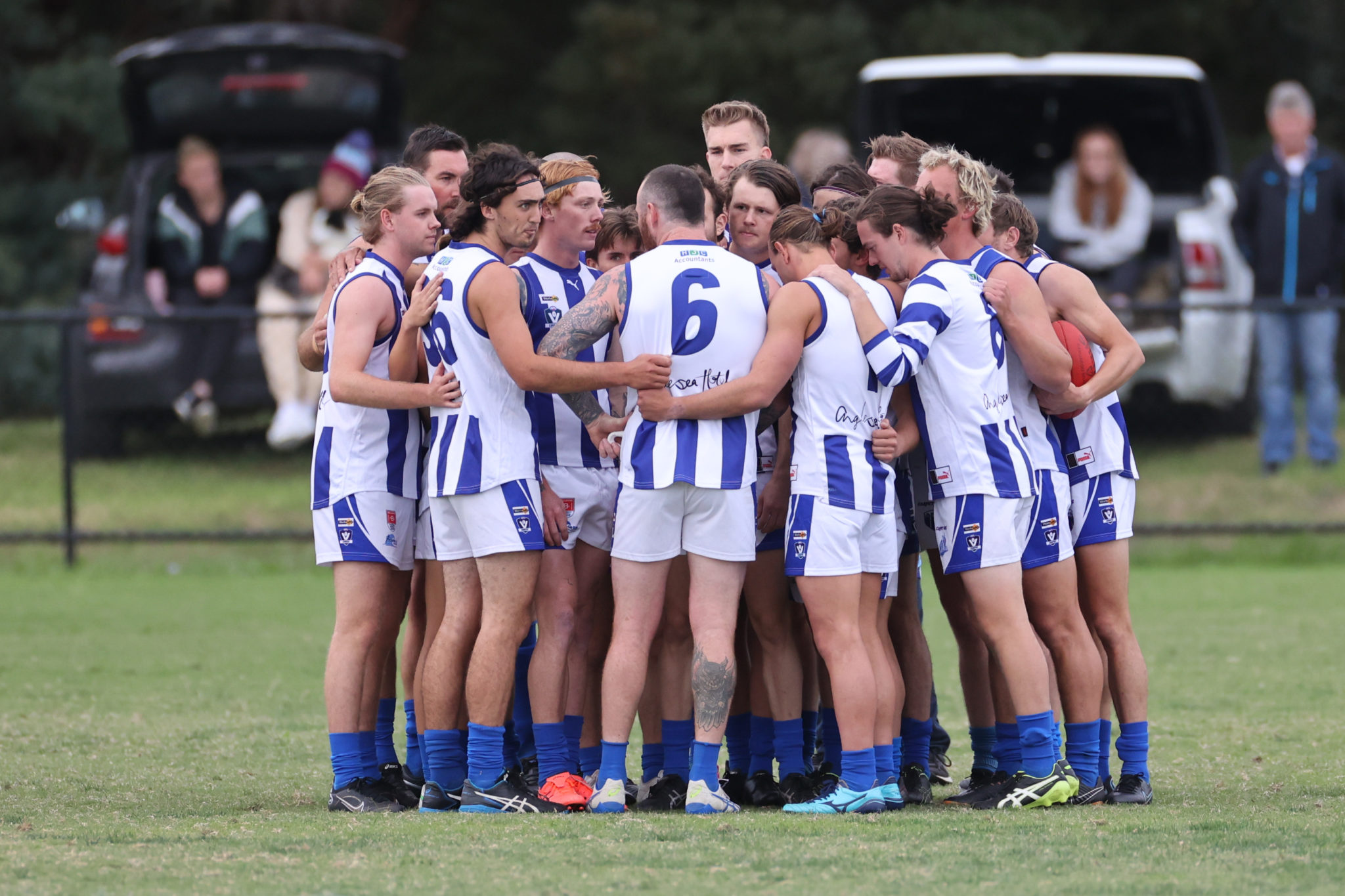 THROWN a lifeline by Queenscliff’s big win over Geelong Amateur, Anglesea co-coach Jordan Keras has urged his players to do everything to keep their season alive for another week.

The Roos host second-placed Drysdale at Ellimatta Reserve, with an upset victory over the Hawks and a loss to Barwon Heads for the fifth-placed Ammos, narrowing the gap to just two points with two rounds to play.

“It’s good not to dead rubbers for the rest of the year,” Keras said.

“There’s a massive opportunity now that Ammos have left the door open, and with them playing Barwon Heads and Torquay the next two weeks, it could make things interesting to the last round.”

The controversial after-the-siren four-point loss to Geelong Amateur in Round 14 is the only time the Roos have got within five goals of a team in the top half of the ladder this year.

However, Keras is taking heart from the Round 7 loss to the Hawks at Mortimer Oval, where the margin was just 15 points at three-quarter time before the home team kicked away for a 46-point win.

“There’s probably to be five or six changes (to our team) from that day in a positive way for us,” he said.

“At our home ground, if we can produce the footy we’ve been playing – we’ve kept ourselves in a lot of games,

“We challenged Modda for a lot of the game a couple of weeks ago, and we expect to do the same against Drysdale.

“If our young boys, who have improved so much, and we’ve got an even contribution across the board, then it gives us a really good chance.”

“We’re going in full strength for the points we have,” Keras said.

“We’ll have a couple of guys playing twos that might have got a chance if the points had fallen that way.

“Even so, I think we’re pretty lucky health-wise for this time of the year.

Max Simpson will likely get the first crack at limiting the influence of league-leading goalkicker Mat Hebbard.

The veteran Hawk is coming off eight goals in the win over Ocean Grove and kicked five goals in the previous meeting with Anglesea in Round 7.

“He (Simpson) has started to really show what he’s capable of and the form he displayed the last couple of years in the bush,” Keras said.

“It’s going to be an interesting battle there.

“But, they’ve got a pretty potent forward line, so we’ll have a few guys doing a few jobs.

“I look forward to seeing how our backs hold up against arguably the best forward line in the comp.”