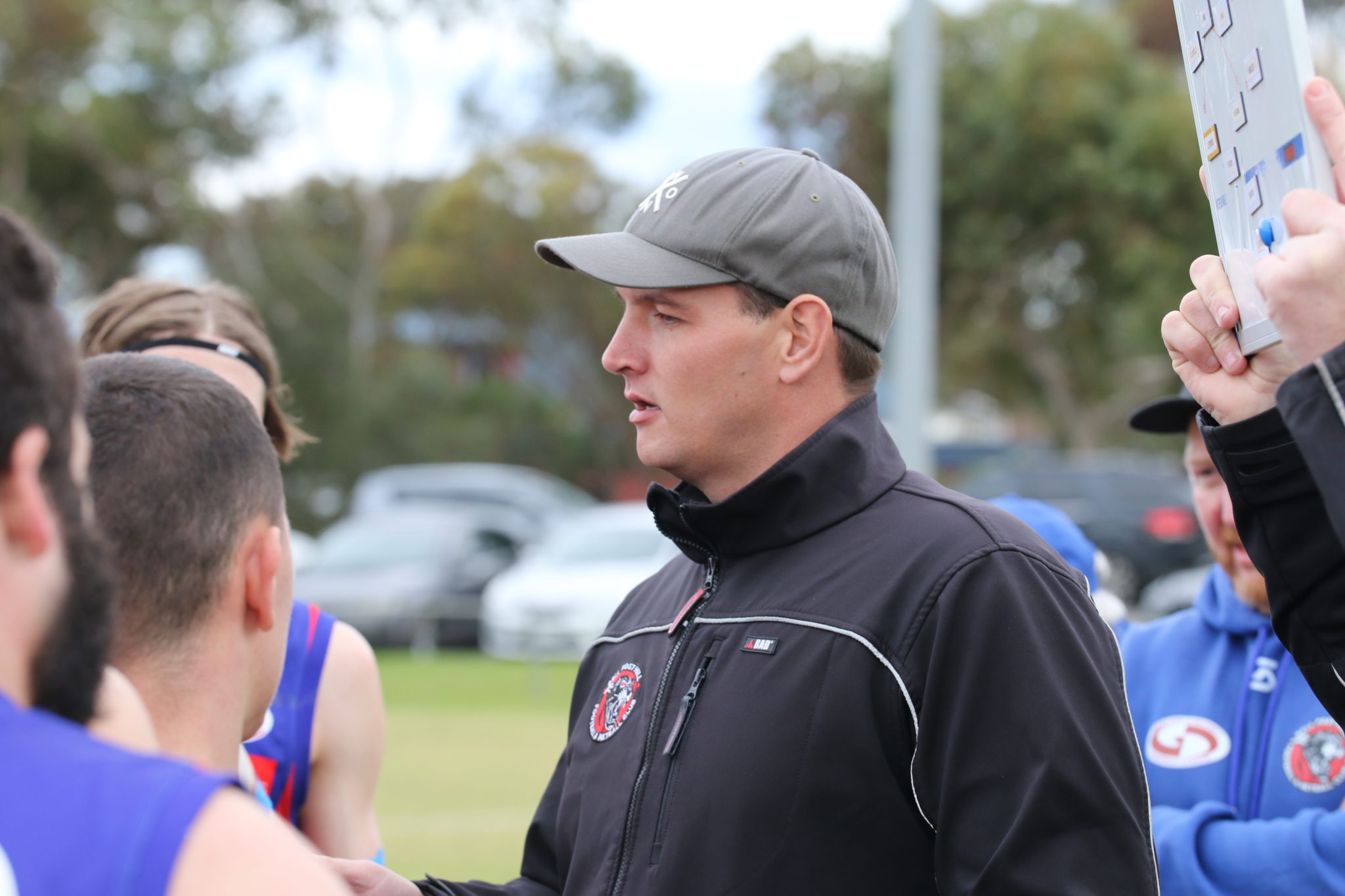 AN eagerness to oversee the transition of Bell Post Hill’s list has seen Justin Tarr jump at the opportunity to continue as senior coach in 2023.

The five-time premiership player has been in charge since taking on the role alongside fellow club great Caleb Bacely ahead of the 2019 season, and since the following year, has held the role solo.

“I’m looking forward to staying on the journey with the boys and working towards that next premiership,” Tarr said.

“When the club asked me if I was happy to continue, I said “yes”.

“I think we’ll add another assistant coach to give me a hand.

“I might look at a couple of line coaches, an assistant coach, or, possibly, a playing assistant coach that’s looking to take over from me when I finish up.

“We’re just working through that now.”

Tarr didn’t expect to be in the role as long as he has, but says COVID-19 has helped extend his tenure.

However, he was steadfast in his belief that he didn’t want the Panthers to bottom out after being part of one of the region’s most successful eras in which the club claimed seven premierships from 10 consecutive grand finals appearances.

“I knew there were going to be some tough times early coming off that dynasty that we had,” Tarr said.

“A lot of guys thought we’d just fall off the cliff and be down the bottom.

“I was adamant I didn’t want that to happen.

“I felt like a fill-in for that first year. But, I think I’ve grown into the role with the confidence and club and the players have given me to keep going.”

After missing the finals for the first time since 2005 in Tarr’s first year, Bell Post Hill was preparing for a qualifying final when the 2021 season was suspended, then cancelled due to COVID-19 restrictions in Victoria.

Following last week’s win over sixth-placed Thomson, the Panthers sit fifth, a game clear of the Tigers, but only percentage behind Bannockburn in third.

A second win for the season over East Geelong on Saturday will keep the pressure on Bannockburn and Geelong West, who should post victories over Anakie and North Geelong, respectively.

“We’re not really thinking about the ladder and finals,” Tarr said.

“We’re just thinking about trying to play our best footy, and it’s a lot more difficult to do against a side like East Geelong.

“But, the boys are excited and looking forward to it.

“East Geelong is a really good side, and they’re definitely one of the favourites to play in the grand final.

“I’m looking forward to seeing how we go as well.”

The Panthers will welcome back midfielder Sam Harmer from suspension, but 2018 Whitley medalist Matt James could miss through injury.