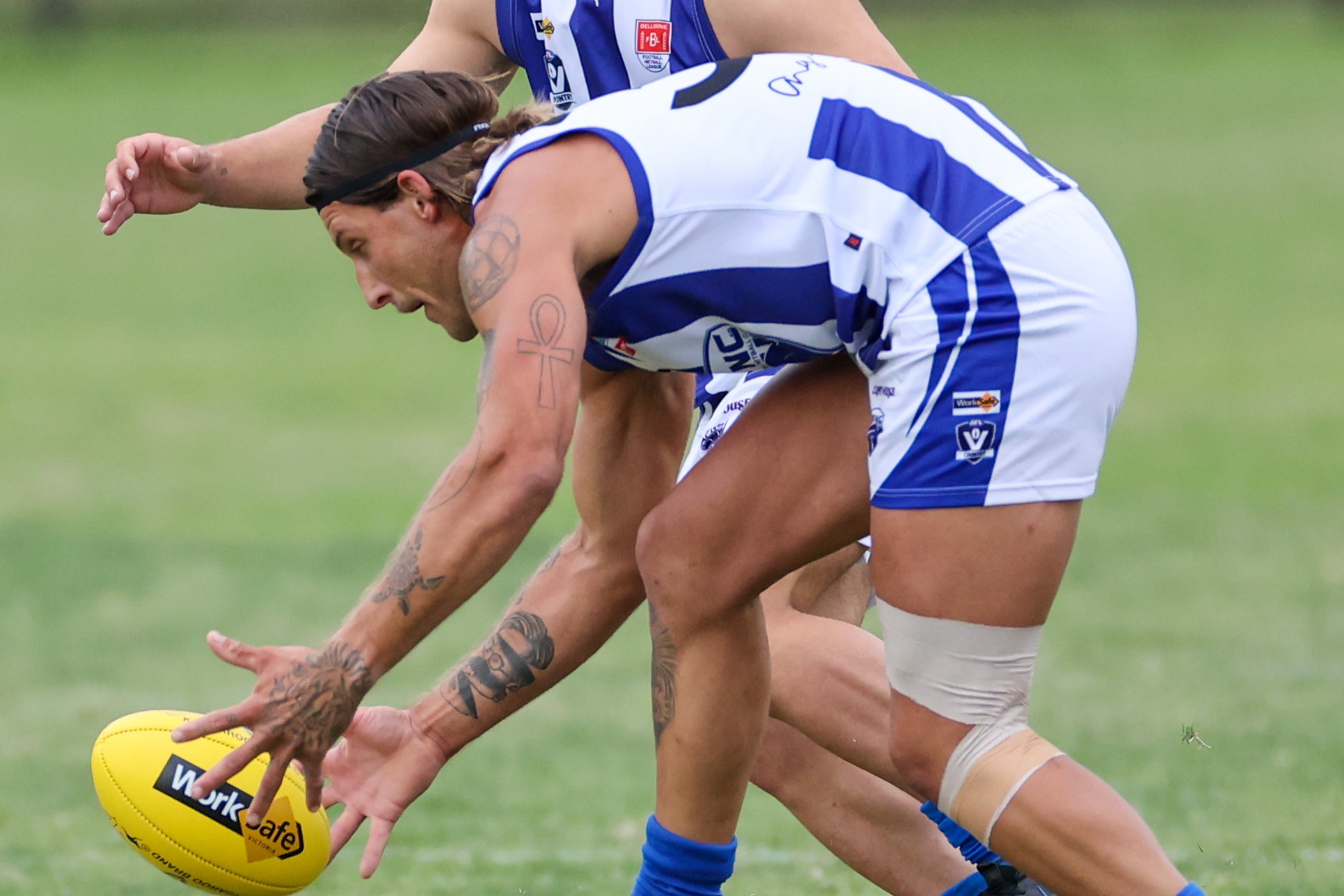 ANGLESEA defender Dylan Blizzard will be hoping the Roos can snatch a BFL finals berth to play again this season after accepting a two-week suspension for striking Drysdale’s Bailey Sykes.

Blizzard, who has played 13 games in his first season at the club, was reported in the final term of Anglesea’s loss to the Hawks at Ellimatta Reserve.

He will miss games against Queenscliff and Newcomb, which the Roos need to win if they’re to be any hope of sneaking into an elimination final.

Blizzard was among four players to accept suspensions from weekend matches.

And Winchelsea will be without star midfielder Jackson Smith for its meeting with finals-bound Bannockburn.

He has chosen not to challenge a one-week suspension for striking Thomson captain Travis McGuire during the final term of the Blues’ loss to Godfrey Street.

North Shore’s Jack Leonard is the only player to face the tribunal tonight.

He has been referred directly to the tribunal on a charge of allegedly kicking Fulton during the second quarter of the Seagulls’ loss to the Dragons at Hi Sushi Oval.