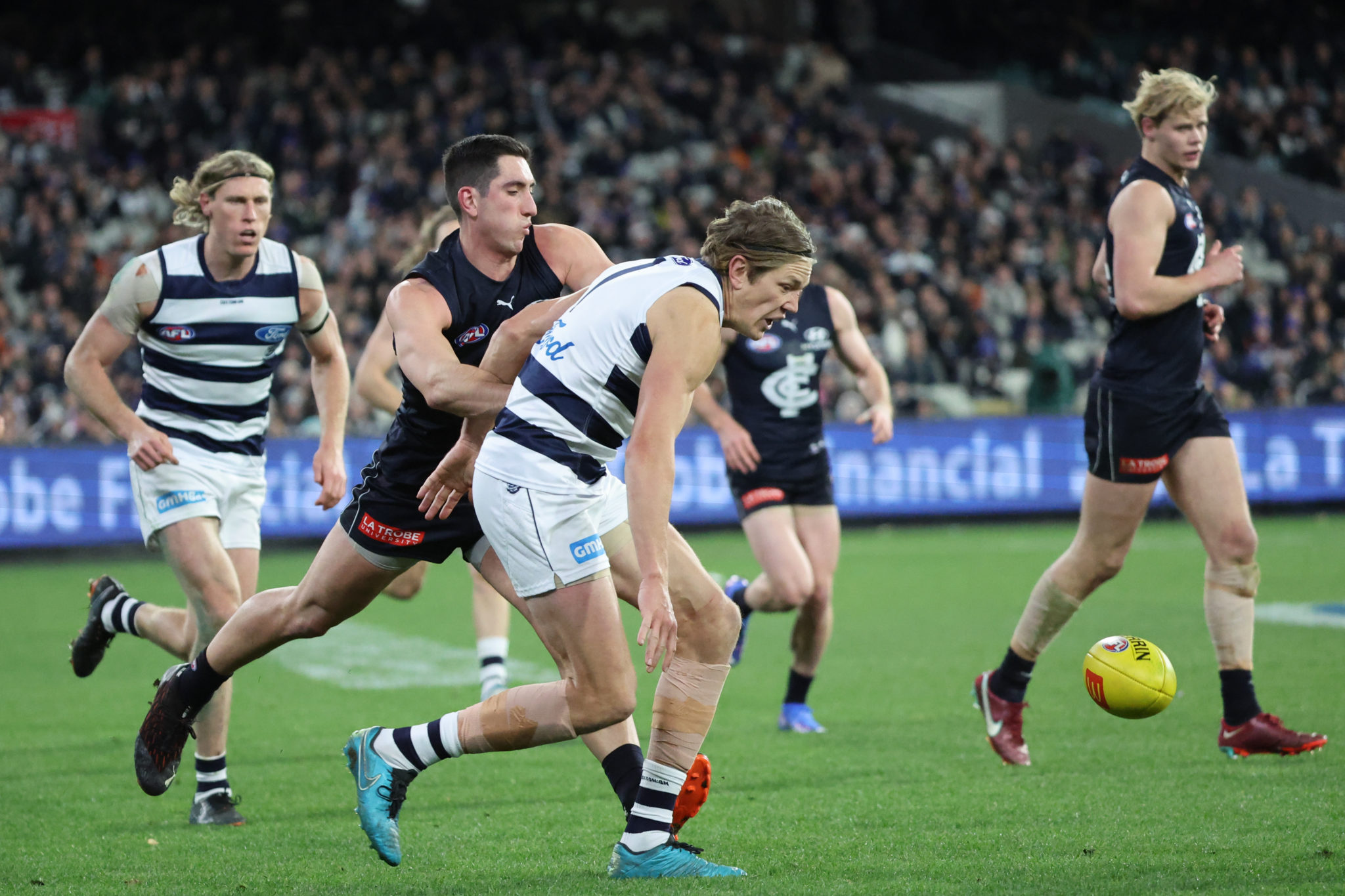 RHYS Stanley could be seen again in the home-and-away season after the Geelong ruck’s knee scans returned with encouraging news.

The 31-year-old, who has made 15 appearances this year, was subbed out of the Cats’ win over Port Adelaide at half-time.

“Scans showed only a minor cartilage injury and some bone bruising, with Rhys expected to be sidelined only in the medium term,” the club’s head of medical and conditioning services, Harry Taylor, said.

With Stanley sidelined, the door has opened for former Hawthorn ruck Jonathon Ceglar to debut in the Hoops at AFL level.

Stanley is part of a shrinking unavailability list, with Tom Stewart to return from suspension and out-of-contract forward Francis Evans (knee) and winger Sam Menegola (concussion) both a chance to be available.

“Francis will be a test later this week to determine his availability.

“Sam is progressing through the AFL concussion protocol and will be a test later this week to determine his availability.”

However, the debut season of Flynn Kroeger is over after being booked in for knee surgery.

“Flynn is having surgery on his knee this week in the hope of fixing a persistent injury that he has had for much of the season,” Taylor said.

“Flynn will undergo a specific reconditioning plan post his surgery that gives Flynn a great chance of completing a strong off-season program.”