Tom to play on 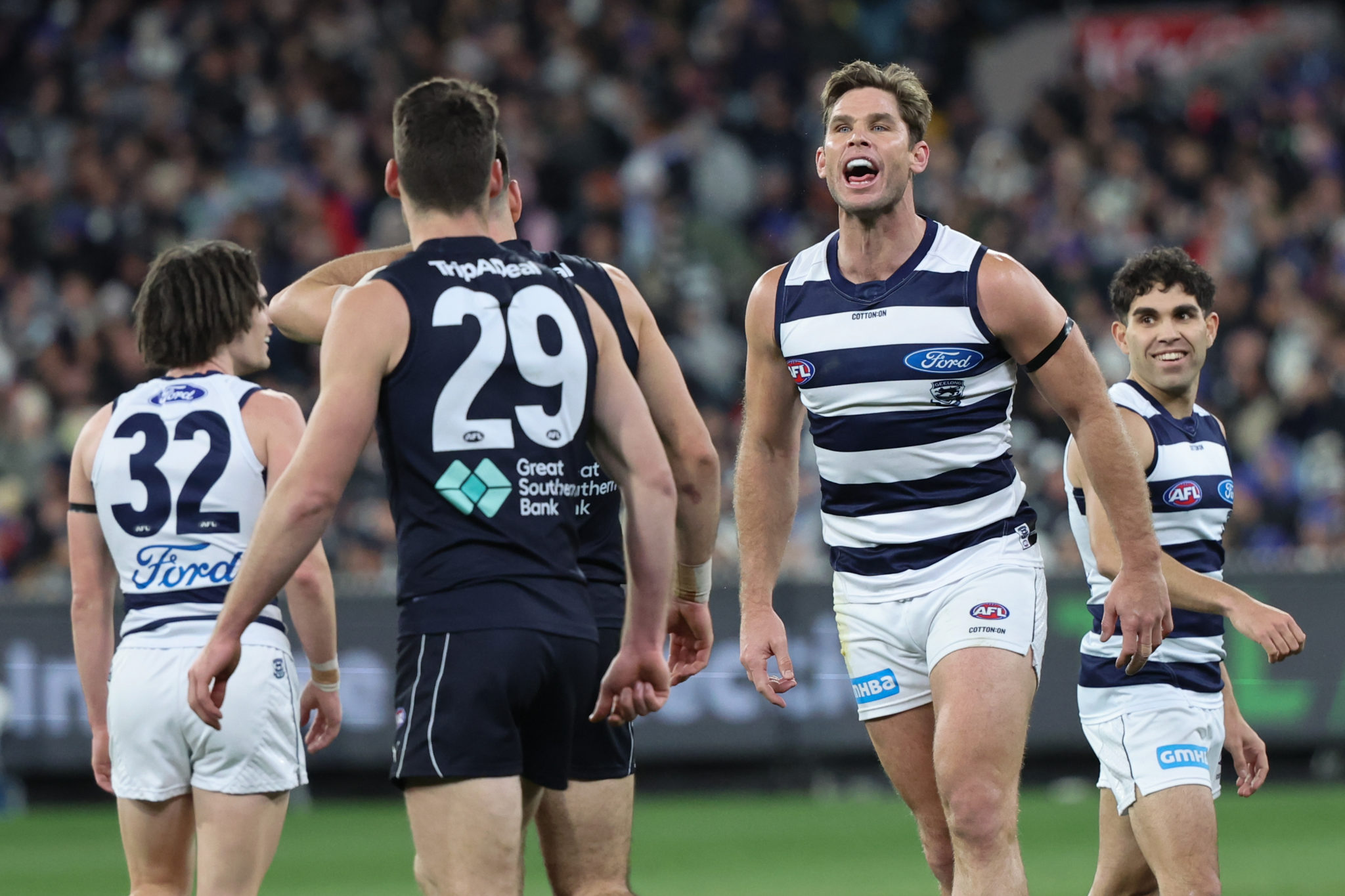 TOM Hawkins will extend his Hall of Fame-worthy career into a 17th season.

While nothing’s been signed, the two-time premiership forward, who turned 34 last week, expects to be in a Geelong jumper in 2023.

“Like anything when it comes to a player being out of contract, I know that there’s always chatter around what’s happening.

“I understand that being 34 it’s not as much as a formality, but I’m looking forward to doing that when I get the opportunity to.”

Sitting on 49 goals, Hawkins is on the cusp of reaching 50 for the eighth time in the past 11 seasons and the sixth time in seven years (he finished with 49 in the COVID-19-shortened 2022 season).

Hawkins has kicked 242 goals in the four years since turning 30, earning three of his four All-Australian blazers in that time.

“I enjoy playing football; I enjoy being around this place.

“I’m feeling great, and, hopefully, I can keep playing a role within our system.

“At times, that’s going to be a really important one.”

Geelong will chase a 10th consecutive win for the first time since starting the 2011 season with 13 victories when it hosts the Western Bulldogs at GMHBA Stadium on Saturday night.