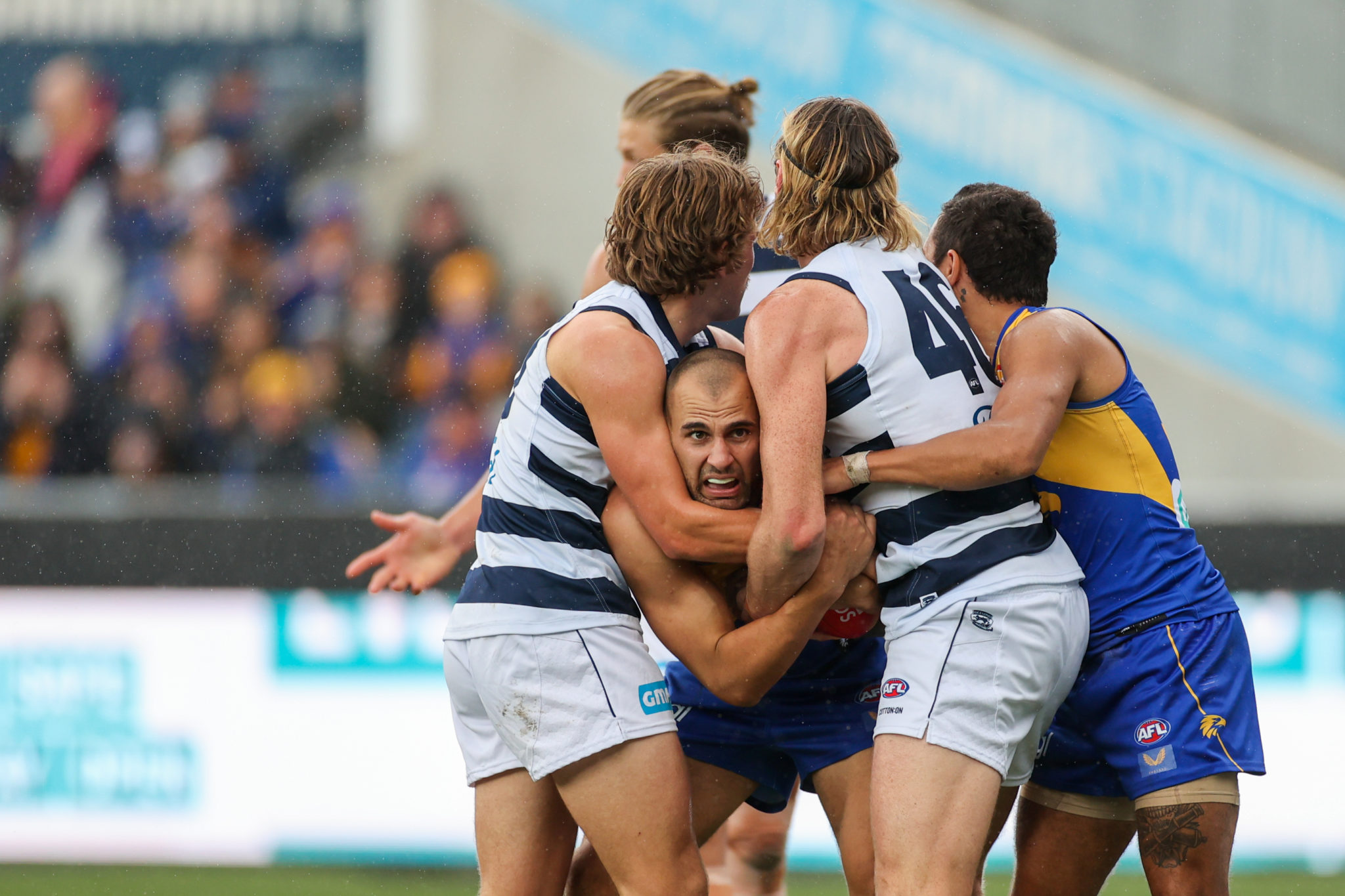 GEELONG will face West Coast in a Saturday twilight fixture at GMHBA Stadium to finish off its home-and-away season.

The AFL has revealed the times and days for Round 23, with the Cats finding themselves in the timeslot for the sixth time in 2022.

Round 23 will open on Friday night with the blockbuster match-up between top-two aspirants Brisbane and Melbourne at the Gabba.

Other games with likely implications on the make-up on the top eight include GWS Giants against Fremantle in Canberra on Saturday afternoon, Essendon-Richmond at the MCG Saturday night, Carlton-Collingwood at the ‘G on Sunday arvo, and St Kilda-Sydney at Marvel Stadium in the 198th and final home-and-away game.

“Our Round 23 fixture is a fitting conclusion to an exciting season,” the AFL’s Travis Auld said.

“The top eight is still very much in the balance, and if the matches are anything like what we witnessed last weekend, it’s sure to be one of the best rounds of the season.

“The 2022 season has been more like the game we know and love; a return to the rituals of going to the footy and barracking for our teams, but it hasn’t been without its challenges.

“We want to thank every fan who turned up week after week to support their club and hopefully help them land a coveted spot in the top eight.”

Round 23 will be followed by a pre-finals bye before week one of the finals series on the opening weekend of September.