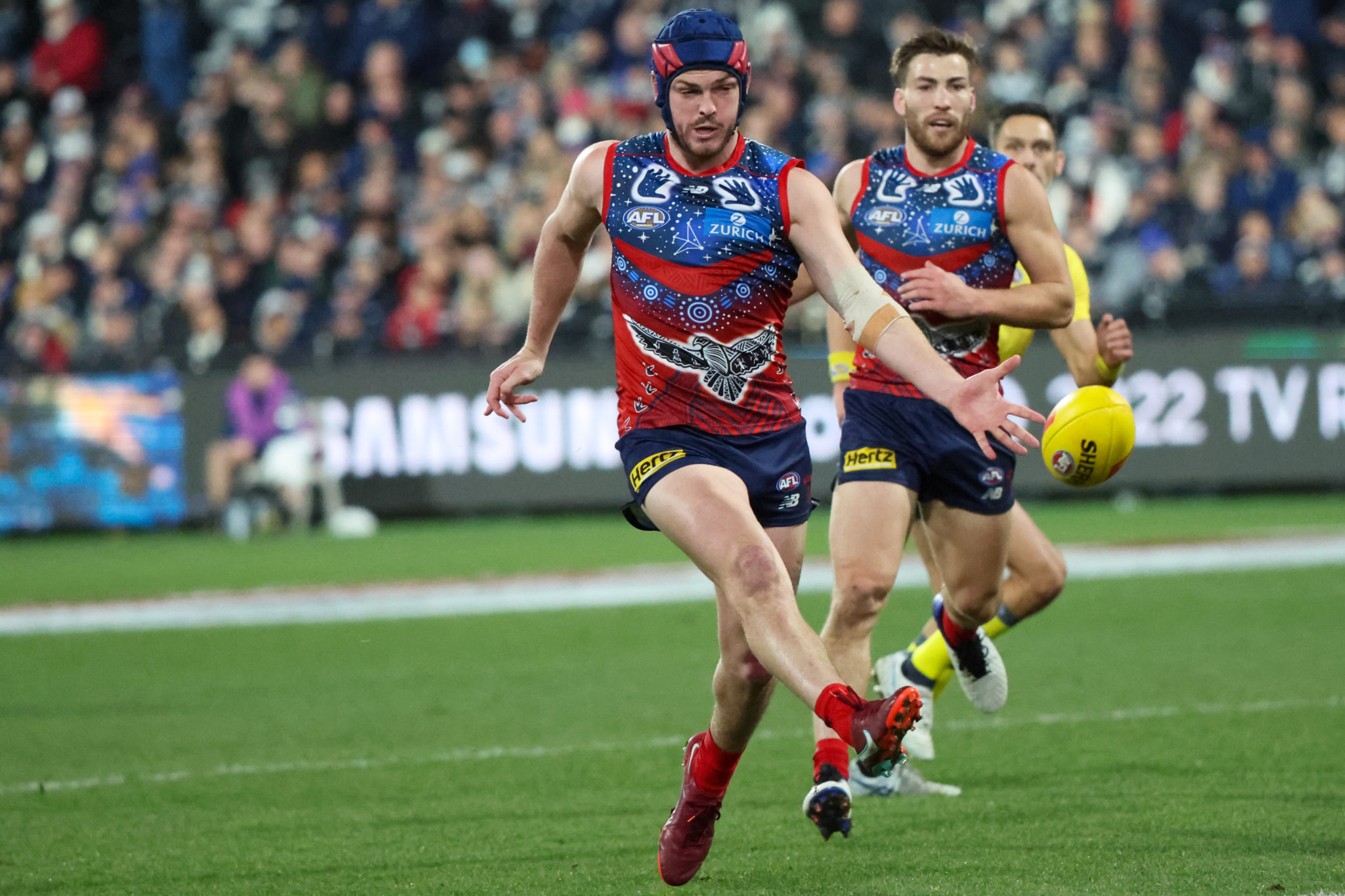 While clubs appeared to have been circling the 26-year-old, he’s now set to spend the prime of his career at the club he was drafted by after penning a deal until the end of 2028.

Fremantle had loomed as one potential suitor in a bid to reunite him with brother Andrew, while Essendon had also been linked.

The 137-game Demon is in sparkling form, averaging a career-high 25 disposals a game this season playing off half-back.

Melbourne list manager Tim Lamb said the signing was a brilliant result for all involved.

“His talent is obvious to all and his willingness to put the team first and play whatever role we need him to is a testament to his character,” he said.

“This signing is another great endorsement for the culture we have created and we know Angus will continue to drive standards within the group.

“The great thing is Angus still has enormous growth in his game and we are excited about what he will produce in the future.

“This deal means another key pillar of our playing group will play out his career with us which is an important part of our strategy going forward.”