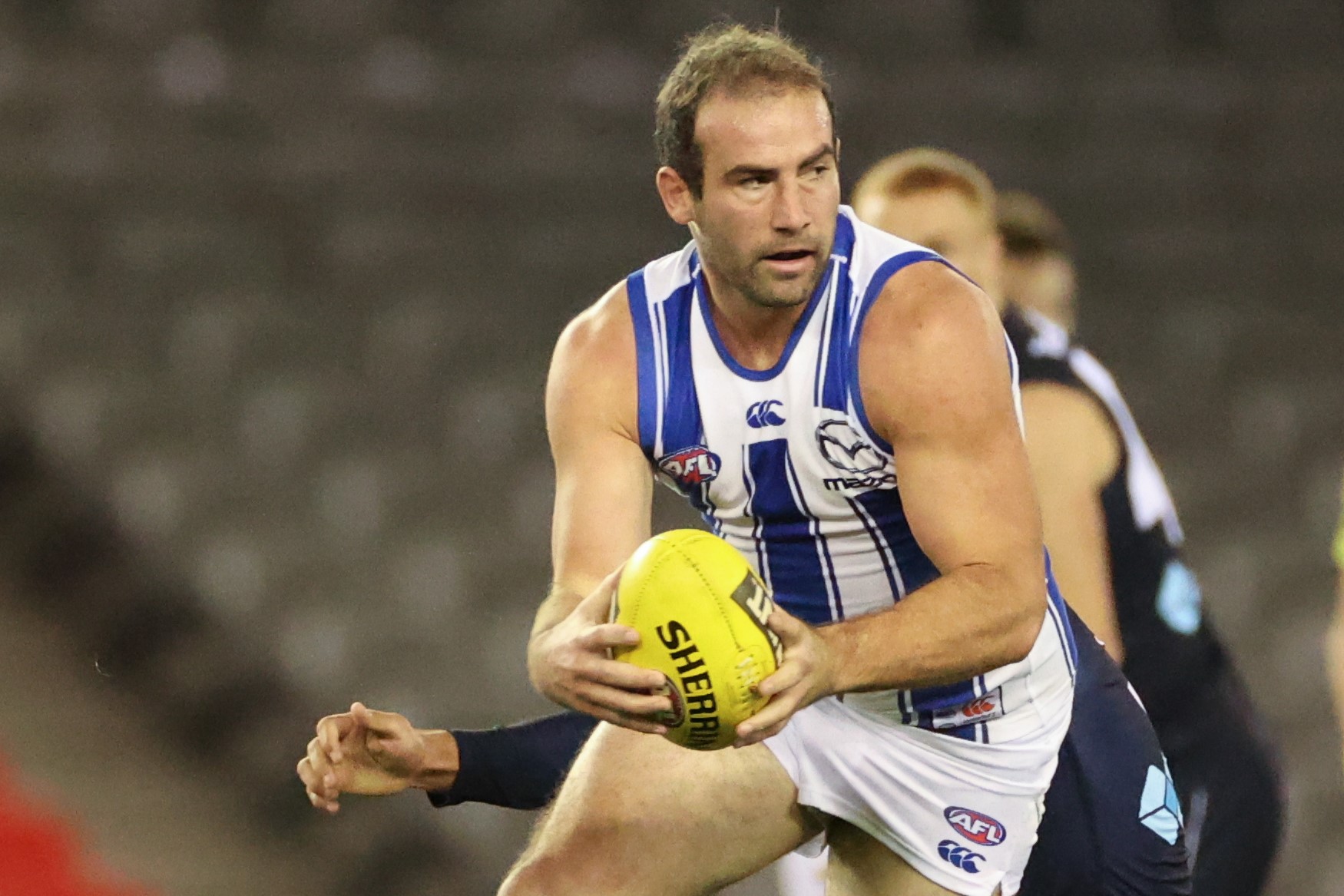 NORTH Melbourne midfielder Ben Cunnington’s return from testicular cancer will have to wait at least another week, with the veteran one of four Kangaroos to test positive for COVID in the lead-up to Sunday’s game against Essendon.

Cunnington, who hasn’t played since July last year when he had a tumour removed, was set to play VFL this weekend before catching the virus.

Two-time best and fairest winner Cunnington has had a brutal run, requiring treatment for a secondary diagnosis last November before suffering a calf strain soon after returning to the main training group last month.

“Sometimes you just don’t know what to say to him,” Adams told reporters.

“It’s been setback after setback for him, probably the last couple of setbacks are insignificant to the ones that he’s been through, he’s such a resilient guy and he’s able to move on really quickly.

“He’s got some pretty heavy symptoms … going into a game without any training, obviously off what he’s come off just wasn’t worth the risk.”

Adams, who is due to come out of isolation on Sunday morning enabling him to coach the team, said he was surprised the virus hadn’t spread more quickly than it had.

“From where we thought we could have been earlier in the week we feel like we’re going to be not too badly affected,” he said.

“I’m obviously stuck at home and the week hasn’t changed a huge amount.

“We kept all the boys away from the club, gave them an extra day off just to make sure there was no chance of it spreading.

“It was, unfortunately, something we’ve been used to over the last couple of years, just condensing the day, getting the boys in to do their work and getting out.”

Forward Nick Larkey is expected to play after missing time with a heel injury.