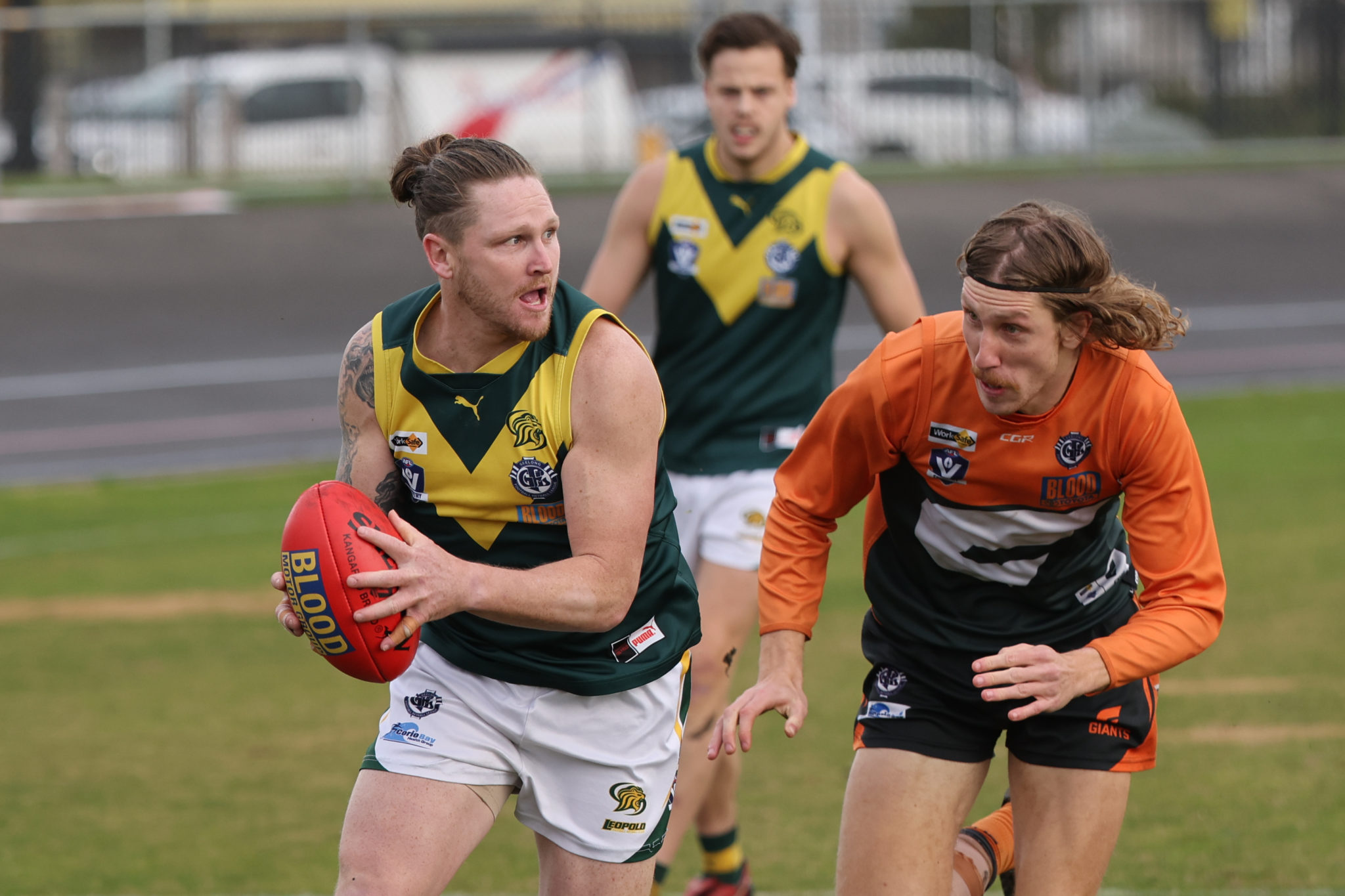 JAI Thompson says he questioned his footballing future while recovering from a knee reconstruction that cost him the 2021 season.

Speaking ahead of becoming just the 17th Lion to make 200 open age appearances for the club in Saturday’s clash with Grovedale, the 31-year-old revealed thoughts of retirement crossed his mind during his lay-off,

“You get those thoughts in your head,” Thompson said. “I’ve got a young family with a couple of kids, and I’m also running a business in Geelong.

“So to coordinate with doing as much as rehab as I could, it was going to be a massive push.

“If I didn’t have the people around me driving me to keep going, there probably would have been times when I stopped.

“The early mornings going to the gym before work was definitely taking its toll.

“I had great people around me to drive me and give me the motivation to get back.”

Thompson suffered the injury during Leopold’s AFLX competition in late 2020, but scans didn’t confirm a rupture until the new year.

The 2016 premiership skipper considered playing in 2021 without surgery before deciding to go down that route mid-year.

Thompson knew it would eat into the 2022 season. However, he was back playing reserves by Round 3, with his first senior appearance in Round 6.

Thompson says the chance to play under the Australian Football Hall of Fame member also provided extra incentive to return.

“His guidance through the whole rehab process was awesome,” Thompson said.

“I have a similar playing style; we both wear our hearts on our sleeves – me for Leopold, him for Geelong.

“He could see that, and the way he spoke to me and got me involved – not leaving me out by myself doing running and rehab – through bits of coaching and asking me my opinion really helped me stay connected to the group.

“And with the type of player he was and his coaching prowess at higher levels, he was going to be able to help me learn as well.

“He’s a great appointment for the club.” 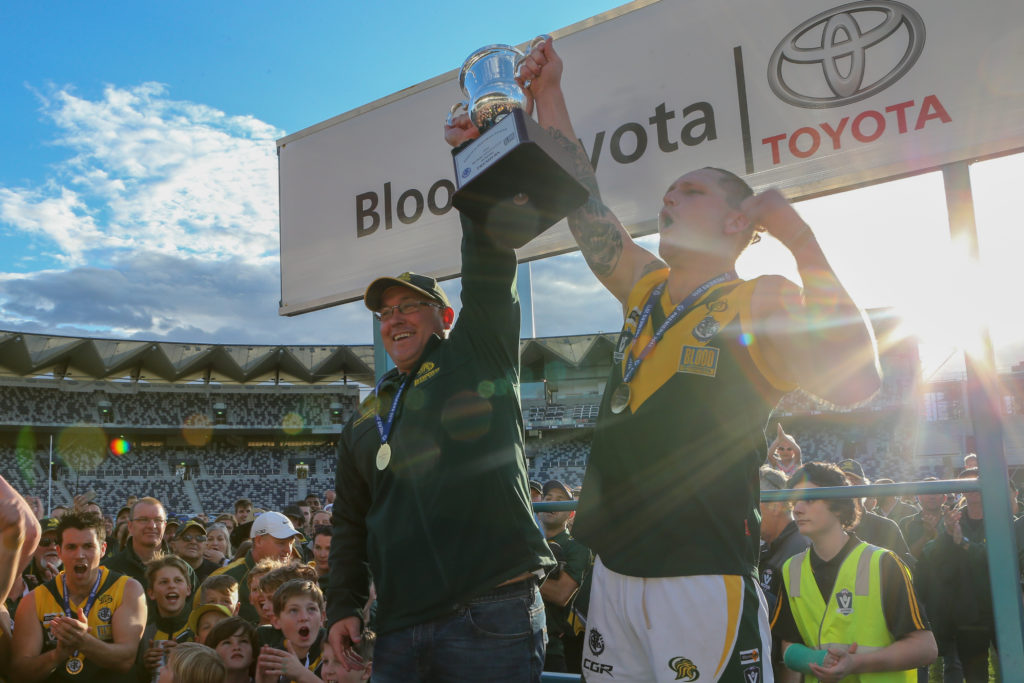 The Thompson name sits comfortably among the most influential in club history.

Thompson’s late uncle Mick arrived at the club in 1982 as a player from St Albans, served a club record seven seasons as coach between 1983-89, and was a member of its BFL premiership team in 1990.

Mick was a life member of the club – an honour also bestowed on Thompson’s dad Brendan for his off-field work, including a five-year stint as president.

Brother Marcus is captain of the club and has more than 130 games to his name.

“The club is a very special place for me, and it’s been home for so many years,” Thompson said.

“For some people, it probably doesn’t seem like that much playing that many games for a local team.

“But, for me, it’s something I’ll look back on and be really proud of.”

Victory over Grovedale on Saturday will make a fifth finals appearance in six seasons a certainty.

Despite last week’s loss to Colac, Thompson is confident the Lions can have a say in September.

“All the way down to fifth, it’s anyone’s game once the finals start,” he said.

“We want to be in the right position to put our best foot forward come that time.

“I think our list is good enough to challenge anybody; it’s just about putting four quarters together and making sure we play our brand of footy.”