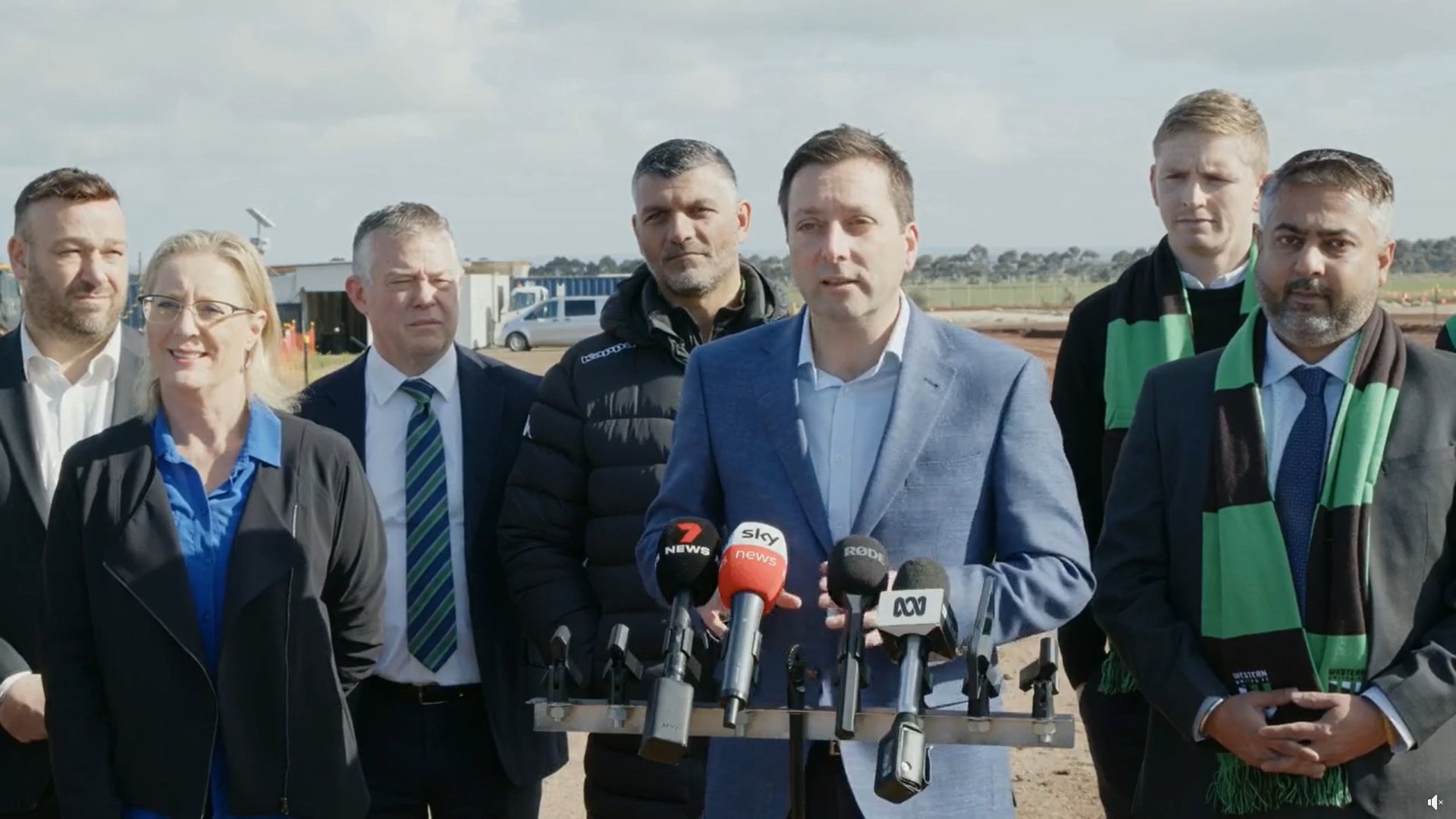 The “Wyndham Stadium and Community Recreation Precinct” would also included an indoor arena with 8,000 seats for basketball, netball, concerts and cultural events.

The Opposition claims the project will support 800 construction jobs, and once the project is complete create 6,500 new jobs.

Leader of the Liberal Party, Matthew Guy, said the announcement was a key pillar to the Liberals and Nationals’ commitment to ensuring the growing western suburbs have the infrastructure it deserves.

“Melbourne will now be the Australian home of soccer and that’s fantastic. Building this precinct is not only a winner for the western suburbs, but a winner for all Victorians,” Mr Guy said.

“This project will put thousands of locals in jobs, and provide a space for the community to use and be proud of for decades to come.”

“This isn’t just about sport – it will deliver so much more,” Mr Smith said.

“The entire precinct will have such an important role in the growth and development of Melbourne’s west, by providing the infrastructure to host key sport and community events, as well as a permanent home for the western suburbs’ very own football team.”

“Sport in Melbourne’s growing west needs a home and this project will provide the facilities locals deserve at all levels.”

“This precinct will deliver an all-in-one facility to watch the very best athletes, as well as the community space needed to get physically active with family and friends.”

Image: Matthew Guy along with members of the State Opposition at the announcement of a $100m sports precinct [supplied]