West moves on from “hiccup” 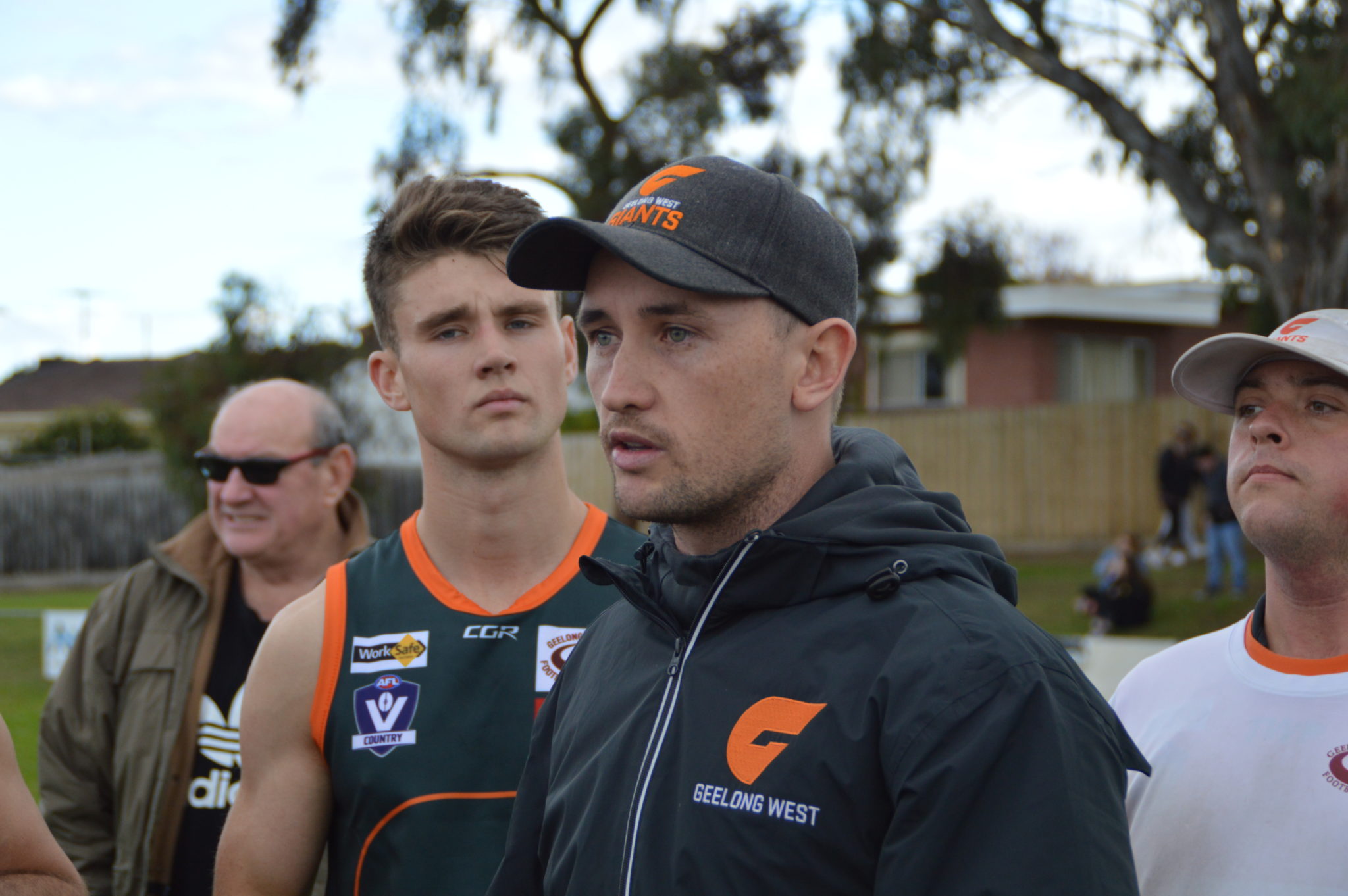 GEELONG West coach Mitch Wight is confident it can move on quickly from last week’s shock loss to North Geelong and maintain its spot inside the GDFL top five.

The Giants suffered a two-point loss to the struggling Magpies after failing to kick a goal after quarter time on a West Oval surface resembling a lake more than a sporting field.

As a result, West’s grip on a finals berth has been loosened slightly, with only percentage separating them and the sixth-placed Thomson.

“We’ve still got a lot of work to do to finish in that top five,” Wight said.

“But, I guess the good thing is our destiny’s in our own hands; we’ve just got to win our remaining games – that’s all there is to it.”

This week they head up the highway for a meeting with Werribee Centrals and looking to win at Galvin Park for only the second time since the competition returned to a single-division structure in 1996.

“Werribee at Werribee is always a tough trip,” Wight said. “But, in saying that, we’ve played some good footy in the last month.

“There was the hiccup on Saturday with the result we got. But, teams have those down weeks.

“Unfortunately, it was ours last week. But we’re really keen to make amends for that this week and play some consistent footy again.

“The three games before that, we just went down to Bannockburn and had two convincing wins playing some really good footy.

“So, we’re still confident that the brand of footy we’re playing stacks up.”

Following the clash with the Centurions, West hosts Belmont Lions and travels to Bell Post Hill to round out the home-and-away season.

Three wins could see the Giants snatch the double-chance.

However, the potential to miss the finals is also a scenario Wight’s men have to contend with.

“That’s the nature of the competition this year; how even it’s been,” he said.

“We put ourselves in a position to be thereabouts this year, and it’s important we finish off the last few games.”

In a welcome boost for the Giants, experienced ruck Jye Bohm will return from a serious hamstring injury that has sidelined him since the loss to Bell Post Hill on May 21.

“It’s going to significantly benefit our side having a genuine ruck back,” Wight said.

“We’re really looking forward to having Jye back in.”

Image: Geelong West coach Mitch Wight speaks with his players during the win over the Belmont Lions earlier in the season. (Darren Phillips)