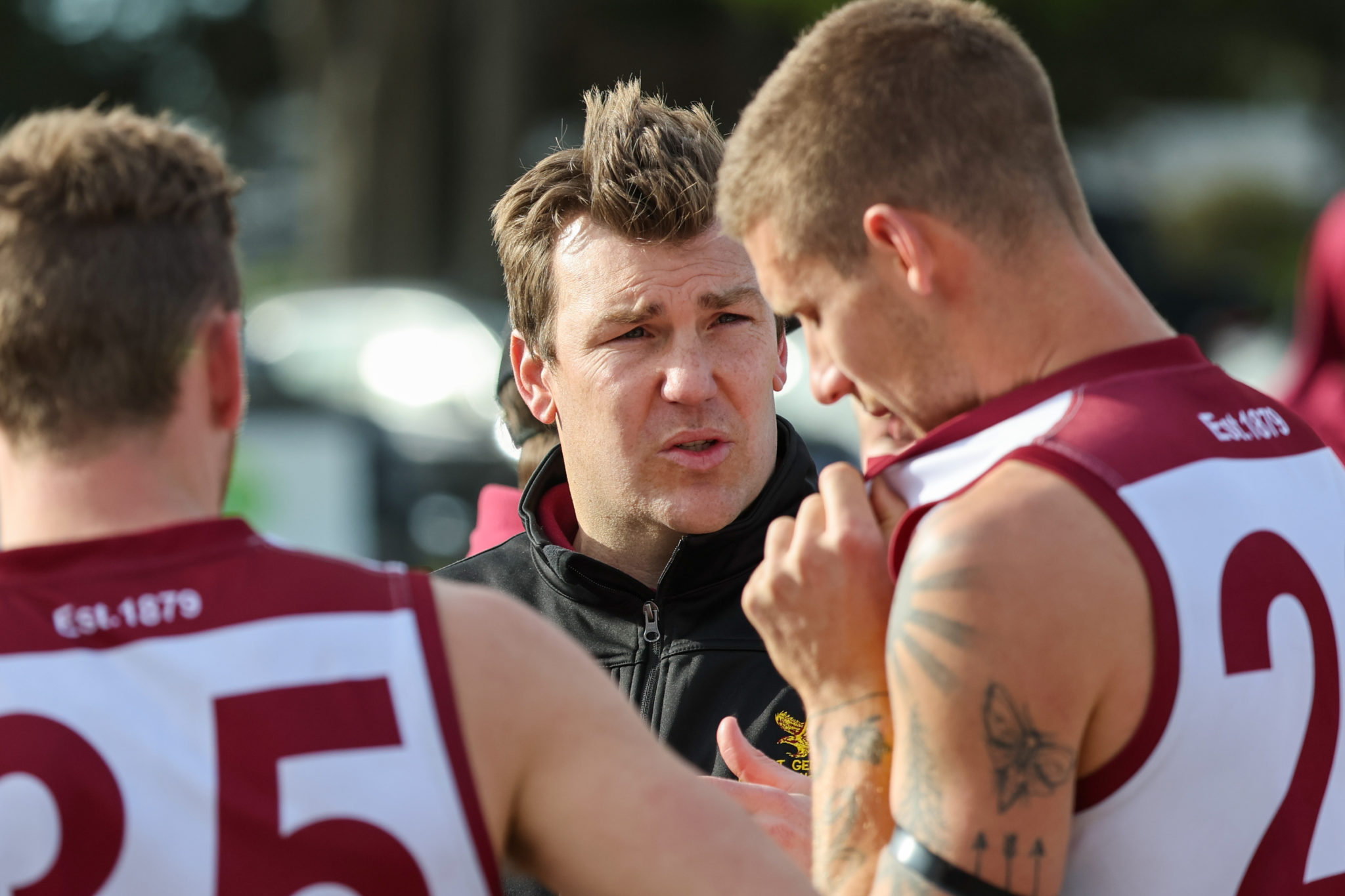 A FORTNIGHT after revealing his plans to step away from the East Geelong coaching job, Ben Boseley says he remains “comfortable” with his decision.

The highly-respected Boseley surprised the local football world when it was announced that he would hand the reins to assistant coach Tom Cordner-Maas earlier this month despite re-signing for 2023 in early June.

“It took a while to get to that point because I realise how we’re building something pretty nice at the football club,” Boseley said.

“We’re certainly not a finished product, and the work being done at the club the last couple of years is starting to bear fruit in performance and player growth and development.

“So, to get to the point where I knew I couldn’t give the time required was a pretty big decision to make.

“It was a few weeks of thinking, talking to my wife, and considering everything I’m involved with.

Boseley is confident Cordner-Maas is the man to build on the work started by Jeremy Power pre-Covid and continued by himself.

“I know Tom personally, so I know what he’s like as a person, and I know his coaching capacity,” Boseley said.

“I’m more than happy to hand the reins over to Tom – I think he’ll do a wonderful job.”

Before he steps down, Boseley is keen to deliver the East its first premiership since 2009 and just their fourth senor flag in the last 50 years,

Despite being beaten by Bell Post Hill last week, the Eagles are still a chance to snatch the minor premiership.

However, they may still need two wins from meetings with arch-rivals Thomson, premiership favourite Inverleigh and lowly Corio to maintain the double chance.

“We got a reality check against Bell Post Hill; they really outplayed us in the wet,” Boseley said.

“It’s forced us to stop, and consider, and reflect, and grow, and we’re looking forward to the next three weeks, in particular Thomson.

“We know they’re a well-drilled team and they’ve got some wonderful players and some good structures.

“We need to be at our best if we want to continue to perform at the level that we know we can.”

Former coach Ruben Vesikuru is a confirmed out for the meeting with the Tigers after cutting his leg open after sliding into the fence against the Panthers.

“It looked pretty sickening,” Boseley said. “It could have been a lot worse.

“I think it’s just opened him up, and he’s got some stitches.

“We’ll give him a week to heal up and look after himself … he should be right next week.”

Image: East Geelong coach Ben Boseley will step down at the end of the season. (Sports Media Image/Marcel Berens)