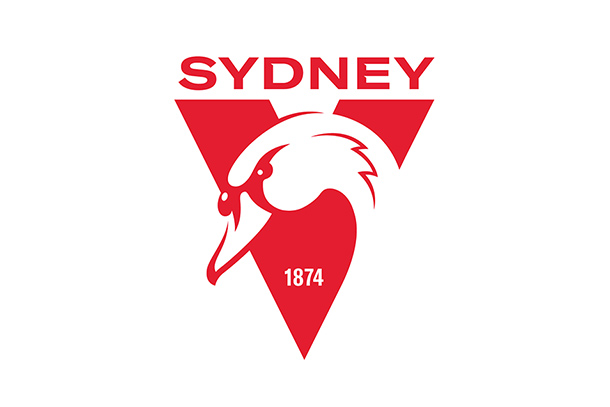 SYDNEY has thumped GWS to continue their charge towards an AFL top-four spot with a 73-point derby victory at the SCG.

The fast-starting Swans swept aside the lacklustre Giants with another blistering opening on home turf, then cruised to a 17.10 (112) to 5.9 (39) triumph on Saturday.

The Swans (13-6) were too slick for their crosstown rivals early, then controlled the ball and territory with 416-301 disposals and 68-36 inside 50s, to secure their fourth consecutive win while hardly getting out of third gear.

Isaac Heeney helped spark the Swans with a mark of the year contender when he jumped onto the back of Lachie Whitfield and got a lift to soar higher, then went back to slot the Swans’ opening goal.

The high-flying forward ended with 3.2, that could have been more damaging but for missing some simple shots on goal, while Tom Papley again looked sharp with two majors to go with 19 disposals and four clearances as part of his growing midfield role.

Sam Reid continued his resurgence with three goals for Sydney, while Sam Taylor was one of few Giants defenders to win their match-up, although Lance Franklin booted three second-half goals that unusually included a snap off his right boot.

But it was Luke Parker (game-highs for 34 touches and six clearances) who claimed the Brett Kirk Medal awarded to the best afield in Sydney derbies played at the SCG, the fifth time he has earned the honour.

It was another explosive start from the Swans, who have now averaged 48 points in the opening term in their past three matches at the SCG, and their spread of goalkickers stretched the Giants’ defence.

The 19-point lead at the first change set up the Swans for their first victory over the Giants on home turf since round 3, 2018, as they pushed to a 31-point advantage at the main break.

The Giants (5-14) have now lost four in a row and look entrenched in the bottom- four.

Toby Greene made the most of limited opportunities to kick two goals, while Josh Kelly (25 touches) and Whitfield (22) offered outside run and carry but lacked enough support to match the Swans.

With tall defender Leek Aleer making his debut for the Giants, Harry Himmelberg returned to the forward half and had an immediate impact with the opening goal of the match after only two minutes, but the Swans took control from there.

Giants co-captain Stephen Coniglio was a late withdrawal before the match due to soreness, while Swans veteran and former captain Josh Kennedy spent the entire match as the medical sub.