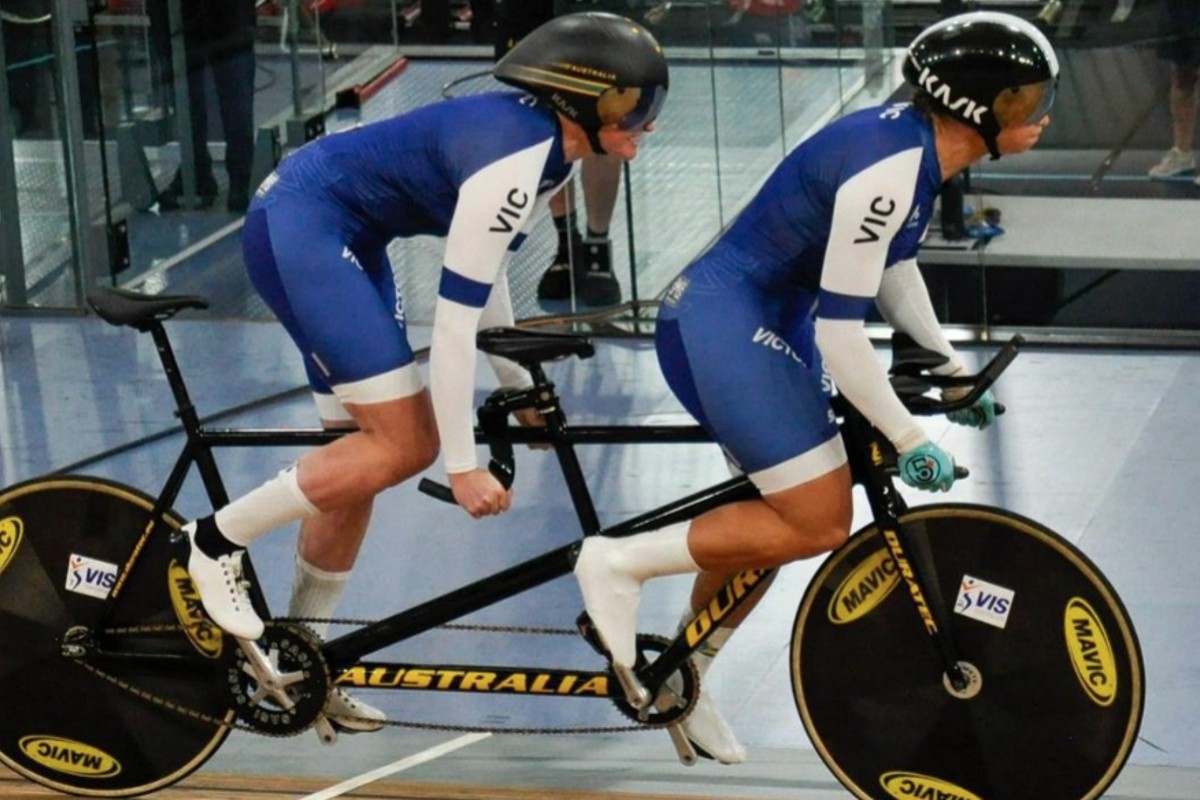 Gallagher and Ward already took out Gold in the Women’s Tandem Sprint B on Saturday morning.

The Gallagher name is well known in Geelong sports circles, with Jess representing Geelong and Victoria Country in basketball, following in her Mum’s footsteps, both also playing netball.

Jess was diagnosed with cone dystrophy in year 12, the cause of the loss of her eyesight which classifies her now as leagally blind.

She became the first Australian female to win a medal at the Winter Paralympic Games taking bronze in the Women’s Slalom at the 2010 Vancouver Winter Paralympics –  on her birthday of all days!

Gallagher is no stranger to the velodrome, setting a world record and becoming world champion in 2016, also winning bronze in the 1km time trial, and at the 2016 Rio Paralympics she became the first Australian athlete to win a medal at both Summer and Winter games, after success in the 2010, 2012 and 2014 winter games