Roos take it to the wire 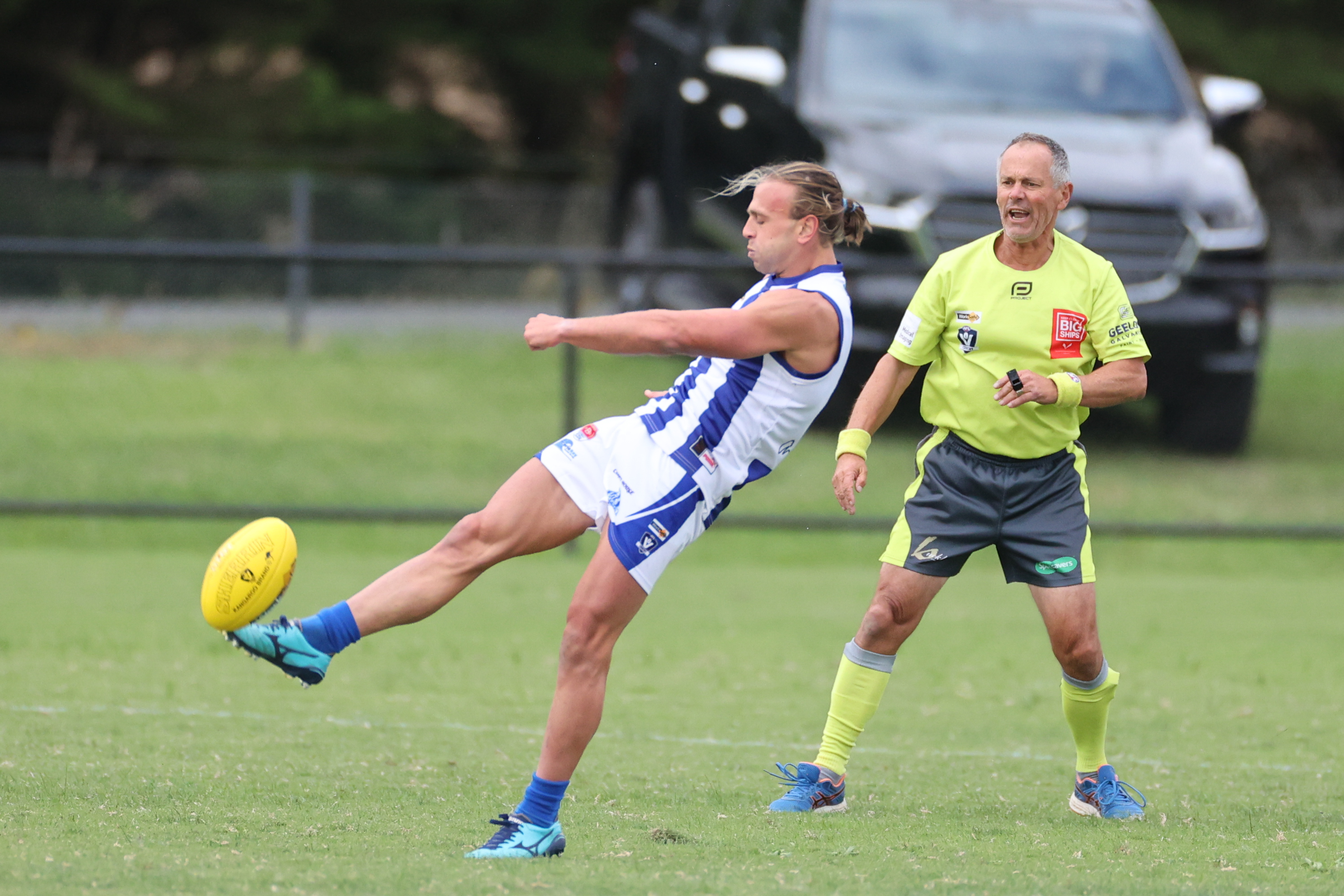 ANGLESEA remains a live finals chance with one round remaining in the BFL home-and-away season after seeing off fellow top-five aspirant Queenscliff by 29 points at Ellimatta Reserve.

Despite the win, Anglesea stayed seventh on the ladder.

The Roos need to beat Newcomb in the final round and have the Coutas and Geelong Amateur lose to Torquay and Ocean Grove, respectively, to snatch fifth-spot.

Co-coach Jordan Keras is well aware that many cards have to fall the right way for Anglesea to meet Modewarre in an elimination final.

“As much we’d love to be playing finals because I think we’re starting to hit form at the right time, there’s a fair bit of water that needs to go under the bridge,” he said.

“Ocean Grove and Ammos play a similar style of footy, so I can see that not being a blowout.

“If it falls our way, we’ll definitely take that and be really confident in playing finals footy.

“If it doesn’t, and we just miss out, we’re pretty proud and happy with what we’ve achieved this year.”

After an injury-interrupted 2022 season, recruit Dylan Pettingill showed the value of consecutive games with a six-goal haul.

“He’s been very injury-prone this year, and we haven’t had him string two or three games together for the whole year,” Keras said of his former St Joseph’s teammate.

“He and Ethan Floyd are a class above, and they’re really showing why I was so keen to get them.

“They’re good people to have around the club, too. They tick a lot of boxes for us at Anglesea.”

Sixth-placed Queenscliff would need to upset Torquay, which needs to win to claim the minor premiership and have Ammos lose to Ocean Grove to finish fifth.