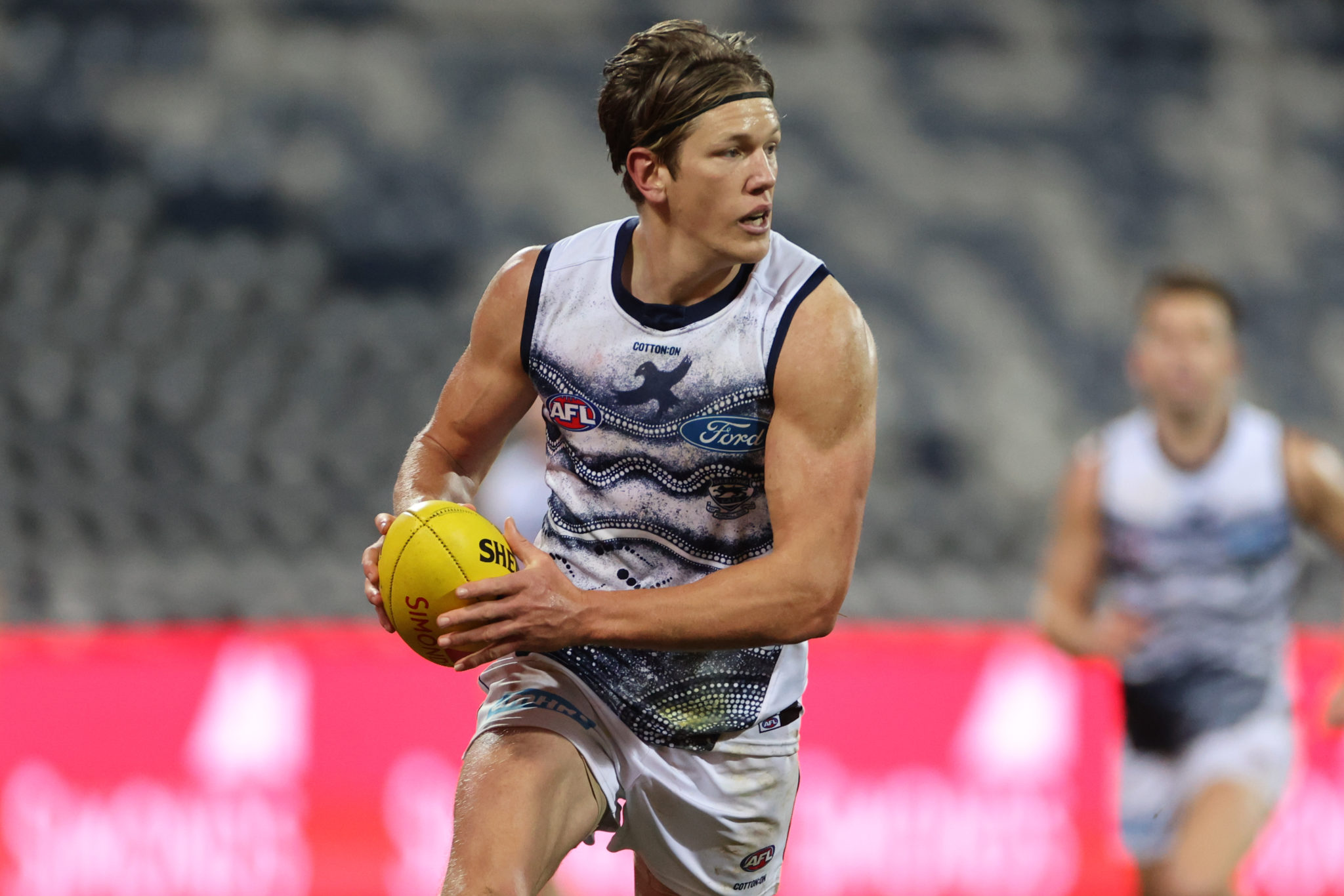 GEELONG ruck Rhys Stanley could return to group training in the coming days as he recovers from a knee injury suffered against Port Adelaide last month.

Stanley was subbed off at half-time of the win over the Power, with the Cats initially expecting the 31-year-old to be sidelined “in the medium term” after scans revealed some minor cartilage damage and bone bruising.

“Rhys is progressing well in his reconditioning program, with the view to increase his group training integration later this week,” head of medical and conditioning services Harry Taylor said.

There will be at least one change to the Cats team for Saturday night’s clash with St Kilda.

Dynamic forward Gary Rohan will be sidelined with a concussion suffered against the Western Bulldogs.

Concussion will also see young tall Shannon Neale watching on for at least a week following a head knock in Geelong’s VFL loss to Coburg on Sunday.

Veteran Zach Tuohy will be available to take on St Kilda after missing the win over the Western Bulldogs under the AFL’s health and safety protocols.

After missing the previous week due to a concussion, winger Sam Menegola was sidelined last weekend with another knee issue.

“Sam will be a test later this week to determine his availability,” Taylor said.

“He will now complete a graduated reconditioning program to allow him to undertake a solid pre-season training period,” Taylor added.