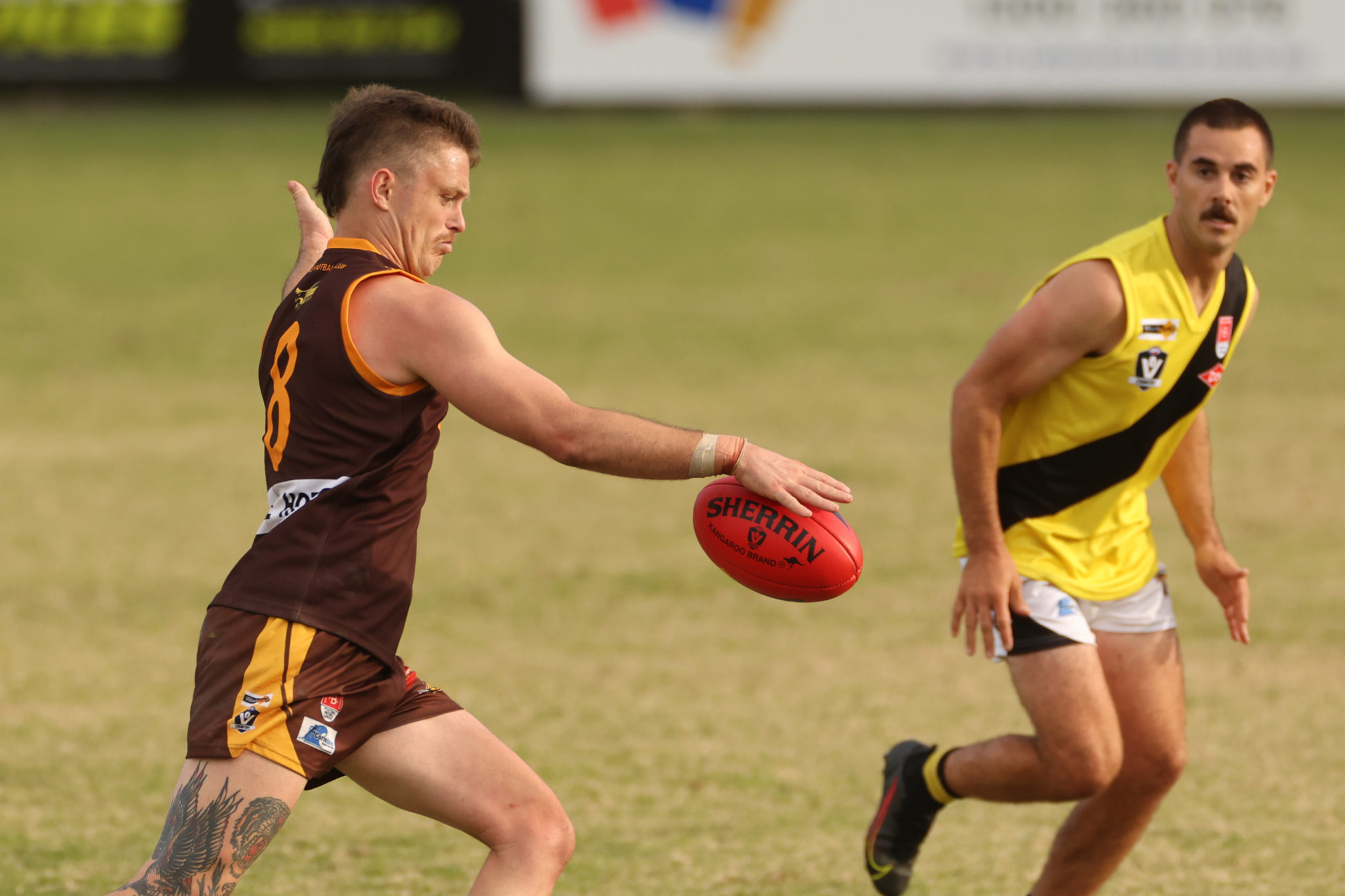 STAR Drysdale midfielder Ben Fennell will miss Saturday’s final round clash with Modewarre as the Hawks allow him to overcome a minor knee issue ahead of the BFL finals series.

Co-coach Ben Carmichael confirmed Fennell, who has been a crucial part of Drysdale’s return to finals after a nine-year absence after arriving from Greensborough, won’t play against the Warriors.

“We’ll use this last round to freshen Ben up,” Carmichael said.

“He’s played a big role this year, so it’s a good opportunity to get him right before finals.

“He’s been super for us with his workrate and appetite for the contest.

“He’s really been enjoying his footy; he’s fitted right in and loves playing for us.”

Flinn Chisholm will make his first appearance since Round 12 after overcoming a rib issue in Saturday’s clash with finals-bound Modewarre.

Josh Rushton and Matt Gunn are also a chance to take on the Warriors in a game Drysdale has to win to have any chance of snatching the minor premiership from Torquay.

Not only do the Hawks have to win, but they are relying on Queenscliff to upset the Tigers.

With the latter result unlikely, Carmichael is only concerned with Drysdale hitting the finals in good form.

“Modewarre at Modewarre is always a tough assignment,” he said.

“We want to continue to build good footy towards finals, whether we get the week off or, more than likely, play the first final against Barwon Heads.”

The meeting with the Warriors will also provide veteran spearhead Jarrod Garth with another opportunity to find touch before the finals.

He returned from a quad injury in last week’s win over Newcomb with three goals.

“He played three quarters and got through, which was really pleasing,” Carmichael said.

“He got involved in the game, so he’ll be better for the run.”