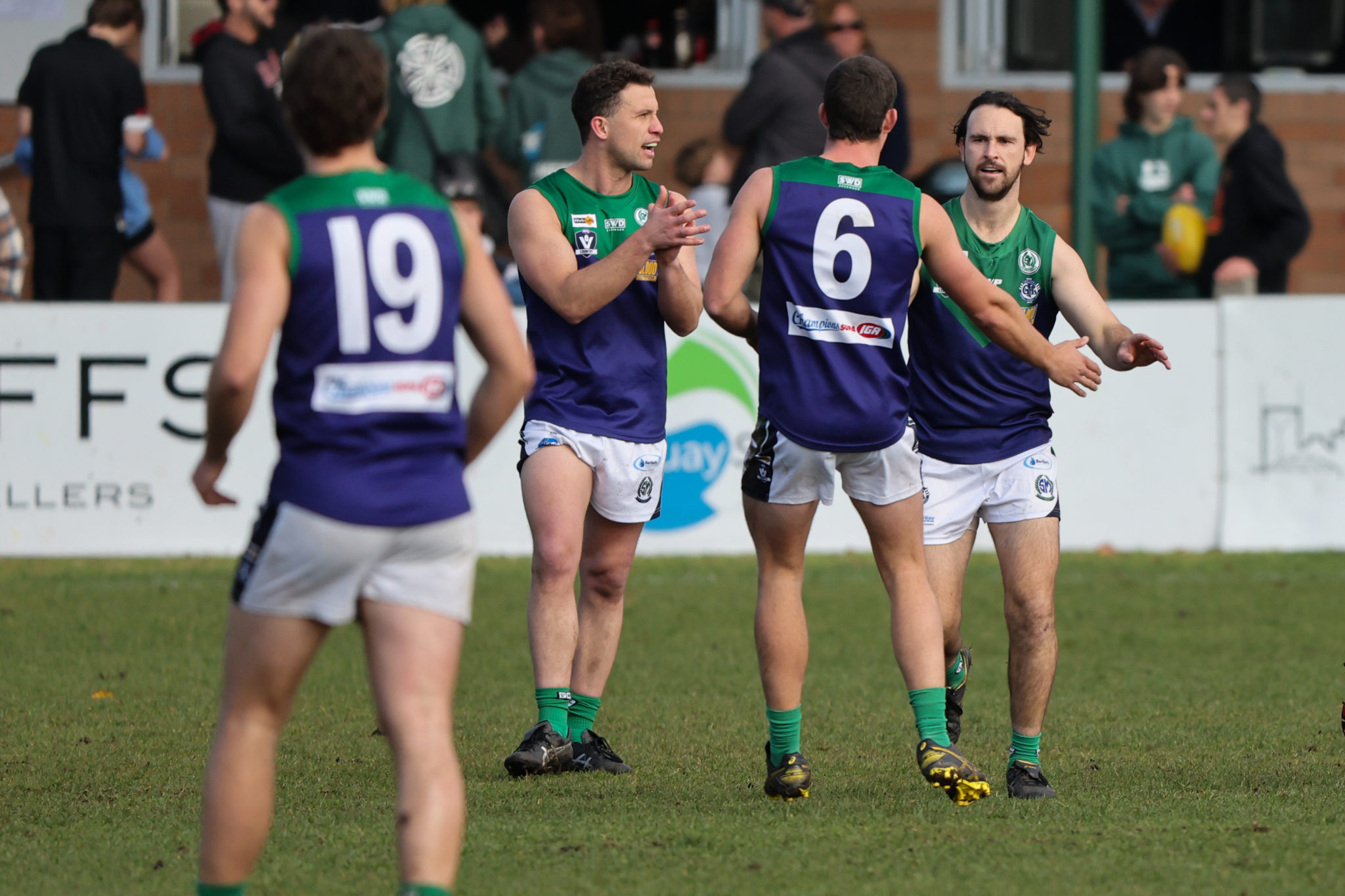 ST MARY’S will be strengthened by the return of four of its most experienced players for Sunday’s mouth-watering match-up with fellow GFL premiership contender Newtown & Chilwell.

Key defender Ryley Hall, forward Tom Lang, and midfield duo Zak Sherman and Ben Moloney are back for the Saints, who can make the minor premiership all but a certainty with victory over the Towners.

Hall hasn’t played at senior level since hurting his hamstring in the previous meeting between the two clubs in Round 11, while Lang (broken hand) last featured in the loss to Leopold the week before

Moloney (soreness/personal) and Zak Sherman (calf) have missed two and one games, respectively.

“He participated in match sim on Monday night,” Robertson said. “He wore an orange vest, which means don’t tackle (and) don’t touch.

“But, it gave him an opportunity to integrate himself into being closer to full match simulation.

“It’s about getting his confidence up.

“He’s a chance to get one or maybe two home-and-away games before the season ends.”

After the meeting with the Towners, the Saints have away games against the resurgent Grovedale and finals-bound archrivals St Joseph’s.

“The closer you get to finals, the bigger each game’s importance and the more teams are looking what they may look like later in the year, ” Robertson said.

“It’s going to be a challenge, not only for the players but from a coaching point-of-view.”

With showers forecast in the 48 hours leading up to the game, Robertson expects a slog on Sunday afternoon on an already weather-affected Anthony Costa Oval surface.

“It’s pretty ordinary,” he said. “The middle and a little bit of the centre down towards the swimming pool end has copped a fair bit of water.

“It’s held up alright given the traffic, but there are certainly better grounds around Geelong.”