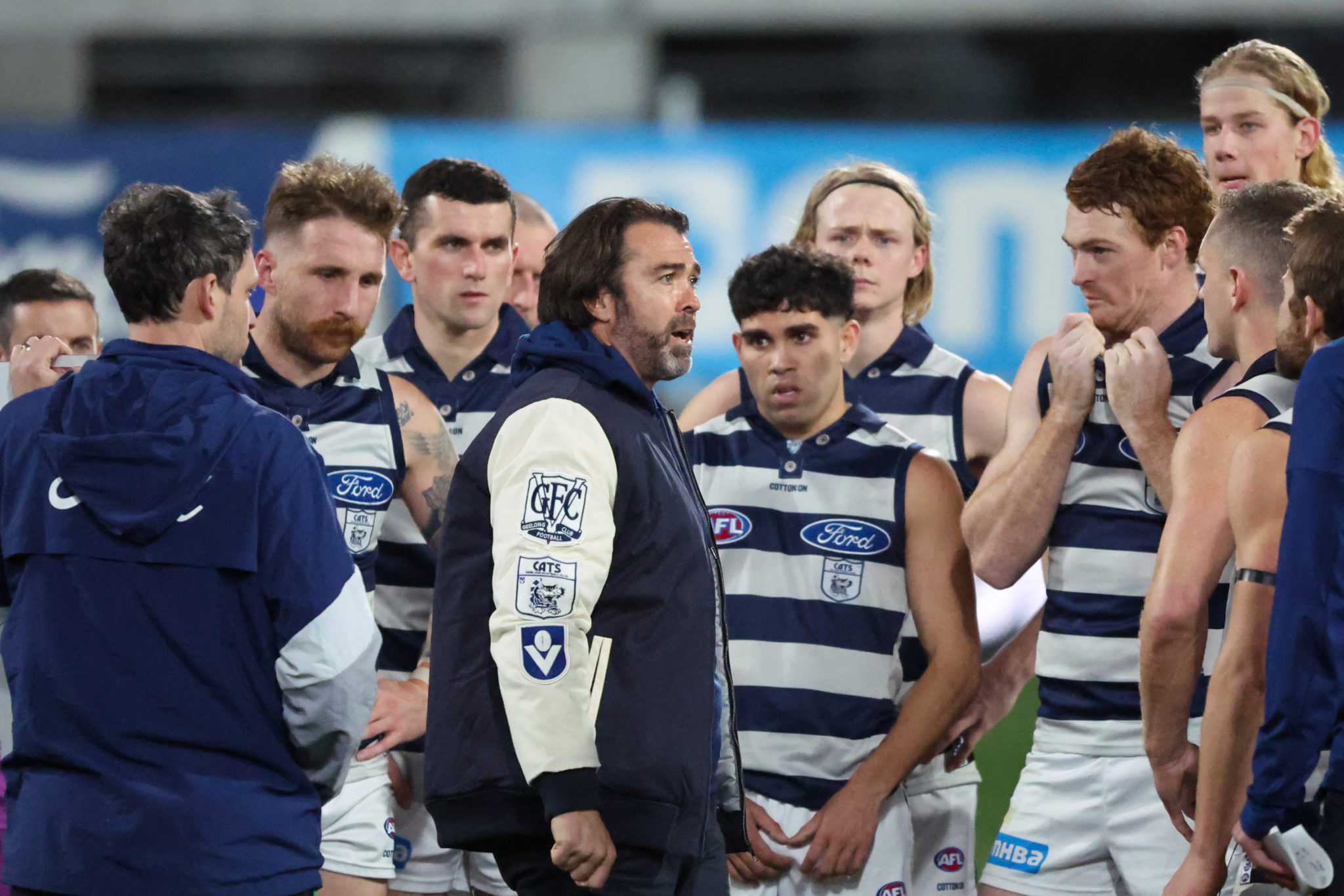 GEELONG coach Chris Scott admits the team named on Thursday night won’t necessarily be the one that takes on St Kilda at Kardinia Park tonight.

“We were put in a position last (Thursday) night where we had to pick a team and a squad that we suspect was subject to change, and that’s probably the way it’s playing out today,” Scott said.

“(We’re) not quite in a position to be really clear on exactly what the make-up of our 22 plus sub will be.

“But, I think it’s reasonable to expect that the 22 that we picked last night will change somewhere between now and game time tomorrow night.

“Stanley (is) coming in … and we’re keen to see (Jonathon) Ceglar get some more exposure at AFL level before the finals.

“We’re still a little undecided as to exactly how that’s going to look.”

Scott was happy with how Ceglar performed on his Geelong debut in the win over the Bulldogs and is “open-minded” to the prospect of the former Hawk and Stanley working in tandem.

“That’s definitely on the table, and something that we’ll consider, not only for this week but future weeks,” he said.

“But, I was probably more referencing (that) the uncertainty in the team is around a couple of the guys that we were confident would be available, but we weren’t quite sure.

“So, guys like Menegola – in particular – will probably play now, and Tuohy’s in that mix as well.”