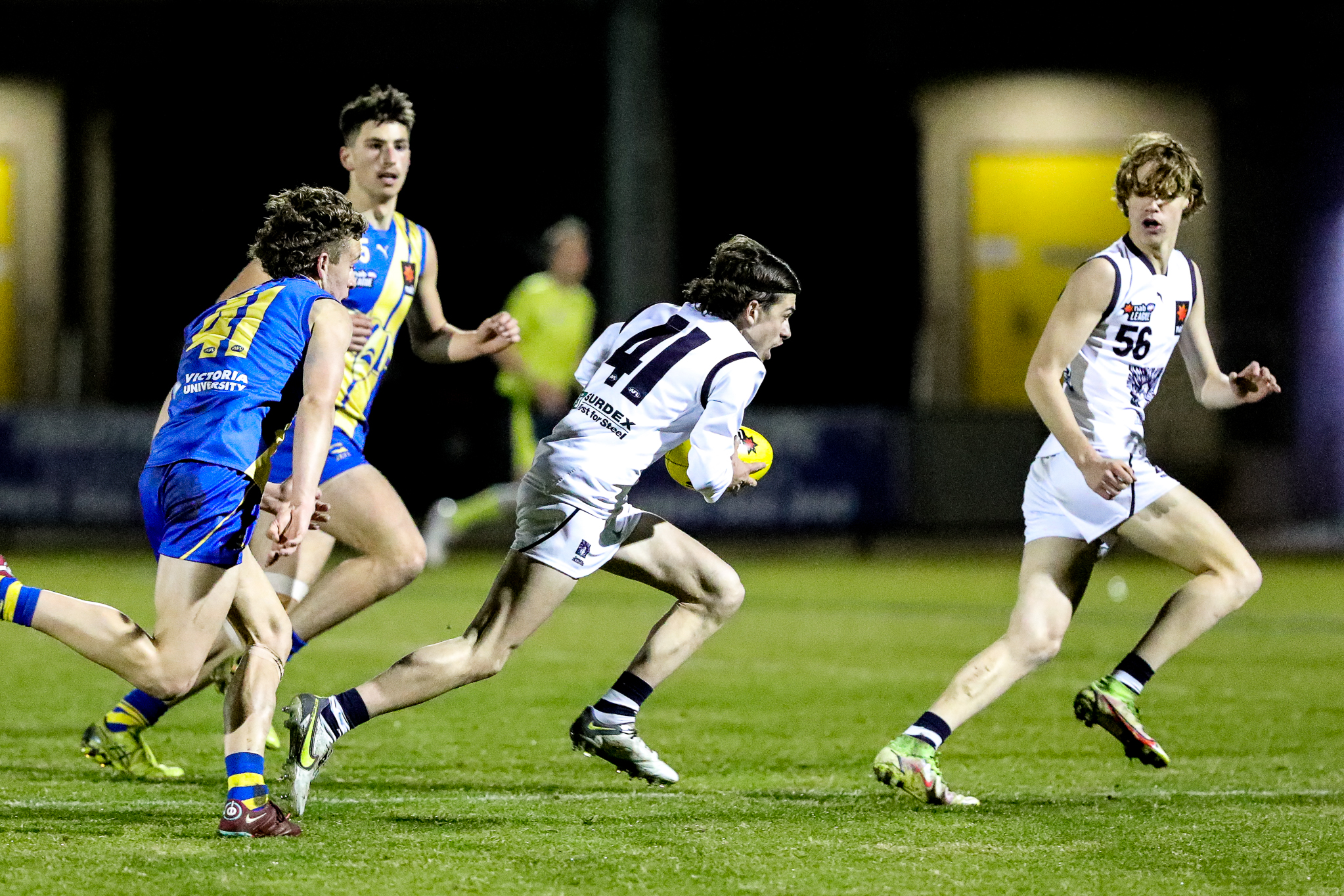 The eldest son of Peter Riccardi, who played 288 games and kicked 286 goals as a dashing wingman between 1992-2006, has moved into AFL draft calculations after impressing at NAB League level with the Geelong Falcons.

Like his dad, the Newtown & Chilwell product is a quality ball user.

In 11 games this year, Riccardi is averaging 14.7 disposals and 3.1 marks. He also kicked seven goals.

“If we’re 50-50 on players in the draft or bringing guys through, we’re biased towards the local guys.

“It has an added impact when there’s a family lineage as well.

“To see the Riccardi name out there, it’s going to be exciting for the Cats supporters.

Riccardi’s inclusion is among six changes to the team that had its finals hopes extinguished by Coburg in Ballarat last week.

Veteran midfielder Shaun Higgins will return from knee surgery to push his case for a late recall to the Cats’ AFL team in the run to September.

“He’s fought really hard to give himself the chance,” Scott said.

“He’s been a real asset to us off the field through this period; he’s really invested.

“And he’s just keen to throw everything at it so that if an opportunity arises, he’s ready.

AFL emergencies Zach Tuohy and Sam Menegola have also been named but are likely to play at the higher level, while VFL listed duo Ollie Tate and Ben Lloyd have been recalled.