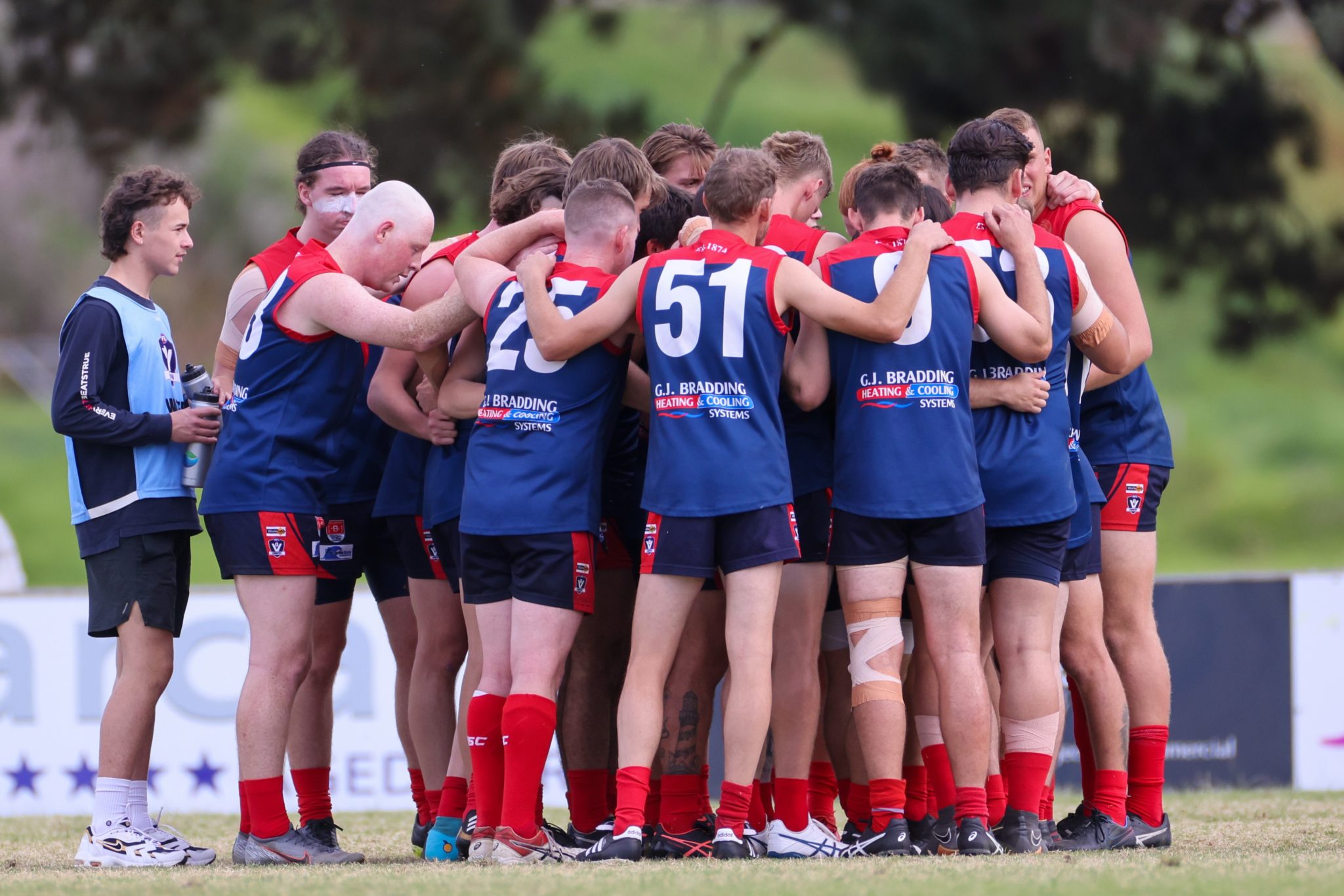 OUTGOING Portarlington coach Pete O’Connor has urged the current playing group to stick together as the club battles through one of the most challenging on-field points in its almost 150-year history.

However, O’Connor, who will finish with 30 games under his belt at Portarlington despite spending three seasons at the club, has seen signs that the wheel might be starting to turn.

“Our second half against Modewarre was really promising,” he said. “It was seven goals to two, which, from our perspective, is a pretty good result.

“You could start to see the benefit of the guys playing between 20 and 30 games together.

“It just seems to be jelling a bit, so that’s the bittersweet part of stepping away.”

O’Connor is confident with more experience Portarlington has a group of players to take the club forward.

“There’s a core of at least a dozen players – maybe even as many as 15 – that could develop into pretty handy BFL footballers, and some of them really good BFL footballers,” he said.

“The enthusiasm is still there; we’re still getting mid-to-high 20s on the track every Tuesday and mid-to-high 30s on a Thursday.

“So, it’s not a club racked with doom and gloom.

“On that basis, I’m hoping most – if not all – of the guys will hang around, and the list can be improved on.”

O’Connor’s tenure will finish against the club he entered the Bellarine with.

He spent three years in charge of Barwon Heads between 2012-14, taking the Seagulls to a drought-breaking finals appearance in his final season at Howard Harmer Oval.

“The irony hasn’t been lost on me.

“There’s a couple of guys I coached still running around, and I know a lot of club people really well.

O’Connor has admitted to mixed emotions heading into Saturday.

“When you come to the end of anything, you think, ‘what am I going to do when it’s not there’,” he said.

“I’ll be relieved that it’s over, but I can look back and think, ‘at least I did something’.”

Image: Another tough season comes to an end for Portarlington on Saturday. (Sports Media Image/Marcel Berens)