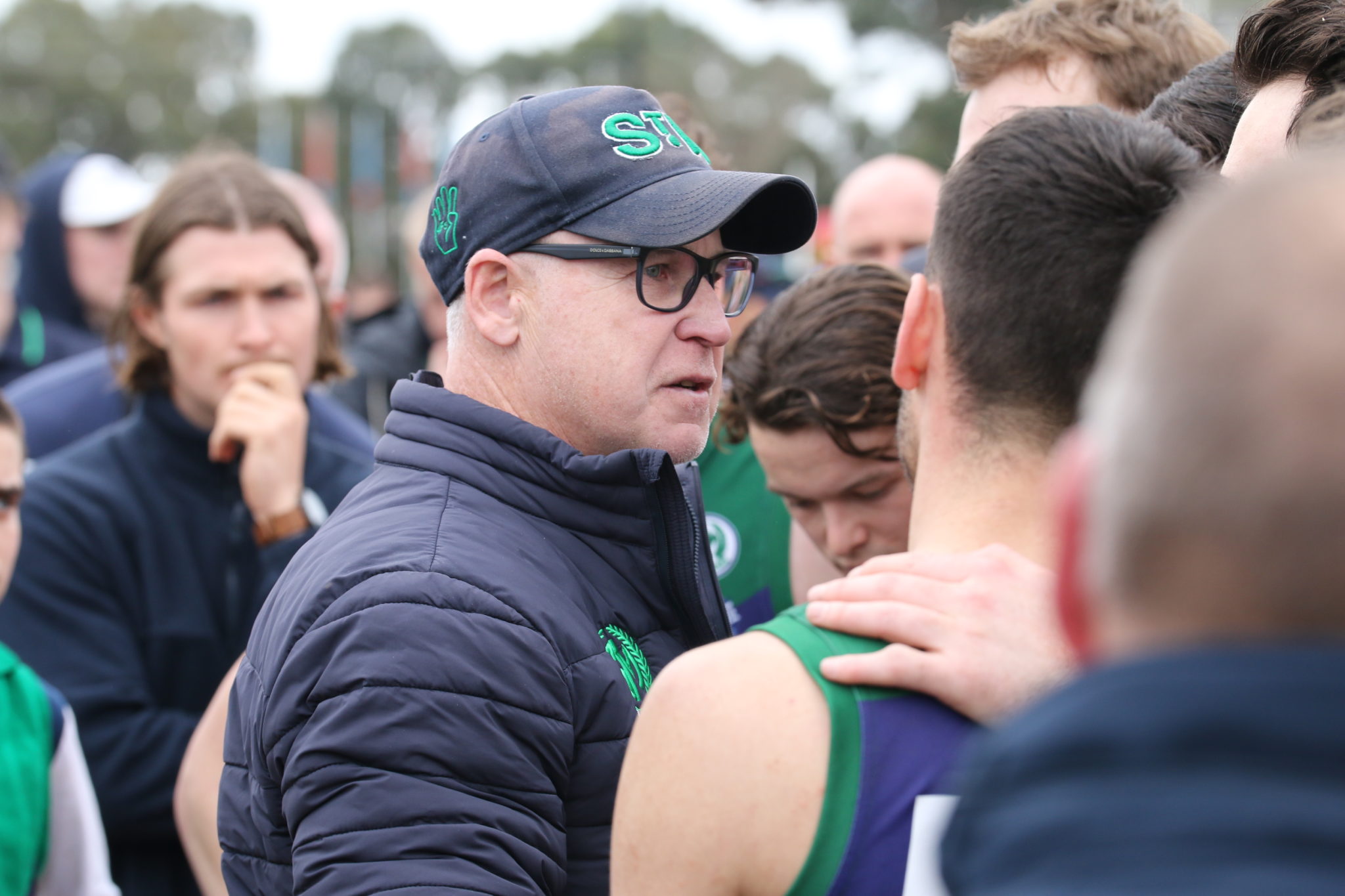 In a contest that saw talented Saint Brady Pritchard suffer a potentially season-ending injury and Newtown & Chilwell captain Matt McMahon reported and offered a one-week suspension, St Mary’s grabbed its 15th victory of the season, 11.13 (79) to 9.8 (62).

The Saints can only concede the minor premiership if it loses its remaining matches to Grovedale and St Joseph’s and Colac beats Newtown & Chilwell and South Barwon over the last fortnight of the home-and-away season.

“We just spoke about recovering really well. It’s a six-day turnaround into Grovedale, and we’ve got to get that job done next week.

“We’ve been planning for weeks that that would be the outcome … even pushing the Joeys game back (to August 20) was making sure we didn’t end up in a situation where we had two byes in a row.

“Whilst you don’t want to think too far ahead, you do have to plan as coaches to get the right outcomes.”

Both teams went into the contest without a host of key players, with captain Jack Blood, the dynamic Max Augerinos and key defender Josh Jaska missing for St Mary’s.

However, the Saints led all day, pushing the margin to 20 points in the third quarter before the Eagles got as close as four points early in the final term.

Pritchard was forced from the ground during the second half cradling his arm with Keast expecting scans to confirm another broken collarbone and the likely end of his season.

“Our physio’s advice is it’s pretty obvious what the situation is,” he said.

“I think this will be his third busted collarbone, so I think he knows what he’s dealing with.

Newtown & Chilwell could be without captain Matt McMahon for next week’s clash with likely qualifying final opponent Colac after being reported for an incident with St Mary’s ruck Nick Nott just before three-quarter time.

McMahon, who was the subject of muted booing from some section of the crowd after being involved in a collision that resulted in a broken jaw to star Saint Harry Benson in Round 11, received a yellow card.

“We’d like to review the vision and see what was in it,” McMahon said. “He doesn’t think there’s much in it.

“It’s worth a look at this late stage in the season.

“We’d love him to play; he’s already missed a week a couple of weeks ago.

VFL listed Liam Fiore may also come under scrutiny for a high fend-off that left Saint Harry Kol with a bloody nose.

Despite the loss, Newtown & Chilwell remains a game and nine per cent clear of Leopold in third place.

The only way the Eagles could drop to fourth is if they lose heavily to Colac and the Lions hand North Shore a hiding.