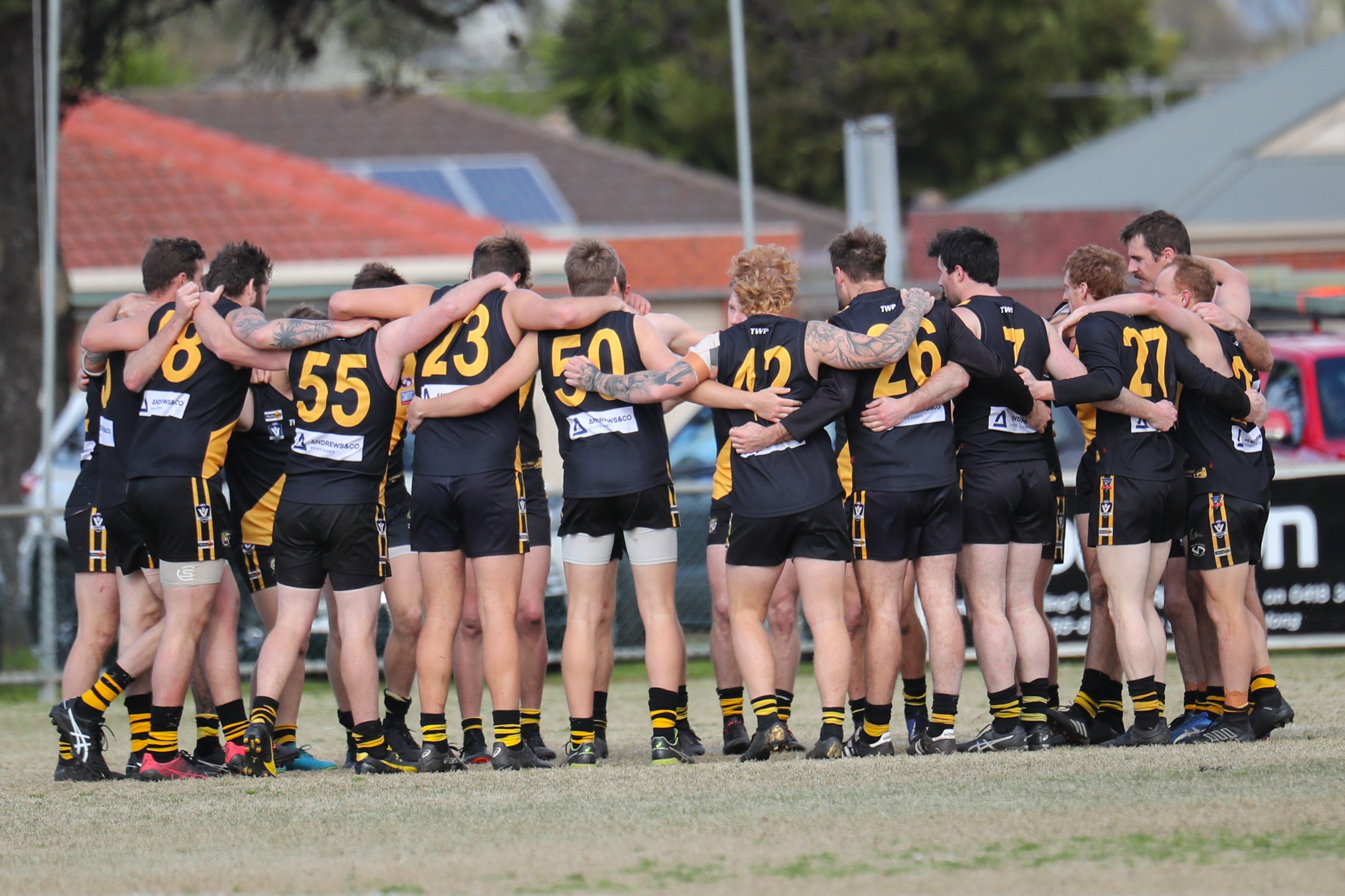 Bannockburn remains in the box seat to meet Inverleigh in a mouth-watering qualifying final after handing Thomson a 79-point hiding at Godfrey Street.

The visitors jumped out of the blocks with a seven-goal-to-one opening quarter on their way to a 23.20 (158) to 9.5 (59) victory, which sees them 31 per cent clear of fourth-placed Bell Post Hill with one round remaining.

They face a resurgent North Geelong at Victoria Park to round out the home-and-away season.

Andrew Mead-Harding played a lone hand in the Thomson forward line. He kicked five goals to take his season tally to 45.

The City Tigers are now officially out of the finals race.