Hinkley no certainty for 2023 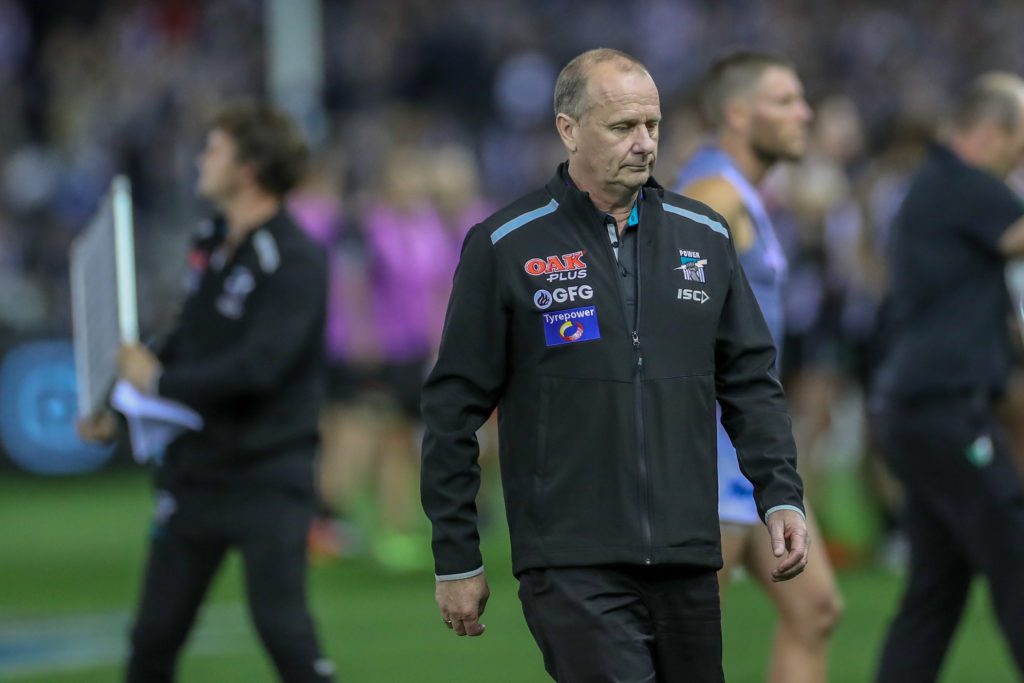 PORT Adelaide president David Koch has issued a stark warning to coach Ken Hinkley and everyone at the club for the final two rounds: “Turn it around or watch out.”

Hinkley is contracted for 2023 but is no certainty to see out the deal following the Power’s poor form this season.

Port (8-12) have slumped to 12th after a four-match losing run, which included Saturday’s 38-point defeat to Richmond.

A growing number of fans have started to express their desire for a coaching change, and Koch says he is not in a position to guarantee Hinkley’s job for next year.

The club boss was also quick to stress everyone at the club would be under review following the failed season.

“It’s not just about one individual person. It’s the whole program. Turn it around or watch out,” Koch told Fiveaa on Monday.

“Every single person’s role will be assessed at the end of the year, as we do each year.

“But this year (it is) more important than ever, and we are not afraid to make change. We have made plenty of changes (before). We have high expectations both on field and off field.

“We have got to win games, and we know that is what we exist to do.

“So we will be making those hard decisions at the end of the year across the entire program to make us better next year.”

The results of Port’s final two games of the season – against Essendon and Adelaide – could play a huge role in deciding Hinkley’s fate.

“I’m not going to give you the answer that you want because it’s not appropriate at this time,” Koch said when pressed about Hinkley’s future.

“We’ve got two games … that we’ve got to focus on and try to finish the year on a high and turn it around, and give our supporters and the board and everyone involved in the club … some hope that we have been improving.

“This year will be the worst finish that we have had in the last 10 years, and something has got to change, but that’s a whole-of-program decision.”