Minor premiership locked in for Tigers 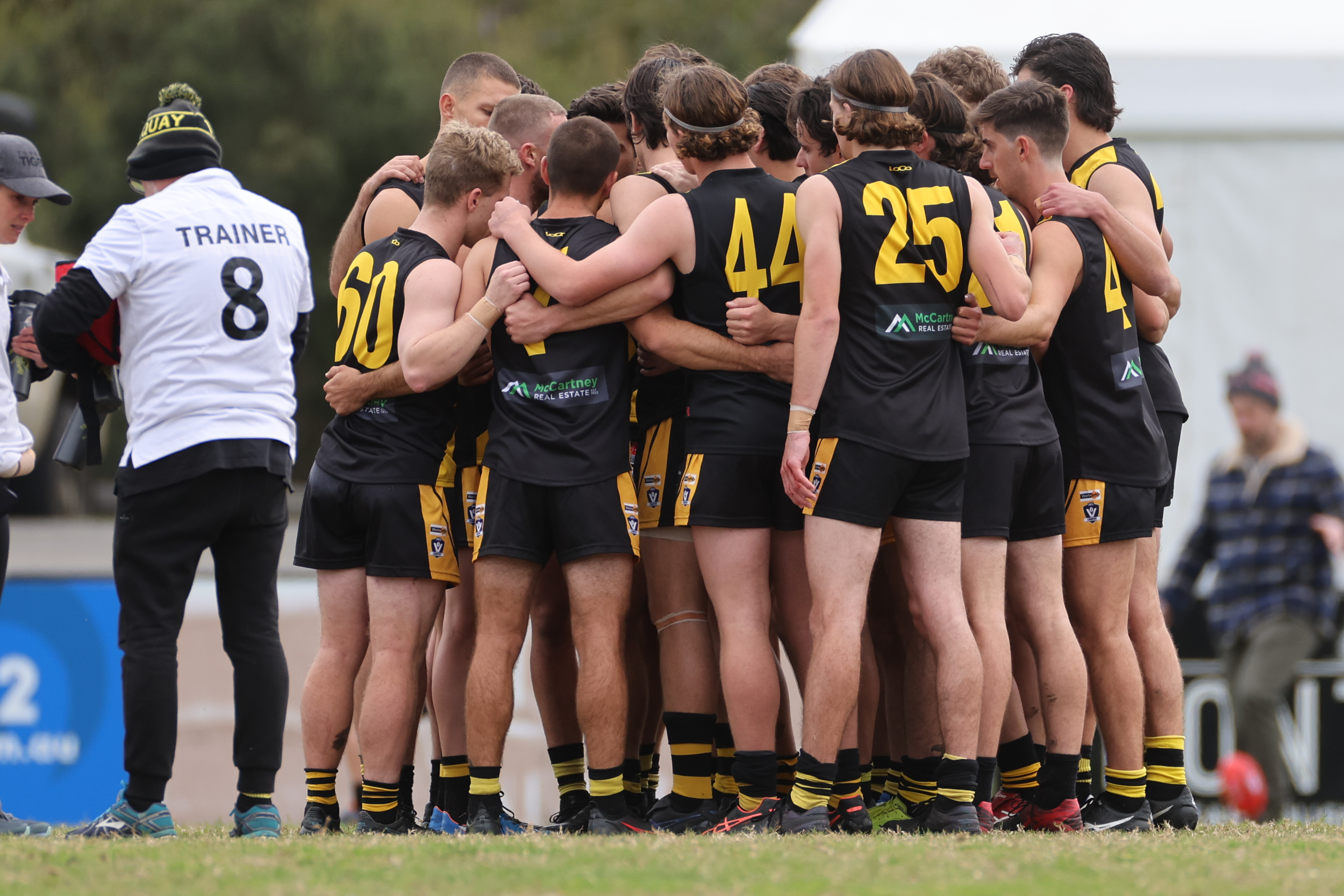 Torquay claimed the minor premiership and tuned up for the finals with a 63-point win over Queenscliff at Queenscliff Recreation Reserve.

After trailing by eight points at quarter time, the Tigers took control of the contest in the second term, booting seven goals to none on their way to a 17.15 (117) to 7.12 (54) victory.

Paul McMahon returned from a week off to kick five goals and was among Torquay’s best, along with Jack Heathcote and Sheldon Ham.

Jordy McIvor-Clark kicked two goals for the Coutas, who were best served by youngsters Sol Bowtell and Jonty Rush.