“No new injury” for Danger 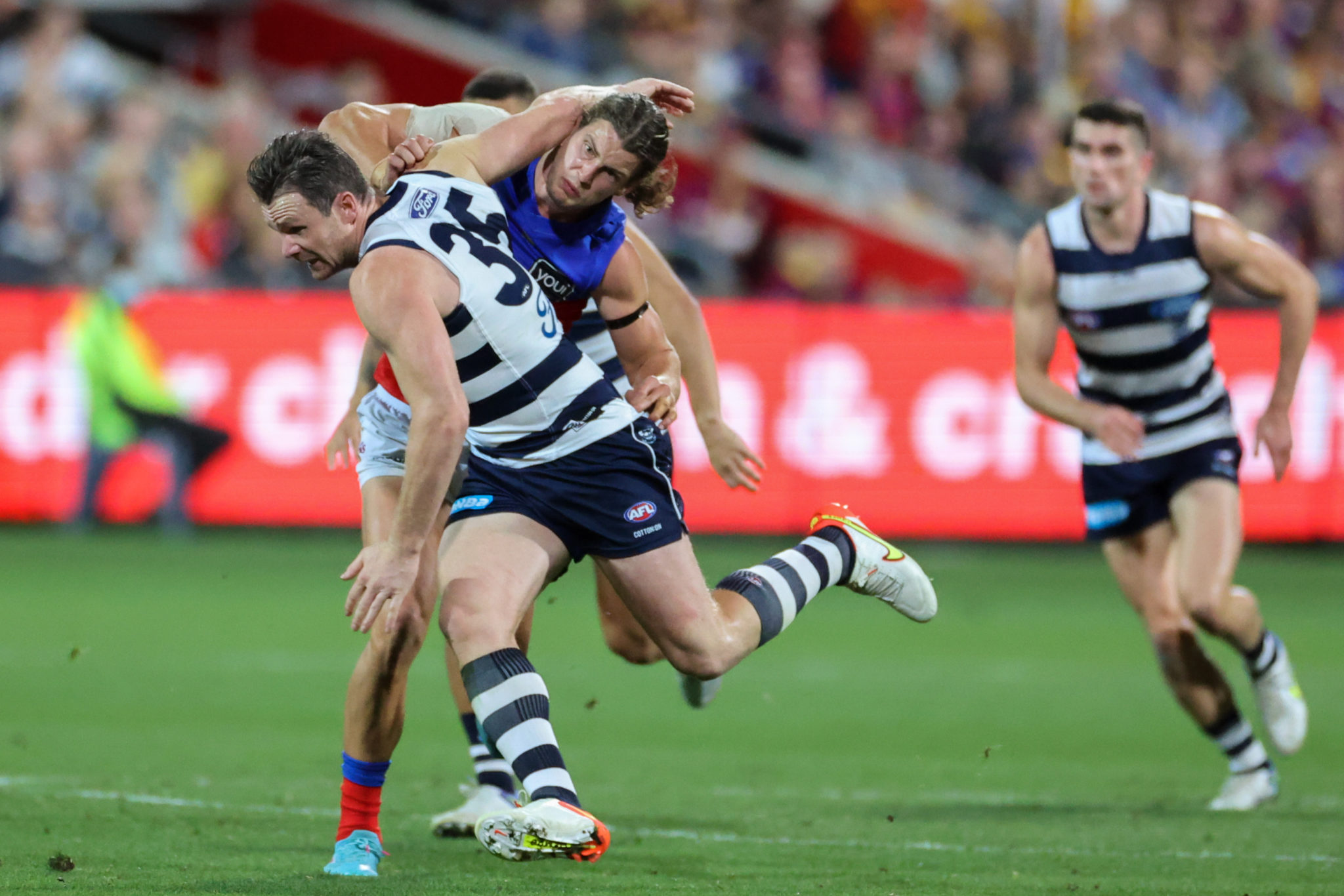 PATRICK Dangerfield has been cleared of any fresh damage to his calf after the Geelong superstar was a late withdrawal from Saturday night’s win over St Kilda.

The 32-year-old has undergone scans after experiencing calf tightness less than an hour before the first bounce of the clash with the Saints.

“Patrick has completed running this morning and will be monitored throughout the week to assess his availability.”

The Cats will welcome back captain Joel Selwood and the versatile Mark Blicavs after both were managed.

Dynamic forward Gary Rohan and young big Shannon Neale, both in the AFL’s concussion protocol, will have their availability to play determined later in the week.

Unfortunately, ruck Jonathon Ceglar will enter that protocol after suffering a head knock in the VFL win over Sandringham.

Young midfielder Cooper Stephens didn’t play on the weekend after hurting his hip flexor at training last week, and he’ll be tested later this week.

However, the first season of Grovedale product Cooper Whyte is over.

“Cooper has been experiencing groin soreness over the past few weeks that has prohibited him from participating in team-based training,” Taylor said.

“It has been decided that Cooper will continue to complete a groin strengthening program for the remainder of the season.

“Cooper will be unavailable for selection for the remainder of the season, but it is hoped that his reconditioning program allows him to complete a solid pre-season training block in preparation for the 2023 season.”