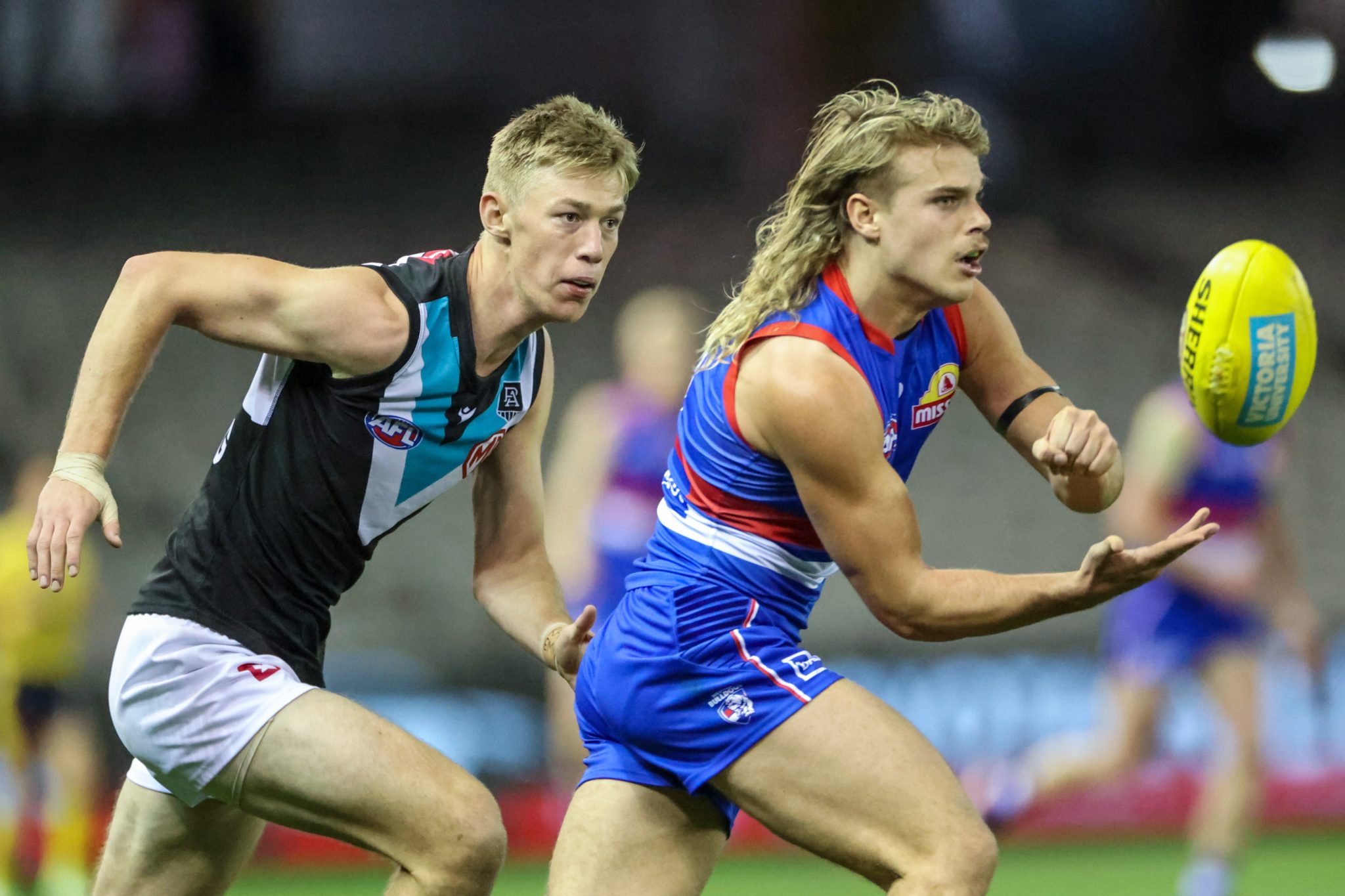 AFL cult hero Bailey Smith has re-signed with the Western Bulldogs for another two years, saying he will be forever in debt to those at the club who have stuck by him.

Smith received a two-match ban from the AFL earlier this season after images emerged of him with an illicit substance on social media.

The 21-year-old apologised for the incident, saying he spiralled out of control following last year’s grand final loss as his mental health declined.

Smith’s new deal ties him to the Bulldogs until the end of 2024, and he praised the club for helping him through some tough periods.

“The people in the club have stuck by me, I’ll be forever in debt to them,” Smith said in a statement.

“It wasn’t even in question to go anywhere else, purely because the people here have helped form arguably the most important years of my life.

“From when I got here when I was 17 to now be 21 – the people that have supported me through thick and thin.

“All the amazing times I have had with my best mates – it was a major part of why I couldn’t go anywhere else.”

The Bulldogs have also been able to re-sign Caleb Daniel, Tim English, Bailey Dale and Jack Macrae this season, but the future of Josh Dunkley remains up in the air.

The 10th-placed Bulldogs (10-10) will need to beat Hawthorn and GWS in the final two rounds to have any hope of playing finals.

It’s been a big fall from grace for last season’s grand finalists, but Smith is optimistic about the future.

“A massive goal of ours is sustained success. Certainly, with the power of the list, it’s exciting the next couple of years to see what we can do,” Smith said.

Smith, who was selected with pick No.7 in the 2018 national draft, came of age in the finals last season.

But as his cult following grew, his mental health worsened, and he was granted personal leave late last year.

Despite receiving the two-match ban from the AFL on top of a two-match suspension for headbutting during the game, Smith has been able to take his game to an even higher level this season.

The mullet-haired midfielder is averaging a career-high 30.3 disposals and 3.8 clearances per game this season.