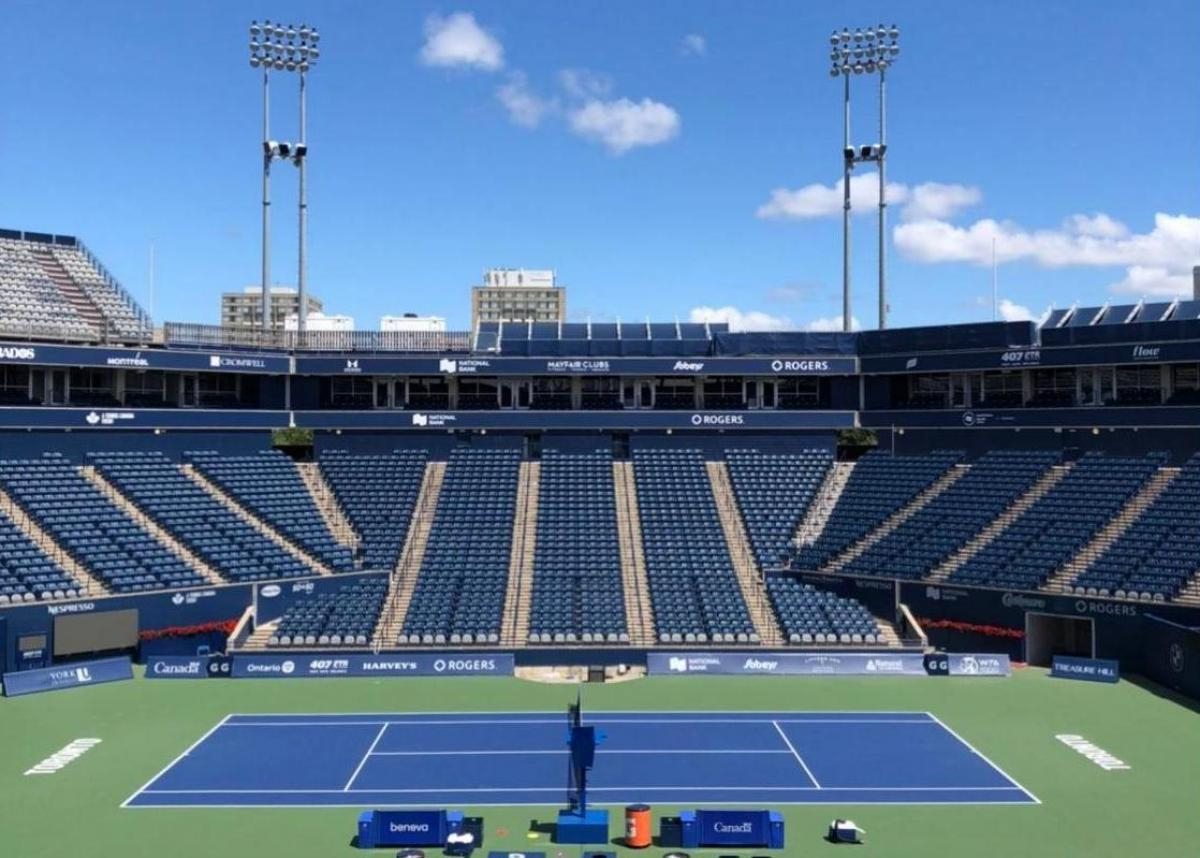 Three-time Canadian Open champion Serena Williams has moved into the second round in Toronto with a 6-3 6-4 win over Spain’s Nuria Parrizas Diaz, while Elena Rybakina and Simona Halep also advanced.

Williams, in only her second singles match since returning to action in June after a year-long absence from competition, was forced to dig deep on Monday during a nearly two-hour match played in hot and humid conditions.

One of 14 major winners in the main draw of an event that is a tune-up for the US Open, Williams clinched the opener on her fourth set point with a vintage smash that Parrizas Diaz had no chance of returning.

The second set was a much tighter affair and Williams did well to hold serve in a physically demanding 18-minute game during which she used her power to fight off four break points to level at 4-4.

The 23-time grand slam champion then broke her opponent after Parrizas Diaz sent a backhand wide and went on to serve out the match for her first singles victory since the 2021 French Open.

Up next for the 40-year-old will be either Olympic champion Belinda Bencic, the 12th seed, or Czech Tereza Martincova.

Romanian 15th seed Halep, who retired from her second-round match last week in Washington due to illness, needed just 61 minutes to secure a 6-0 6-2 win over Croatia’s Donna Vekic.

Halep breezed through the first set in 21 minutes and never looked back as Vekic grew more frustrated as the match wore on.

“It’s not about the result it’s more about how I played,” Halep, who did not face a break point, said during her on-court interview.

“I’ve been very aggressive and I played fast so that’s my goal and I am trying to do that every day.”

Halep, who won her two Canadian titles when the event was held in Montreal in 2016 and 2018, awaits either China’s Zhang Shuai or Spanish qualifier Cristina Busca in round two.

Rybakina, who followed her Wimbledon triumph with a first-round exit at San Jose last week, beat Czech Marie Bouzkova 7-5 6-7 (3-7) 6-1 to secure her first win as a grand slam champion.

Next up for the Kazakh will be a clash with either American 10th seed Coco Gauff or Madison Brengle while 2017 French Open winner, and 16th seed, Jelena Ostapenko will take on either Petra Kvitova or Alison Riske-Amritraj in the round of 32 after the Latvian recorded a 6-4 6-2 victory over Ukraine’s Anhelina Kalinina.