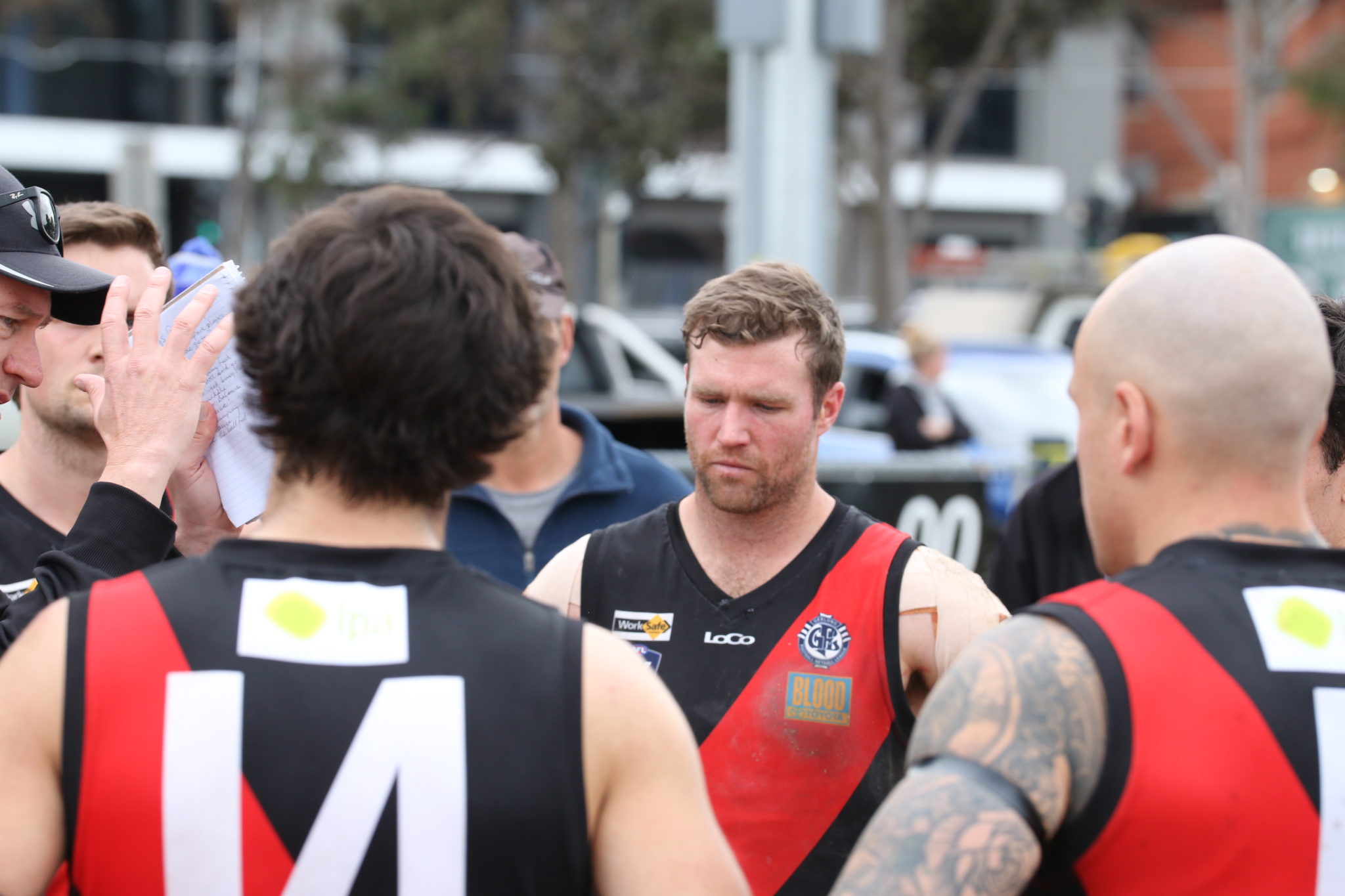 NEWTOWN & Chilwell will be without captain Matt McMahon for Saturday’s likely qualifying final preview against Colac after accepting a one-week suspension for an incident in the loss to St Mary’s on Sunday.

The three-time Mathieson medalist was offered the ban following the loss after he was yellow-carded and reported late in the third quarter of the clash at Anthony Costa Oval for carelessly striking Saints big man Nick Nott.

The Eagles accepted the ban on Monday.

Teammate Liam Fiore could also miss the meeting with the Tigers after being offered a one-week suspension for an incident that left St Mary’s Harry Kol with a bloody nose.

Following a request from the Saints to view the footage, the AFL Barwon Match Review Panel charged Fiore with carelessly striking.

Meanwhile, star Drysdale defender Tev Nofi would need the Hawks to progress to at least a preliminary final after he was offered a two-match ban after being reported for rough conduct on Modewarre’s Ollie Butler.

He was reported for an incident during the final term of Drysdale’s win over the Warriors at Community Bank Oval, with the MRP supporting the ban.

The retirement of Belmont Lions forward Brent Jacques might have come a week earlier than expected after he was charged with rough conduct on Geelong West’s Sam Edwards.

He has been offered a two-week suspension.

Jacques’ teammate Jed Evans will challenge his two-match suspension for rough conduct after being reported over an alleged dangerous tackle on Giant Tom Richmond during the third quarter of Saturday’s clash at West Oval.

Two kicking charges from the weekend have been laid.

Anakie’s Billy Goodwin has copped four weeks for an incident with Werribee Centrals’ Chad Buck that the Centurions asked the MRP to review from the third quarter of their win at Anakie Reserve.

And North Shore’s Hershcelle Carr has been offered two weeks for kicking St Albans captain Brent Vermuelen in the third quarter of the victory at Windsor Park.

Fellow Seagulls Harry Purcell is also facing a delayed start to the 2023 season after he was offered two weeks after being reported for charging Superaints Harrison Howarth.

Queenscliff’s Angus Naylor has escaped with a reprimand for carelessly striking Torquay spearhead Lucas Anderson during the third quarter of the Coutas’ final round loss.

Anakie and Werribee Centrals have been fined $650, with $150 suspended until the end of next year, following a third-quarter melee.