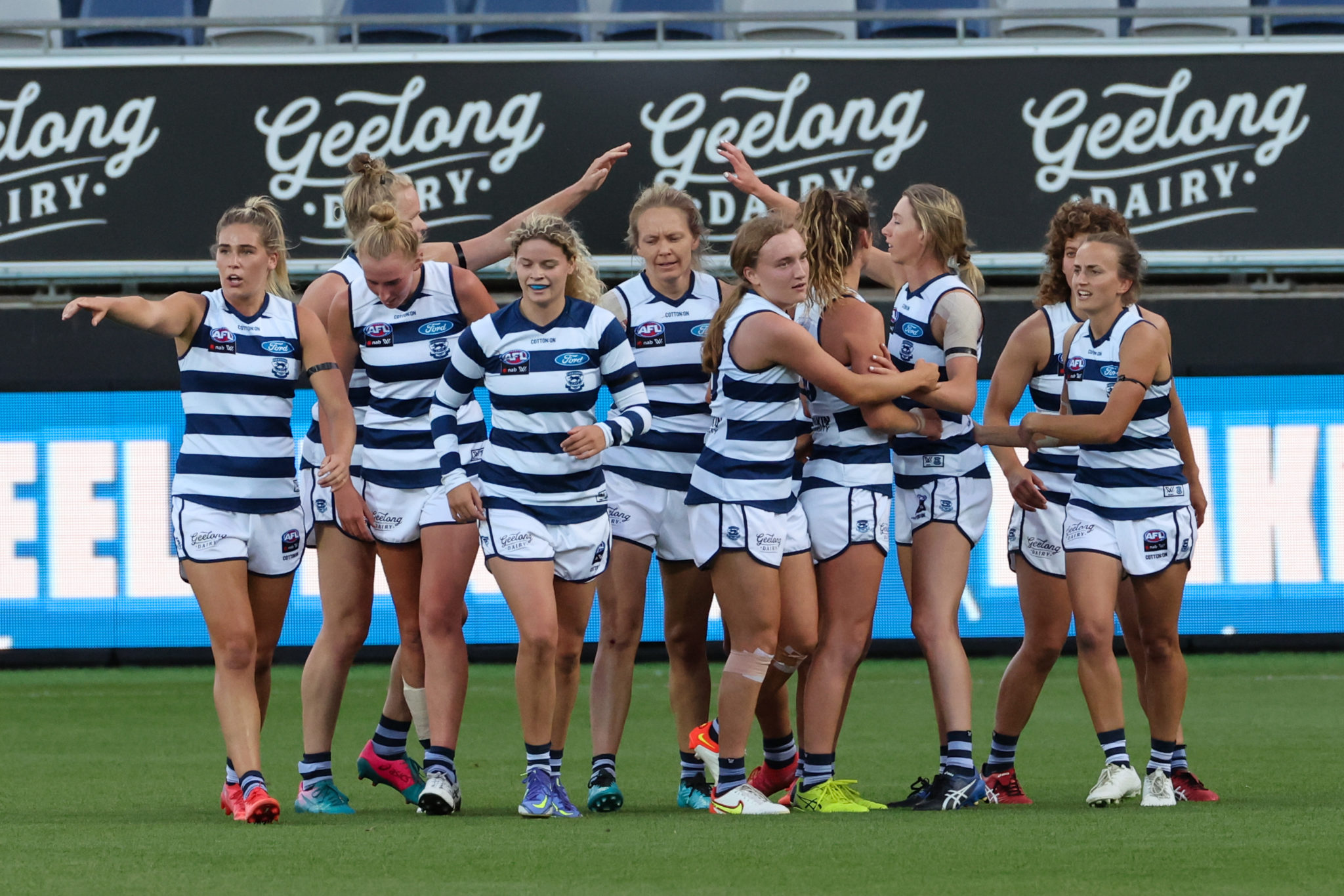 GEELONG will take a squad of 26 players to the Gold Coast for its only official AFLW practice match on Saturday.

Draftees Brooke Plummer, and Mia Skinner, in her second stint as an AFLW Cat, have also been named.

Not playing will be midfielder Renee Garing after giving birth to her first child in May, veteran defender Maddy McMahon, draftee Abbey McDonald, and rookie addition Sam Gooden.

Meanwhile, numbers for Geelong’s newcomers have been confirmed.

Bowen will wear the no.1 vacated by Rene Caris, Parry has taken the 5 worn by Jordan Ivey, and Scott has grabbed the 15 that belonged to Olivia Barber.

Houtsma will become the first Cat to wear no.31 at AFLW level.

After wearing no.30 last season, Annabel Johnson has taken the no.2 made available by Dani Higgins’ retirement.

Skinner will wear no.25, having had 20 during her previous stint.