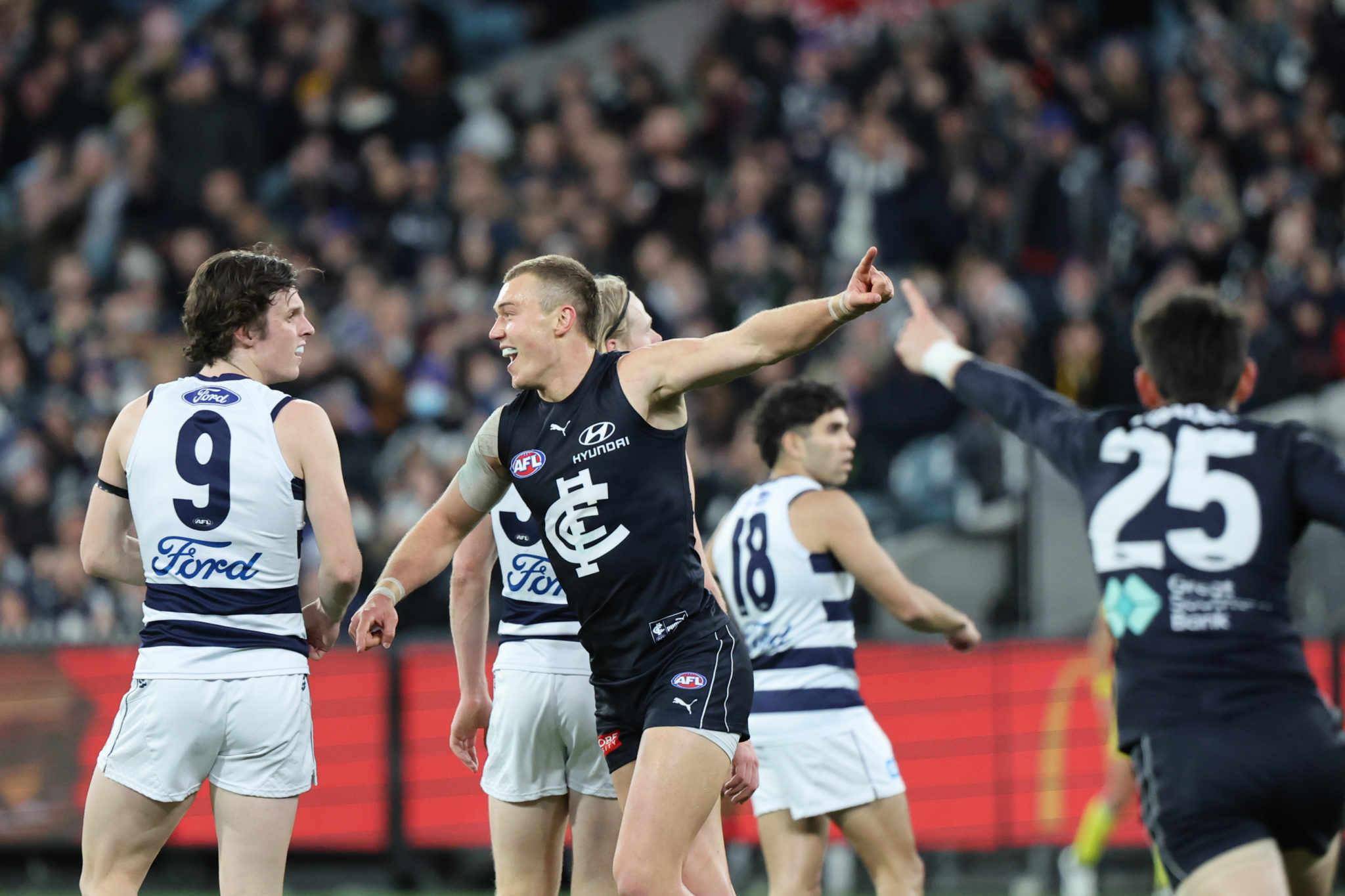 CARLTON’S finals hopes have received a huge boost after captain Patrick Cripps had his two-match suspension overturned at a marathon AFL Tribunal Appeals Board session.

After Cripps was unsuccessful in overturning a rough conduct charge at the AFL Tribunal on Tuesday night his hearing at the Appeals Board on Thursday night loomed as his final hope of having the two-match suspension squashed.

Christopher Townshend QC, acting for Cripps, argued that there was a “denial of natural justice” because AFL Tribunal chairman Jeff Gleeson failed to give directions to the jury on Tuesday night before they retired to consider their verdict.

Townshend said Gleeson himself had created confusion during the hearing by effectively stating Cripps’ action was a bump.

“In the absence of even Mr Cripps being asked if he wanted to bump his opponent … the chairperson later postures, ‘Can you bump and contest at the same time?’” Townshend said.

“(The jury was told to consider a) thesis that the chairperson has suggested rather than what the evidence has shown.

“A fair examination of the whole of the evidence could not support clear satisfaction that the player was doing something other than an incident where both players had eyes for the ball and both players contested the ball, as found by the Tribunal.

“We say for the foregoing reasons the Tribunal’s decision is infected by error and so unreasonable that it requires reversing.”

AFL counsel Nicholas Pane said a player could contest with his eyes on the ball but still be in the action of bumping.

Chair Murray Kellam and jurors Richard Loveridge and Stephen Jurica deliberated for one hour and 45 minutes before deciding in favour of Cripps.

All up, the session took more than four and a half hours.

“The Tribunal nevertheless found that the acts by Mr Cripps fell within the phrase in the bumping of an opponent.

“We are unable to conclude that the evidence before the Tribunal was sufficient to form this view.

“His (Cripps’) evidence was that at all times he had his eye on the ball and that his intention was to take possession of the ball in an aerial contest, and that he did not see Mr Ah Chee also launch for the ball.

“In cross-examination, it was never put to Mr Cripps that he bumped.”

Kellam also said the lack of directions given to the Tribunal jury before they retired to make their decision also denied Cripps “procedural fairness”.

The successful appeal means Cripps is free to play in crunch games against Melbourne and Collingwood in the final two rounds.

Currently seventh on the ladder with a 12-8 record, the Blues will need to win one of the two matches to guarantee the club’s first finals spot since 2013.

If Carlton loses both matches, they will need to rely on other results in order to stay inside the top eight.