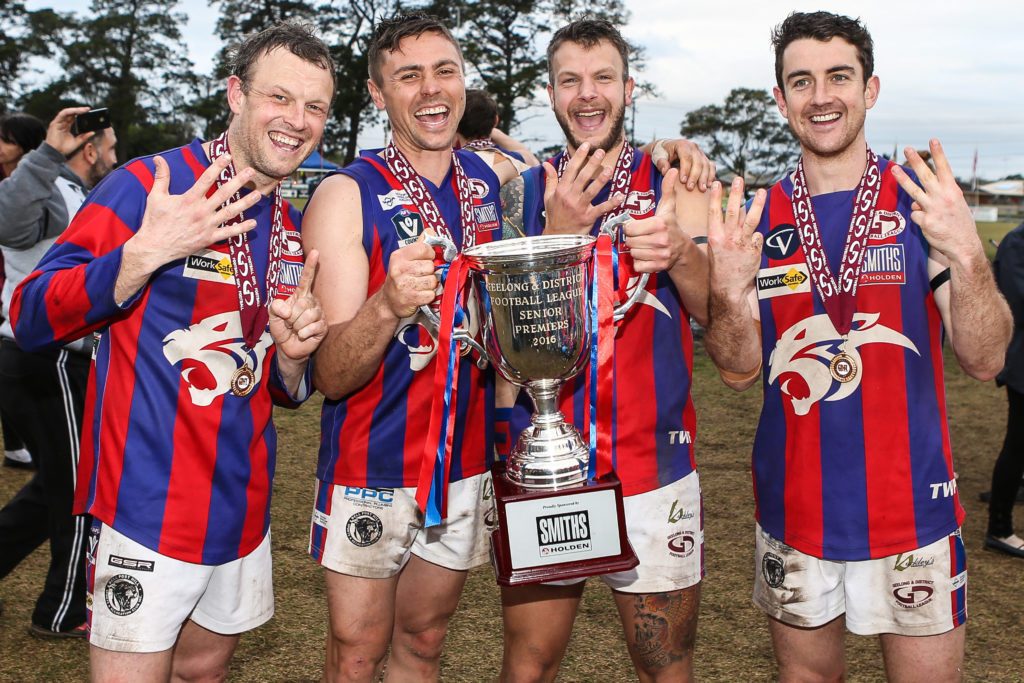 BELL Post Hill great Travis Fursland has been afforded the honour of playing his 300th game for the club in the seniors.

After what he thought was a farewell appearance in last week’s win over Corio, the ‘dead rubber’ nature of Saturday’s clash with likely elimination final opponent Geelong West means the 38-year-old will make one final appearance at 2 o’clock at Myers Reserve.

Playing in the seniors will allow Fursland to also celebrate the milestones of premiership teammates Tim Barton (200) and Nick Costello (100), as well as play alongside Caleb Bacely and Beau McNamara one last time.

“Tarry (coach Justin Tarr) said to me he’d love for me to play my 300th in the ones, but he couldn’t guarantee me that until this week as it depended on the Thomson-Bannockburn game,” Fursland said.

“If there was a chance of getting top three, there was a couple of guys that were in the best 22 that would come back in this week.

“But, it’s a bit of a dead rubber this week.

“That’s why I played against Corio because we weren’t 100 per cent sure how it was going to do down.”

A junior at Newtown & Chilwell, after undergoing two knee reconstructions as a teenager, Fursland joined some friends at Myers Reserve in the Panthers’ under-18s.

He made his debut in 2002 and became a vital part of one of the region’s most celebrated eras.

In 2017, he was part of the reserve grade success as the Panthers did the double.

“It’s easy being loyal when you’re winning and you’ve got a group of guys that would go to war for you,” Fursland said.

“I think that was the key to our success over that era.

“Everyone bought in … unbelievable.”

Fursland, who works a four-day on, four-day off roster, will play on in 2023, but his appearances will be more sporadic.

However, he is committed to playing in the 300th game of good mate Justin Rodriguez, who hasn’t played this season due to a battle with cancer.

“Then, on my days off if ‘Kegzy’ (Rodriguez) is short, I’ll just play it by ear.

“It depends if I’m working, but I’m happy to help him out where needed.”

As well as being an on-field contributor at Myers Reserve, Fursland is also giving back off the field.

He has co-coached the Panthers’ under-10 team this year, in which his youngest of four daughters and only son play.

“They’re wanting to run water, and all the kids love going out and seeing me play.”